Not too long ago, we told you about some pyramid schemes that went horribly awry. Well it turns out that, as you might guess, a lot more than just 10 corrupt businesses and swindlers have existed over the years, trying to take your money one pyramid level at a time. Pyramid schemes steal an estimated $10 to $15 billion per year from unsuspecting victims, and they truly are a threat to society.

The United States Federal Trade Commission has taken a stanse against MLMs, and they are working on changing the laws to redefine what it takes to be considered pyramid scheme. This means that you will be hearing about way more companies shutting down in the near future. Until then, you can feel free to speculate which ones will be taken down next in the comments below. If you drive a car, you already know that between monthly payments, insurance, gas, and repairs, the cost can seriously add up. So it’s really not all that surprising that there was a multi-level marketing company built to trick people into thinking that they could eliminate these expenses.

The Five Star Auto Club claimed that you could “lease your dream car for free.” The founders said that the average sales person earned between $180 and $80,000 per month. You just had to convince your friends and family to lease a vehicle through the Five Star Auto Club. The commission could go towards your car’s monthly lease payment, and if there was anything left over, you could get a check. As you might imagine, it’s very difficult to convince your friends and family to get a new car, and it’s not something most people can do multiple times a month. So the vast majority of their customers lost money leasing luxury cars they couldn’t actually afford in the first place.

In 1999, the Federal Trade Commission sued the company for being a pyramid scheme. The bank accounts of the company were immediately frozen, and the FTC shut down their website. It was officially closed in 2000, and they were ordered to pay back $2.9 million to their customers.

9. Madame Gil and Her Magical Cheese 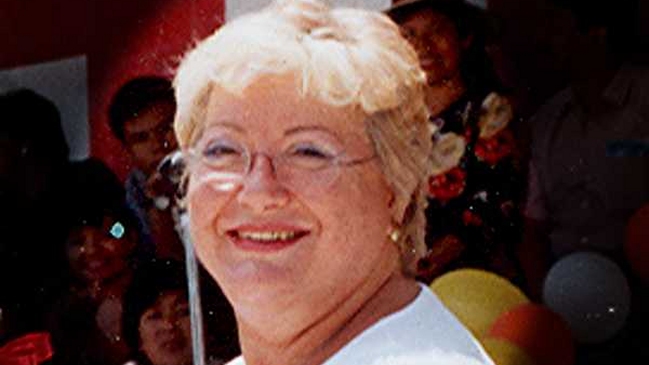 In 2005, a 74-year-old French woman named Gilberte Van Erpe started going by the name “Madam Gil.” She claimed that all major cosmetic brands have a secret ingredient in their products: cheese. As ridiculous as that sounds, she was able to go to Chile and convince people that this was very real.

For $400, women could buy a kit to make this magical cheese skin-softening cheese, and then turn around and sell it to cosmetic companies for a profit. Madame Gil got people hooked by giving out free samples. Ladies were instructed to mix milk with a powder mixture until it fermented, and then use it as a face mask. Milk and yogurt masks really do help make your skin, so women were convinced that this was real. Over 5,500 people bought the cheese kits, and they were encouraged to sell to their friends, because they would earn more commission. Madame Gil made over €14.5 million.

By the time the authorities in Chile realized what was going on, they found an abandoned warehouse full of rotting cheese. Madame Gil had already fled to the South of France. The company was shut down for good, and the authorities arrested the founder in 2008.

In 2009, a man named Kevin Trudeau launched the Global Information Network, or “GIN” for short. Sadly, they’re not referring to delicious gin and tonics. The Global Information Network sold memberships to an exclusive club of “successful” people from around the world. Once they pay for access to the club, they are also given the option to buy products to sell to their family and friends. Memberships cost a $495 sign-up fee, plus an additional $150 per month. But instead of getting great perks you would expect from a legitimate private club (Like, y’know… gin. Sigh.), it was really just an online chat community, similar to Facebook or LinkedIn.

For years, Trudeau was writing self-help books about success, and trying to sell products with promises that were far too good to be true. The Federal Trade Commission has hit him with multiple lawsuits since 1998, and he has been in and out of prison since then. In 2018, he uploaded a video on YouTube defending himself to his followers, just before going to prison for a 10-year sentence. Ever since the Great Recession of 2008, shopping malls in America have been closing, and historic department stores like Sears have gone out of business. But back in the early 2000s, one company called NextGen 3000 tried to claim that in the future, malls would continue to be so popular that people would want to go to virtual shopping centers. They claimed that you could curate a virtual shopping mall linking to products from various retailers, and earn a commission.

The company claimed that their top sales people earned up to $60,000 per week, if they could attract enough customers to shop at their online store. People could choose from the “Basic WebSuite” for $185, or the “Power Pack WebSuite” for $555, and they could pay additional fees to attend web conferences for professional development. The owners also charged $400 per hour for one-on-one consulting. In 2003, the FTC filed a complaint against NextGen 3000, and they are no longer in business.

TelexFree was founded in 2012, and they offered a VOIP Internet phone number similar to Google Voice or Skype. Clearly, this product already existed on the Internet for free, but people cared far less about how good the service was, and more about the promise that they could become millionaires overnight.

The company charged people for the opportunity to display TelexFree ads on their social media accounts and other websites, with the promise that if anyone clicked on their affiliate ad, they would earn a commission. Now, anyone who has ever used an affiliate link on the Internet knows that it’s hard enough to convince people to use your links as is, even when you’re getting them for free. But these sales people earned far more commission if they could convince their family and friends to pay the start-up fee so they could begin posting ads, as well.

In 2013, TelexFree made $1 billion in just one year. Yes — that’s billion with a “B.” By 2014, they filed for bankruptcy, claiming that the company was no longer profitable. Just one month later, their assets were frozen by the US Attorney’s Office, and they were charged with conspiracy to commit wire fraud. Turns out that just .1% of the company’s income actually came from selling the product itself, and the other 99.9% came from sales people recruiting their friends.

When done correctly, real estate investment can be a truly profitable business. Just like any other field, it takes years of study and practice to get it right, but that doesn’t stop some people from thinking they can be the special snowflake that learns all of the “secrets” practically overnight. The founders of an Arizona-based company called Five Star Capital Markets created a college called Nouveau Riche, which is French for “New Rich.” They claimed that if you paid to take their classes, they could teach you how to become a master of flipping real estate in just a few sessions.

This school was not actually college accredited, of course, but they still convinced 9,000 students to pay for classes. These students were also encouraged to ask a friend to come to class with them. From 2005 to 2006, they managed to take more than $5 million from 105 students who gave the school money for their first investment properties. In 2011, they were taken to the Arizona State Court, and ordered to cease operations. They were also ordered to return the millions that they stole from their students.

Back in 2001, the Internet was still relatively new, and many businesses were reluctant to begin selling online. A company called SkyBiz started in Tulsa, Oklahoma under the guise that they were a start-up aimed at helping businesses begin selling online. For a lot of people, this actually made a lot of sense, and they thought they could make money approaching local businesses to launch a website. New members were required to pay $125 for an “e-commerce web pak.” They could also pay additional fees to attend conferences. But, of course, you made more money if you recruited your friends.

The company grew so quickly it spread to other states. By 2003, SkyBiz established itself under various aliases in the United Kingdom, South Africa, New Zealand, and Canada. The FTC tracked the company across the globe, and forced them to shut down. A total of 20 million victims had been scammed by Skybiz. Ever since the mysterious founder of Bitcoin, Satoshi Nakamoto, gifted the world with blockchain technology, countless numbers of people have created their own cryptocurrencies with his open-source software. Just like the Internet, blockchain technology itself is not inherently a scam. At the beginning of the dot com era, the internet became a go-to-place for pyramid schemes. Today, the same sorts of pyramid schemes are being created with blockchain.

Bitcoin Funding Team scammed people out of their money by promising that for as little as $100, they would do their magic and turn it into $80,000. The team also had a YouTube channel, and consultants who offered one-on-one advice.

In reality, trading cryptocurrency is identical to playing the stock market. Yes, it’s possible to make a profit, but it takes years of practice and studying the market to do it well. But, of course, the Bitcoin Funding Team promised that they could double their money in 50 days or less- or make even more by recruiting their friends. In 2018, the FTC caught up with them, and shut it down. Ahh, the 1990s. We do not miss you. This was years before the Internet had blogs with free information about travel reward points, and there was no way to easily book your flights online. Back then, all of this was considered to be valuable industry-exclusive information, and people were still going to travel agencies to help book their vacations. And as you can tell by now, you make a pyramid scheme out of practically anything.

A married couple named Daniel and Denise Dimacale started the World Class Network Travel Agency set up shop in Calabasas, California, which is one of the wealthiest neighborhoods in the United States. They convinced 51,000 customers to sign up for a tutorial on how to become an independent travel agent. World Class Network promised that if customers signed up, they could gain access to discounts and flight upgrades, as well as earn commission from booking vacations. But if they just sold those same start-up tutorial packages to their friends, they would make even more money than booking flights and hotels. In 1997, the FTC sued the World Class Network, and sought $3 million in damages. In the cinematic universe that is TopTenz, we can’t go too long without seeing an appearance from the world’s worst superhero, Florida Man. Just imagine, for a second: if Florida Man had to make a pyramid scheme, what would he do? Well, he decided to just try all the things.

In 2002, a husband and wife living in Florida really wanted to make their own pyramid scheme, and the particular business didn’t even matter to them. So they launched six different multi-level marketing companies with various products, just to see what stuck. Most of the people they went after were people who were unemployed, in order to push them into believing that they could make a lot of money from work-at-home businesses. When the state of Florida caught up with them, they were charged with 21 separate counts of racketeering, and they were both sentenced to 30 years in prison.