The idea of a mail order bride is so ubiquitous that there have been numerous movies, books, and most importantly, a TopTenz video devoted to the subject. Some might feel this is potentially sexist, treating women as some sort of rankable commodity for men. How would men feel if someone ranked husbands by country? Well, here’s our chance to find out!

For the purpose of ranking countries, we’re judging how sexist the society of the country in question is, the wealth of the population (because wealthier couples are more likely to stay married), how high the divorce rate is, and how many reports there are of domestic violence. One of the sources that will be frequently cited is a report by the World Economics Forum that measures how sexist a nation is by the educational, employment, and political opportunities available to women as well as their general health. We apologize to all the abusive, impoverished, divorced misogynists this approach may offend.

France is inextricably linked with romance, and its population was ranked the ninth most attractive in the world in a poll performed by Telegraph magazine.  It tied with Great Britain for #5 in rate of domestic abuse among members of the European Union. However, it isn’t that wealthy as far as developed countries go. The GDP per capita is  $42,500, which by the standards of developed nations is actually fairly low. Its domestic abuse rate is a rather high 44%. Its divorce rate is the ninth highest in the world at 53%.   All in all, France’s population does well enough by all the criteria of this list to place on it, but not super well at anything in particular.

Canadian men aren’t the kind that top any lists of most attractive males in the world (indeed, at least one ranking put them at least attractive). But in deeper, more meaningful ways, it’s still an promising country for finding husband material. It’s also one of the least sexist countries in the world, with nearly 40% of its upper houses of government being female. It also has a relatively low divorce rate that has become even lower in recent years.  At approximately 25%, Canada’s reported domestic abuse rate is one of the lowest in the world. This all might make Canada sound like the “nice guy” country of the world, but don’t hold that against it.

A poll of Thai women revealed that they found the idea of marrying an Englishman specifically the most appealing of all the nationalities. Also, British accents have been found by polls to be the sexiest accents, even more than a French accent, as British magazines like The Telegraph report with obvious glee. Unfortunately, British society isn’t feminist enough to even place in the top 23 least sexist nations according to the World Economics Forum. Its domestic abuse situation is bad enough that 44% of the population has experienced it. The nation also has a pretty high divorce rate, 48% by the time their children are 16. Additionally, their average GDP is only about $42,000. So really, is all that sexiness worth it?

Sweden is a very wealthy country with a GDP that of approximately $58,000 per capita. Also, men from Stockholm have also been voted the most handsome in the world by polls like the one conducted by Travel Digest. But there’s a very unfortunate reason that it’s been dropped down to #7 even though it would otherwise be the running for the top three. Sweden has a very large domestic abuse and sexual violence problem, coming in at number three in relation to the rest of the European Union. Despite years of effort, the rates haven’t dropped in recent years. Evidently it remains a potentially hazardous population to find a husband in, even with all the material wealth and hotness. Not to mention that the divorce rate is the 2nd highest in Europe.

Ireland does not have a record of being a very progressive country. Indeed, it didn’t even legally permit divorce until 1997, well after most of the rest of the developed world. Still, economically, its GDP per capita is roughly $50,000, which is quite robust and in recent years it’s been rated the fifth least sexist country in the world. Its domestic abuse rate within marriage is about 20%, which is relatively low. Though it has been climbing rapidly in the past decade, its divorce rate is the 2nd lowest in the European Union. Not only that, but  it has provided a surprising boon to the women of the world: Ireland has a very successful mail order husband business. Apparently that means that they’re in demand for the women of the world that want to be able to have more claim that usual to the pants in the family. What a good sign for progress! Australia also seems like it would be a slam dunk to be in the top three or so. Its male population has been shown by surveys to be unusually attractive and it also delivers on the wealth front with an average income of roughly $67,000, which is close to $14,000 more than the average citizen of the United States of America. It even looks like it is significantly better off than Sweden on a social level because a study claimed that it had the lowest domestic abuse rate in the world. The country’s divorce rate is barely above average among UN countries. Unfortunately, closer analysis shows that Australia still has significant problems with how it handles domestic abuse. Its own parliament has criticized how its law enforcement officers treat domestic violence, and the rate of violence has been called “not much lower than (that of) developing countries.”

Who would have thought that one of the richest populations in the world would be Norway? Per capita the GDP is a staggering $100,000, not far shy of twice what America’s is. The society is very feminist with 56% of the elected politicians being female. Marie Claire ranks Norwegian husbands as being especially attractive. Additionally, with a 40% divorce rate (not particularly high, relatively) the Norwegian government went to the trouble of releasing messages to the public, supporting going on date nights to try to improve marriages, which was thoughtful. But it has an enormous problem in that it does not criminalize sexual assault within marriage. A 2004 study estimated that one in every six Norwegian women was a victim of domestic violence. By 2011, the rates of reported violence increased more than 500% since 2005, indicating how much the 2004 rate might have been underestimated. Coming from a background where that sort of belief is socially permissible can be very problematic, if not hazardous.

Yes, TopTenz is an American website, so it might seem like a very biased choice. Also, since the new millennium began, America has done much to alienate itself from the rest of the world, and as such is no longer the superpower it used to be. Still, the American male population has a huge amount to recommend it. $53,000 GDP per capita may not sound quite so huge as it once did, but it’s a country with one of the lowest domestic violence rates in the world. Business Insider ranks the country at only the 22nd least sexist in the world, but even polls like that conducted by the British magazine Telegraph report that Americans are the most attractive people in the world. Probably the biggest mark against America as far as bachelor eligibility goes is that the divorce rate is the 10th highest in the world at 53%. 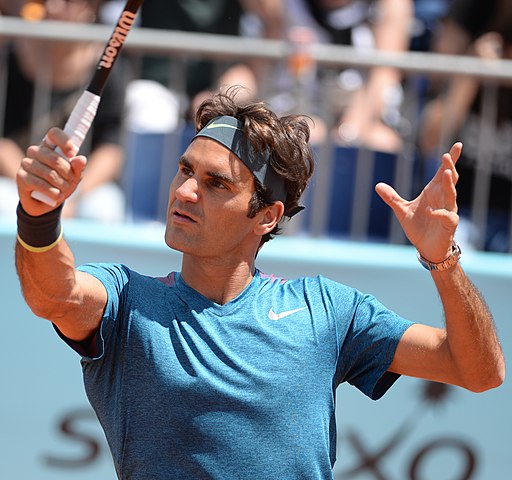 Switzerland ranks as the 10th least sexist country on Earth, its domestic abuse rates are a relatively small 20%, which is well below the global average, even by the standards of the developed world (for comparison, it’s less than half of France’s). The country’s male population is heavily praised by the World Countries Awards, which in 2015 said the country has both the nicest population and the most handsome men in the world. And at a GDP of $84,000 per capita, there’s a lot of wealth to go around. It’s 41.19% divorce rate is well below that of a number of other developed nations, too.

Iceland is sometimes rated one of the most feminist, if not the most feminist nation, in the world. As indicated by WeWomen.com, it’s a nation whose political structure is much more female than the average for developed nations. Notably in 2010, legislation was passed which received majority approval to ban pornography online on the grounds that it degraded women and men too. Any population that is willing to make a sacrifice like that for the sake of its female population is full of husband material no matter how you look at it! Since also per capita they’re extremely strong, happy, and healthy, the discerning bride-to-be probably has no worries on the physical front too. The estimated rate of domestic violence is 30%, which is fairly low compared to many developed countries. The average income is only about $47,000, but that’s only slightly less than America, so it’s a minor offense in the grander scheme of things. If you’re really conservative, maybe the fact Iceland has an extremely high divorce rate would be a problem. However, reportedly, Iceland has a rather casual attitude towards divorce too. Really, if a marriage has to fail, isn’t it better for it to fail casually?