Everyone’s seen a bat before. They’re basically the slightly less feathery and way more furry birds of the night, flapping their way around the place until they find a nice big hairdo to get stuck in, the owner of which they’ll probably infect with rabies. Even if it’s not about to turn into a hungry vampire, most people probably don’t want to hang around bats for too long, just in case. But like bug-eating icebergs, there’s more to them than meets the eye.

10. There are over a thousand bat species There are about 1240 different species of bat, and that’s just the ones we know about. In fact, they’re one of the most varied animals on Earth. It’s thought that bats account for 20% of all mammal species. Imagine someone with way too much time on their hands lining up every sort of mammal on the planet. They’ve got every kind of rat, cat, dog, ape, whale and so on and so forth, and still the bats outnumber any other animal there. One in every five creatures in that big hairy line is a bat. And seeing them all there in the same place, one might be struck by how weirdly different they all are. Out of these hundreds, the US is home to less than fifty different species of bat which makes it easy to forget that they can grow to be enormous, like the tropical and aptly-named megabats that enjoy a 6 foot wingspan, or tiny like the equally aptly-named bumblebee bat of Thailand, the world’s smallest mammal at only about an inch long.

They’re vital pollinators and seed dispersers. Just like bees and some birds, a lot of bats go flitting merrily around from flower to flower, drinking the nectar, moving pollen between plants and spreading seeds around through their poop. In fact, hundreds of things we use every day are only available thanks to bats. Things like wild bananas, avocados, peaches, mangoes, cashews and many more depend on them. And that’s just some of the food. Bats also ensure the survival of seventy-two species of medicinal plants as well as dozens of others needed for timber, fibres and dyes. And as if that wasn’t enough, one of the most important plants of all is also bat dependent – agave. That’s right. If it wasn’t for bats, we wouldn’t have tequila.

They’re incredible pest control. You’ve probably heard this before. Bats eat insects, no one likes insects, everyone’s happy. You might have heard it said that a single bat can take down 1200 mosquitoes an hour. Unfortunately for us, but fortunately for mosquitoes, this is only half true. While they probably could do it, bats tend to prefer snacking on meatier bugs like caterpillars and beetles. The good news is that a lot of these are major agricultural pests. In a recent study, some researchers decided to try to calculate just how much money bats save American farmers in pest control each year. They came up with a figure of $3.7 billion. At least. That was the bare minimum. At the upper end it was about $50 billion. Either way, it’s enough money to buy every bat in the country something nice for their birthday. 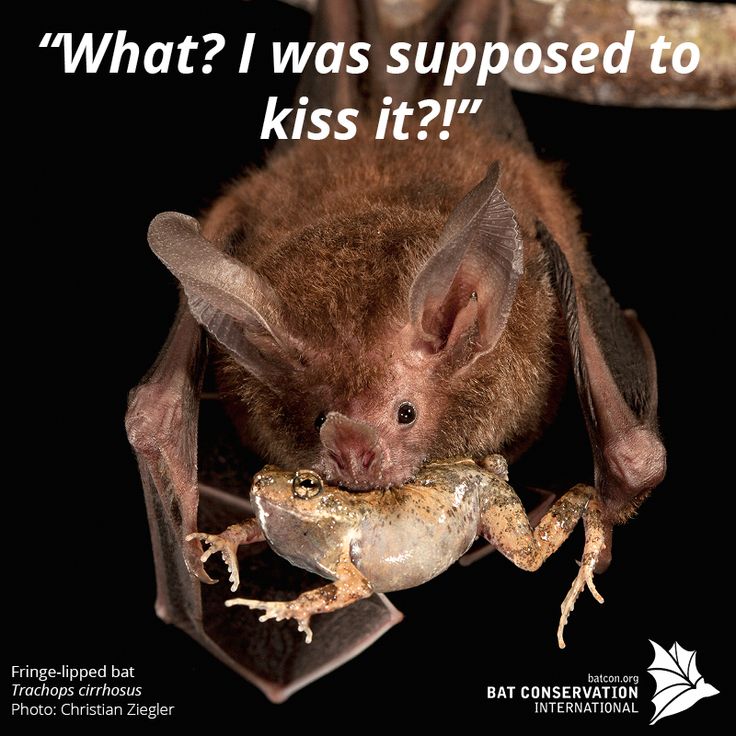 Vampire bats are amazingly good at what they do. In fact, they’re the world’s only parasitic mammal (other than your deadbeat roommate). It’s a dubious claim to fame but a well earnt one because vampire bats have evolved to be impressively good at getting at the red stuff. Firstly, they’re able to locate and tell individuals apart just by the sound of their breathing. This means that if they find a particularly good source of food, for example a cow whose blood tastes like chocolate, they can find that chocolate cow over and over again every night without getting confused by all the other less tasty cows in the paddock. On top of that they also have three heat-sensing receptors on the tips of their nose, each of which can be independently pointed in a different direction. Not only are these strong enough to let them detect body heat at a distance, but they’re also sensitive enough to let them know where all the best spots are, places where blood vessels are close to the surface for easy access. When they find a likely target, they get down to the first order of business – a haircut. Using specialised teeth, they can, if necessary, shave away whatever hair or fur is in the way before biting. Once they do get their teeth in the target their saliva comes into play. It contains a compound that prevents blood from clotting, letting the bat happily slurp down the meal until it’s done. It’s a good thing vampire bats are so good at what they do, because they generally can’t survive more than a couple of days without eating. So if you ever do find yourself getting chewed on by a vampire bat just remember that you’re saving its life. And then go to a doctor. Fast.

6. Not all bats eat fruit and insects Some bats prefer bigger prey. It’s not all blood-sucking and insect-eating. Some bats are proper hunters. For example, several species have evolved specially to catch fish. Using their echolocation, they can discern the smallest tell-tale ripples on a lake. They’ll then swoop down and grab fish out of the water with their clawed hind legs, carrying them back to a nearby perch. Others like Australia’s ghost bat will go after just about anything – rodents, lizards, frogs, nesting birds and even other bats – and will attack by dropping on them from above, enveloping its prey in its wings before killing it with bites to the neck. But none of these can compete with Europe’s greater noctule bat. While they migrate, some birds prefer to fly at night, ironically enough, to avoid predators. Instead they just make a nice treat for the noctule bats which are able to snatch even the quickest and most agile birds out of the air in mid-flight, which kind of puts that amazing frisbee catch you’re so proud of into perspective.

5. Bats are intelligent and social animals

Bats are smart and social. For instance, bechstein’s bats form colonies, and then within these colonies they make little friendship groups of about twenty bats, each built around the females of an individual family. Although all bats in a colony tend to get along, they usually prefer to hang around in these smaller groups. Even if they haven’t seen each other for a while, they’ll still go back to these groups. And just like humans, their friendships can change. Individual bats might leave one group and join another, except for the directly related females. If granny leaves, then mum and daughter do as well. And amazingly enough, bats can actually recognise other individual bats just by the differences in the sound of their squeaks, and are able to situate other bats on a kind of mental map so they always know where the other is. This is thought to be one of the ways they’re able to fly by the thousands at high speed without turning into a bunch of fuzzy smudges on a cave wall. 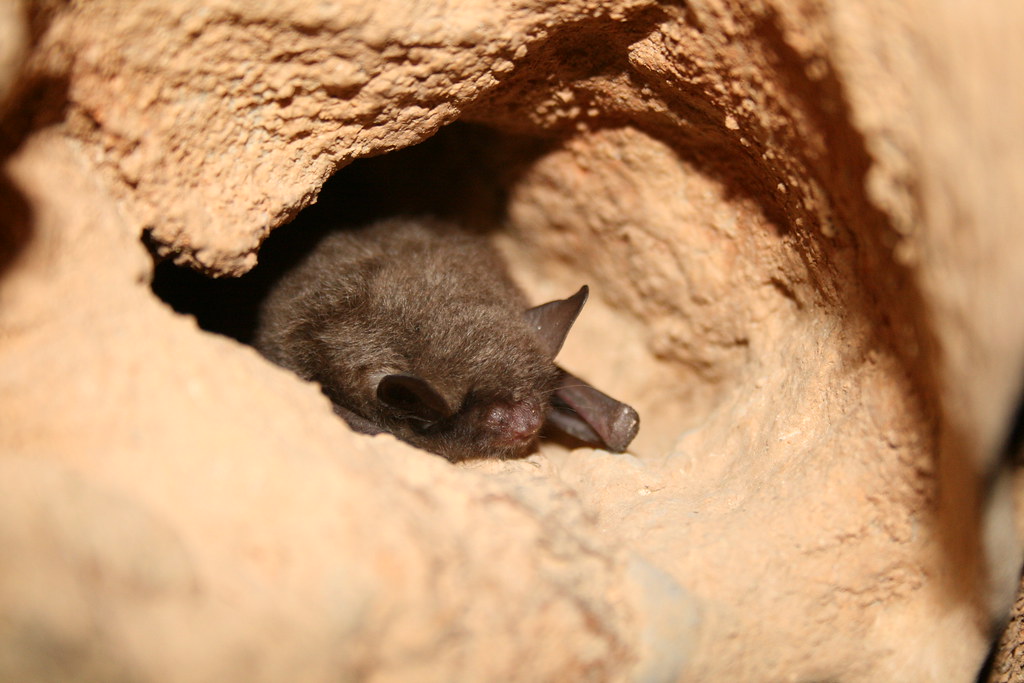 Bat hibernation makes bears look like they’re just having a cat-nap, to use a confusing zoo of a sentence. What we mean is that while bears basically just go to sleep for a couple of weeks at a time, bats practically freeze themselves for months on end. Their breathing slows down until it’s imperceptible and their heart rates drop to just 25 beats per minute, compared to roughly 400 beats per minute when they’re awake. Even more impressively, their body temperature drops to match the surrounding air, which is sometimes below freezing. They usually wake up for a couple of minutes every few weeks to have a drink, which they do by licking condensed moisture off their fur, although they’ve also been known to go for months without even stirring.

Sorry, we meant to say AMAZINGLY LOUD. Researchers have managed to determine that some species can make calls at up to 140 decibels. To give you an idea of just how loud that is, the pain threshold for humans, the volume at which sounds will cause physical pain, is only about 120 decibels. Rock concerts are usually 110-115. Not only are bats the world’s loudest air animals, but they’re also way louder than any land animal. So why don’t we get deafened every time a flock of bats flies overhead? The answer is that most of these bat noises are too high pitched for humans to hear. In fact, it’s thought that the high pitch is the reason they’re so loud. High pitched noises don’t travel through air as well as lower ones, so to compensate for this bats simply shout, rather than talk. It’s not yet known whether they’re told to use their inside voices when they go into a cave.

2. Bat echolocation and hearing is better than you know

Bats are the world champions of echolocation, making noises and then listening for the echo of those noises bouncing off other objects. While dolphins keep using their echolocation to get themselves stuck in nets, bats can use theirs to pick out the individual strands of a spider web. The thing that makes bat echolocation so good is the presence of a so-called superfast muscle, capable of moving about a hundred times faster than the average human muscle. They’re the only mammal known to have superfast muscles, and it’s this that lets bats make their squeaking noises up to 190 times a second, essentially letting bats “see” with sound, although only over a short distance. Of course, echolocation isn’t much use without amazing hearing to back it up. Well, bats have that covered. Their hearing is so good that they can pick out the sounds of insects moving in the undergrowth next to a busy highway. Meanwhile we have to ask someone to repeat themselves several times just to hear them over a bit of music.

In the United States, many bats fly hundreds of miles for their seasonal migrations, seeking out the same caves they’ve been using to hibernate for centuries. But this is nothing next to the annual straw-colored fruit bat migrations of Africa. Every November over eight million of these big bats will come to Kasanka National Park in Zambia and all will spend the next couple of months roosting in a tiny area less than half a hectare in size. Each tree there might hold up to ten tons of bats. For these two months, that tiny part of Zambia holds the densest concentration of mammals on the planet. At dusk they’ll take wing and blanket the sky as they strip the surrounding forest of the fruit that fills trees at that time of year, chowing down on as much as twice their own body weight in food every night. Researchers still aren’t exactly sure where these most bats go for the rest of the year, but suspect that they spread out across Africa. What they do know is that they cover a ridiculous amount of ground. Researchers who attached tracking devices to some of these bats discovered that they would travel well over 600 miles in a month. For a sense of scale, that’s roughly the straight-line distance from Washington DC to Detroit.