As a group, the Beatles did more to change the landscape of music, art, popular culture, and politics than any other band before or since. Although they were known as the “Fab Four,” John Lennon, Paul McCartney, George Harrison, and Ringo Starr did not reach the status of cultural icons solely on their own talent. As with any successful venture, the Beatles had a lot of help behind the scenes from individuals who did not share the spotlight. This list presents ten people who helped to shape a legacy that still runs strong, a half-century after their first appearance on American television. Before Yoko Ono, Jane Asher, Patti Boyd or Maureen Tigrett entered the Beatles’ lives, the one woman who had the most influence on the young Liverpudlians was a German photography student named Astrid Kirchherr. Kirchherr was convinced to see the Beatles by her boyfriend at the time, Klaus Voormann. Her photos of the five-piece band drew rave reviews, and became the public’s first view of the future world’s most famous band.

Her attentions, however, were quickly drawn to the brooding bassist, Stu Sutcliffe. She broke off her relationship with Voormann and began dating Sutcliffe. With him, she introduced perhaps the most iconic aspect of the early Beatles look — the moptop haircut that was all the rage at her art school. She convinced Sutcliffe to adopt this style and, after the other Beatles got through laughing at him, they quickly followed suit. The rest is history.

Before his untimely death at the age of 21 from a brain hemorrhage, Stu Sutcliffe was the band’s bassist while McCartney played rhythm guitar. A friend of Lennon’s from the Liverpool College of Art, Sutcliffe was more interested in painting than music; he reportedly only joined the band to be close to Lennon. When Sutcliffe sold a painting for 65 pounds, McCartney talked him into using the money to buy a Hofner bass guitar, which would later become McCartney’s signature instrument. Sutcliffe was never a strong musician, but won over the girls in the crowd with his rendition of Elvis Presley’s “Love Me Tender.”

In addition to being the first Beatle to wear his hair like a Beatle should, Sutcliffe shared credit for naming the group “The Beatles,” along with Lennon. 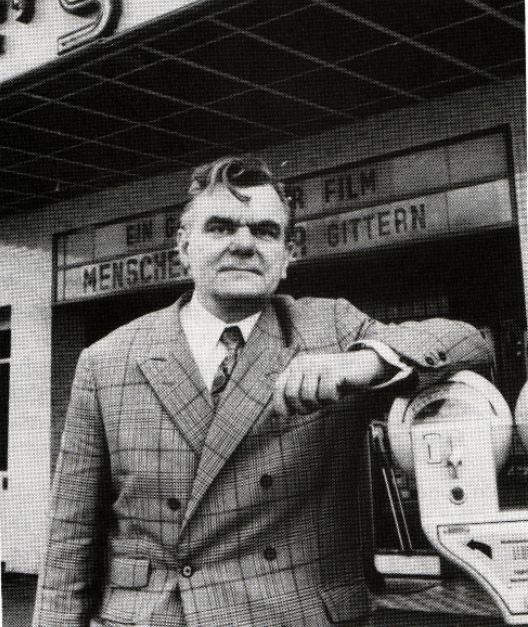 Koschmider operated several clubs, as well as the Bambi Kino theater, in the Reeperbahn district of Hamburg. He employed various Liverpool bands, including the Beatles, to play for his clientele of gangsters, dock workers, and prostitutes. The bands would play all night, thanks to Koschmider’s supply of German-made “diet pills,” without a break for weeks on end. The harsh conditions and tough audiences helped the Beatles shape their high-energy stage shows that would gain them worldwide popularity on their world tours.

Hey, we never said the Fifth Beatle had to be a sweetheart. New York DJ Murray Kaufman, professionally known as Murray “The K,” was widely credited with opening the American market for the Beatles. While some dispute remains over whether Kaufman was the first American DJ to play a Beatles record, the master self-promoter did take on the unofficial role of the band’s liaison with the American press corps. The Beatles had heard of Kaufman through his link to an American girl group that toured England under the name Murray’s Dancing Girls, later to be known as the Ronettes. Kaufman became so linked to the group during their first appearances that, during a press conference, Ringo supposedly referred to him as the “fifth Beatle.”

In 1960, 22-year-old commercial artist Klaus Voormann visited the Kaiserkeller club in Hamburg. While he had studied classical piano as a child, he had never heard a note of rock’n’roll until he saw the Beatles for the first time. Unlike Sutcliffe, who had little interest in learning music (not like he had much talent to do so anyway,) Voormann enthusiastically took up the bass. He went on to fame as a musician with bands like Manfred Mann and Trio, but his most lasting contribution was as the artist behind some of the most iconic images in rock history. Voorman designed the black-and-white cover for the Beatles album “Revolver” and the peeling-poster design for the “Anthology” series. Clearly, losing Astrid Kirchherr to a Beatle didn’t diminish his enthusiasm for the group at all. If George Martin deserves the credit for honing the Beatles’ sound in the studio, then Neil Aspinall was the glue holding them together on tour and in the front office. During their days in the Liverpool clubs, Aspinall drove them from gig to gig in a used van. He also played tambura on “Within You Without You” and harmonica on “Being for the Benefit of Mr. Kite.” When Brian Epstein died from a drug overdose, Aspinall took over managing Apple, the company the Beatles founded to handle their contractual issues. After the band broke up, he organized many of the projects that would contribute to the band’s continuing legacy, including the “Anthology” records and TV series and the “Live at the BBC” boxed set. Derek Taylor left a promising career in music journalism to take on the job of the Beatles’ press agent. He first met the band when he covered their show at the Manchester Odeon in May 1963. His employer, the Manchester Daily Express, expected a review that reflected the paper’s established anti-rock sentiments. Instead, he turned in a review that described the band as “fresh,” “cheeky,” and “magnificent”.  When he was asked to ghostwrite Brian Epstein’s book “A Cellarful of Noise,” Epstein invited him on the band’s first U.S. tour to help manage the press requests. Taylor would go on to be the Beatles’ press officer until their breakup, as well as a founder of the Monterrey Pop Festival.

At 6’6”, Mal Evans may literally be the “biggest” candidate for the Fifth Beatle spot. Evans started out as the doorman and bouncer at the Cavern Club before becoming a roadie and bodyguard for the band. Evans filled roles for the Beatles that ranged from setting up and breaking down equipment, to forging autographs on hundreds of headshots. Evans was also one of a handful of people outside the band members themselves to appear in all of the Beatles’ films, most famously as the lost English Channel swimmer during a running joke in “Help!”

Evans died in 1976 when police mistook an air rifle he held for a live firearm. 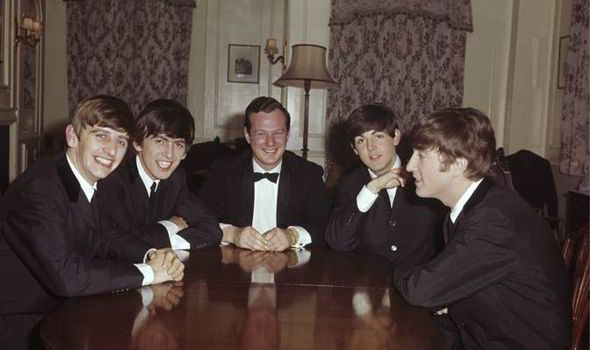 A one-time aspiring actor and part-time record salesman, Brian Epstein encountered the Beatles for the first time during a lunch break from his parents’ furniture store. Epstein recognized their potential from that first meeting, but knew he had to change their image. He is largely credited with changing their look from the tight jeans and leather jackets favored by “teddy boys” to the tailored suits and Cuban-heeled boots favored by the young professionals of the day. He also cleaned up their act in other ways, prohibiting them from smoking, drinking, and swearing on stage, and choreographing their trademark synchronized bow.

At the November 1962 recording sessions for “Please Please Me,” producer George Martin told the band, “Gentlemen, you have just made your first number-one record.” Martin was at the controls for that number-one hit, plus 26 more over the next seven years. Martin was more than a producer — he was also a musical arranger, album art director, and occasional piano player. His role largely consisted of translating the musical visions of Lennon and McCartney into the sounds that would capture the attention of generations, including the addition of the string quartet for “Yesterday”, the calliope sound effects for “Being for the Benefit of Mr. Kite,” and the orchestral crescendo at the end of “A Day in the Life.”