In today’s world, photojournalism isn’t something that is heard or spoken of much anymore. With the Internet providing us with places such as YouTube, DeviantArt, and other online sources created just for sharing amateur photography, it’s really no surprise that photojournalism is slowly becoming a dying form of art as well as media. However, those who haven’t had much interaction and experience with photojournalism really don’t understand the true beauty behind it. It’s amazing to be able to look at a set of pictures, if not just one single picture, and be able to draw a story from it- and not only is the story usually touching, but its message is usually important.

Below are 10 photojournalists who are very well known for their stories. Many of them risked their lives and some even had to witness things no one could ever imagine seeing in their lifetime. All of these people have been able to pick up a camera and take some of the most famous pictures; ones that tell stories of wars, riots, and anything and everything in between.

Philip Jones Griffiths is best known for his portrayal of the Vietnam War through his pictures, though his first picture was of a friend and his family using a Brownie (a very popular and relatively in expensive camera produced by Kodak). As the Vietnam War was slowly coming to an end, Griffiths took photographs during the Yom Kipper War and then traveled to Cambodia where he worked until 1975. Because of his great success and popularity, Griffiths became Magnum’s president until 1985. 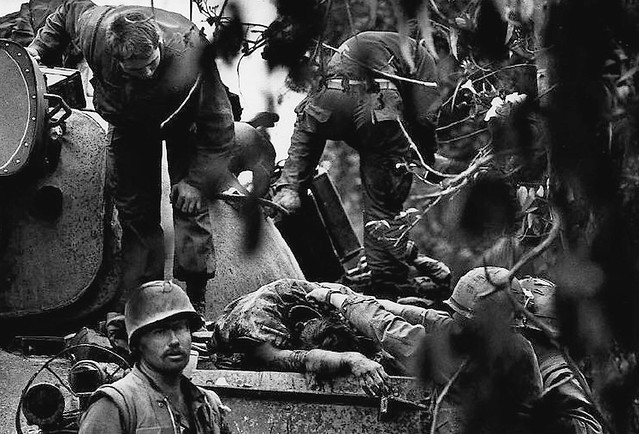 Though he died in 2008, Griffith’s legend still lives on today. He is best known for Vietnam Inc, Dark Odyssey, and Agent Orange: Collateral Damage in Vietnam. 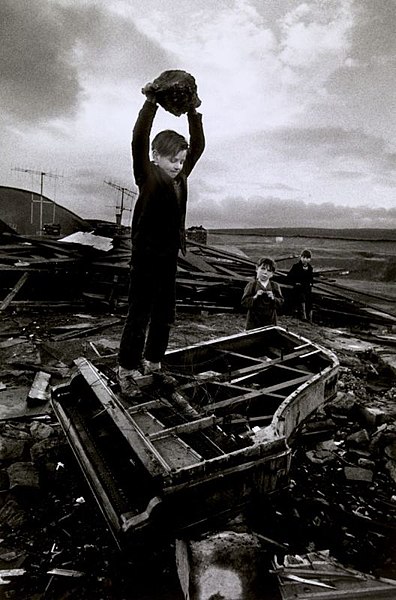 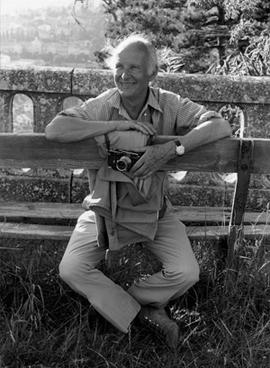 Henri Cartier-Bresson is known as the father of modern photojournalism. Born in France in 1908, Cartier-Bresson was one of the first to use the 35mm format. He was influenced by the randomness and grace of a photograph taken by Martin Munkacsi of 3 young boys running into a lake. He often spent hours on various streets, capturing life as he saw it, which became known as street photography.

He took pictures all over Europe: from Madraid to Prague and from Budapest to Brussels. In 1948 he became well known for covering Mahatma Gandhi’s funeral as well as the ending of the Chinese Civil War in 1949. He also spent time photographing the Imperial eunuchs. 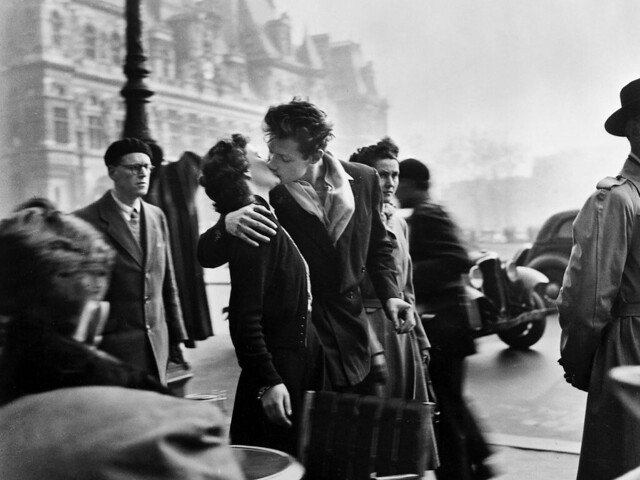 Robert Doisneau is a well-known French photographer, who along with Cartier-Bresson, was able to lead the way towards a new path in photojournalism. He is well known for snapping ironic images as well as ones that depicted juxtapositions. At 13 he went to a craft school where he was first introduced to the arts, participating in still life and figure drawing, and earning diplomas in lithography and engraving,  At 16 he discovered photography and, according to many, he was so shy that he’d only photograph cobblestones. Eventually he moved to photographing children and then adults. In the 1920s he became a lettering artist for Atelier Ullmann, an advertising company tied to the pharmaceutical industry.

He was also able to work as a camera assistant in the studio and over time earned the job of a staff photographer. In 1932 he sold his first photo-story to Excelsior newspaper. In 1939 he took up a job working with postcard photography and freelance advertising services. Later that year he was drafted as a photographer and a Resistance soldier. He used his skills to forge identification papers and passports. During this time he photographed the Battle of Paris. After the war he worked for Life magazine and he also worked with Paris Vogue doing fashion and high-class photography. He won the Prix Kodak in 1947. 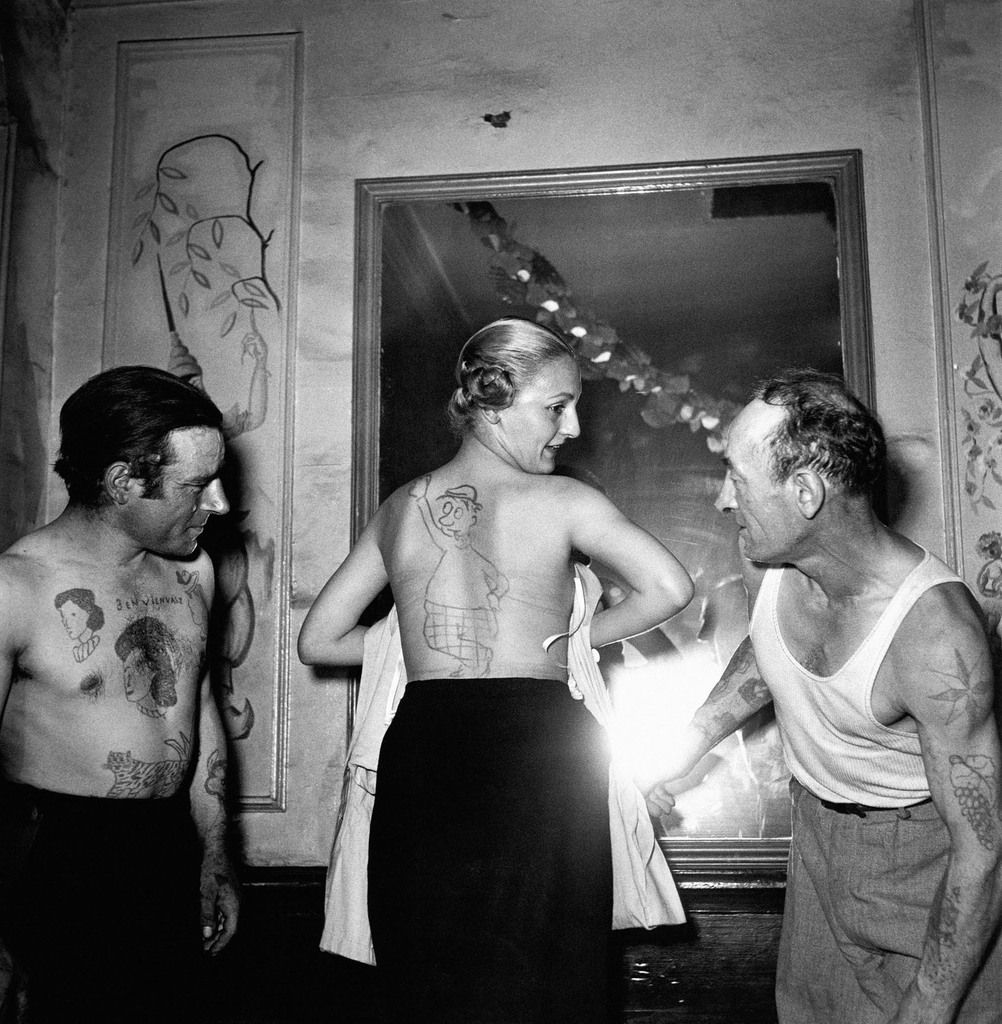 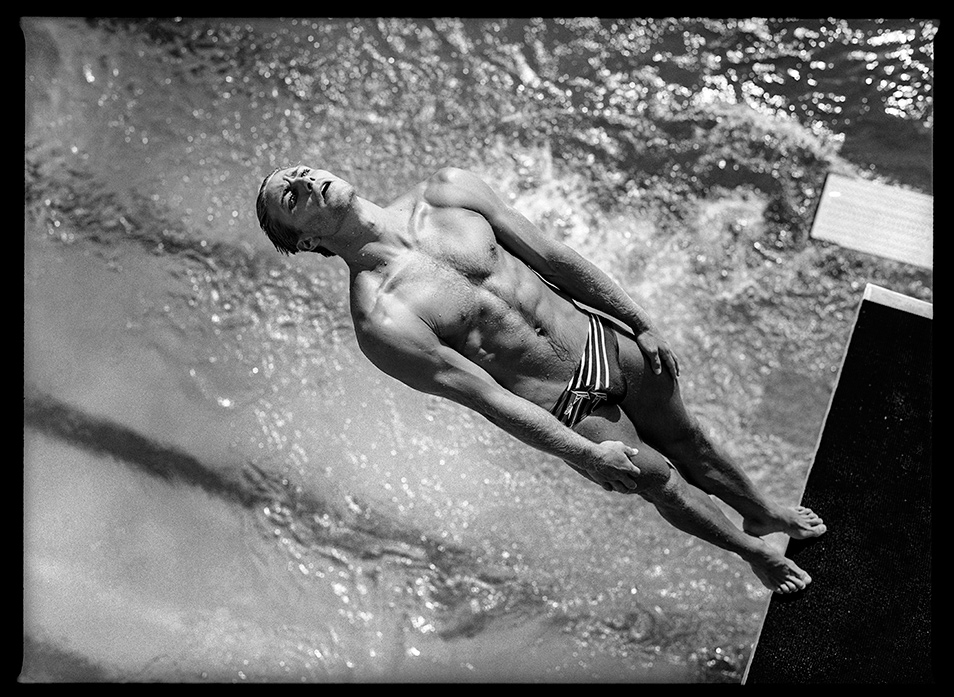 Burnett graduated in 1968 from Colorado College and immediately went into amateur and eventually professional photography. He was a freelancer for Life and Time magazines in both the U.S. and later on Vietnam. Once he was in Vietnam for two years, Burnett decided to join Gamma, a French photo agency that allowed him travel all throughout Europe, where he worked as a news photographer. In 1975 Burnett decided to fly solo and co-founded his own photo agency in New York City, known as Contact Press Images.

Even though he opened his own photo agency, Burnett was still heavily devoted to his job and passion as a photographer. For the next 30 years he travelled all over to cover various worldwide events, including the Olympics, political campaigns, and various others. He even photographed some of the most famous people of the time, including popular reggae singer Bob Marley. His photos have been published in various magazines, including The New York Times. While he may be best known for his photos taken during the Iranian revolution, all of his work has been praised and he has received various awards, including the Robert Capa Gold Medal, World Press Photo, and others. 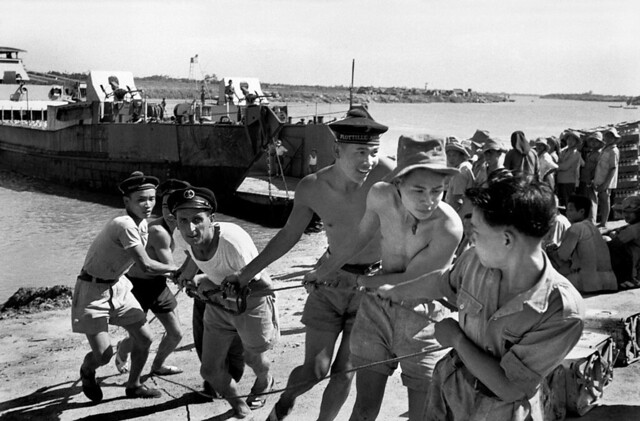 Robert Capa, born as Endre Friedmann, is well-known for his wartime photos during WWII as well as his boldness and bravery and his involvement in Magnum Photos. His life as a photographer started at the age of 18 when he moved out of his native home in Hungary and left for Berlin where he worked as a darkroom apprentice. He was also able to dabble in photography and was able to take pictures of Leon Trotsky. 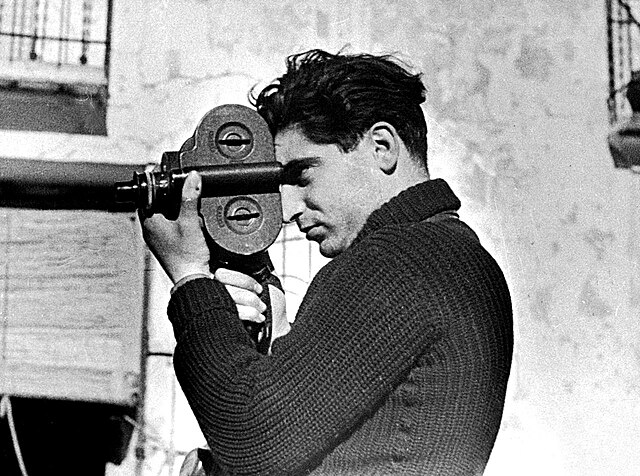 Once Hitler came to power, he went to Paris, but here he struggled to live as a freelance journalist. He and his fiancée decided to take another approach, setting up a business under the falsified persona of a rich and famous man called Robert Capa, who the two claimed was an American photographer visiting France. Friedmann took the pictures, his fiancée sold them for no less than 150 francs a piece, and all credit was given to the made up Capa. Editor of Vue, Lucien Vogel found out the secret but sent the pair to Spain, where Capa took one of his most famous photographs of a Spanish soldier dying. His fiancée died during their quest to take notable pictures, and after her death Capa went to China were he photographed the battle of Taierchwang. After traveling to various countries to capture more of the war, Capa died on May 25, 1954 after stepping on a landmine.

Sometimes known as Chim, David Seymour was born in Warsaw but moved to Paris where he became enthralled with photography during his studies. He is well known for his perceptive eye and caustic personality. In 1933 he landed his first job as a freelance journalist and from there his career took off. He was able to capture moments during the Spanish Civil War as well as during unrest in Czechoslovakia. In 1939 he took photographs of Loyalist Spanish refugees who journeyed to Mexico. When WWII began, Seymour was in New York but enlisted in the army in 1940 where he worked as a photo interpreter in Europe. In 1942 his parents were killed by Nazis, which lead him to help UNICEF document the plight of refugees, especially children.

Even though he was well known for his war photographs of orphans, he later got into photographing celebrities. While covering the 1956 Suez War, Seymour and fellow photographer Jean Roy were killed by machine-gun fire.

Dorothea Lange was an American photojournalist who heavily covered life during the Great Depression. She first learned about photography in New York City and got the chance to apprentice at various New York photography studios. In 1918 she moved to San Francisco where she opened a portrait studio. Once the Great Depression began, Langue left her studio and decided to use her camera outside where she captured images of homeless and unemployed people. 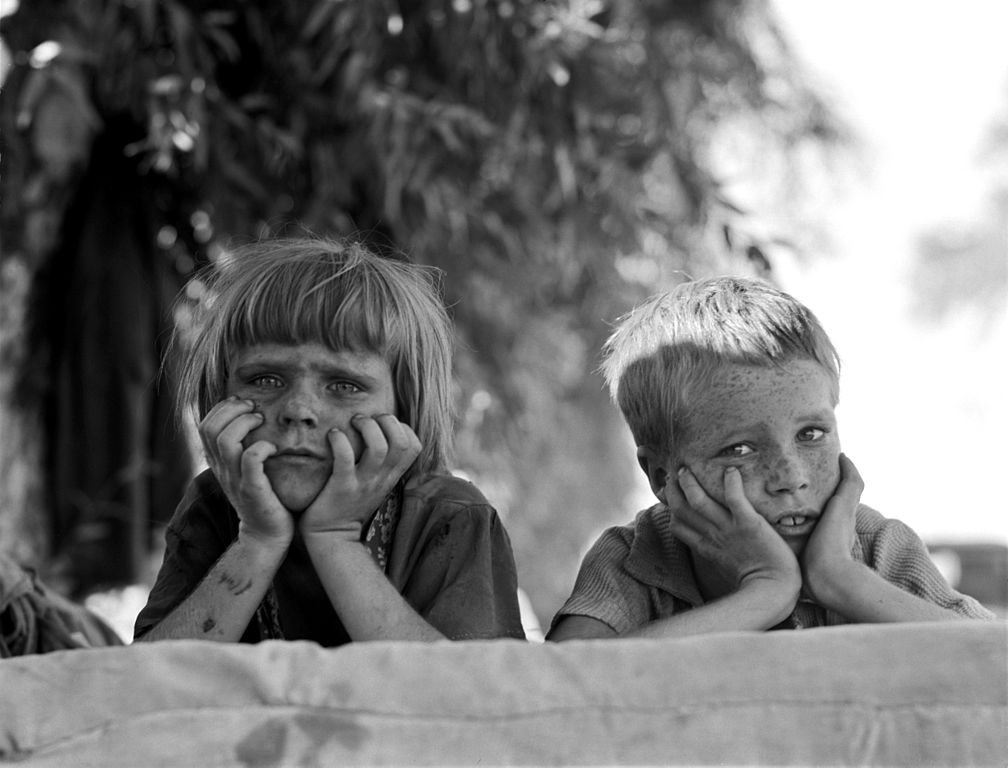 She later married an agricultural economist in 1935 and the two worked together documenting migrant laborers, sharecropping, and rural poverty. Her photographs caught the eye of many and she was given a job with the Farm Security Administration. In 1941 she earned the Guggenheim Fellowship and went on to cover life for Japanese-Americans after Pearl Harbor. Today, her photographs are well known all across the world as they show the true side of the Depression and put faces to the dire circumstances and made their plight public. Lange’s photographs and coverage of the era influenced the creation of documentary photography. 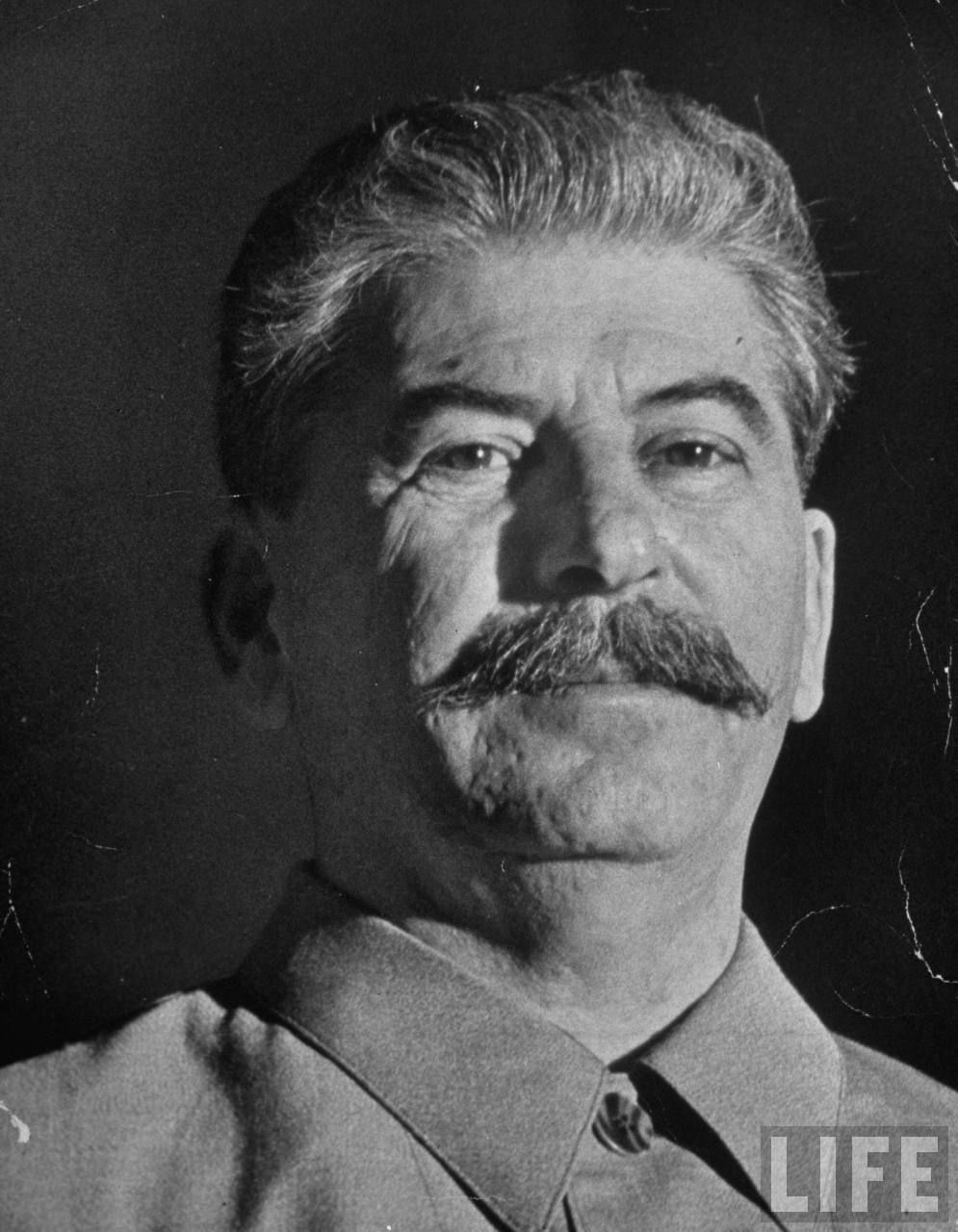 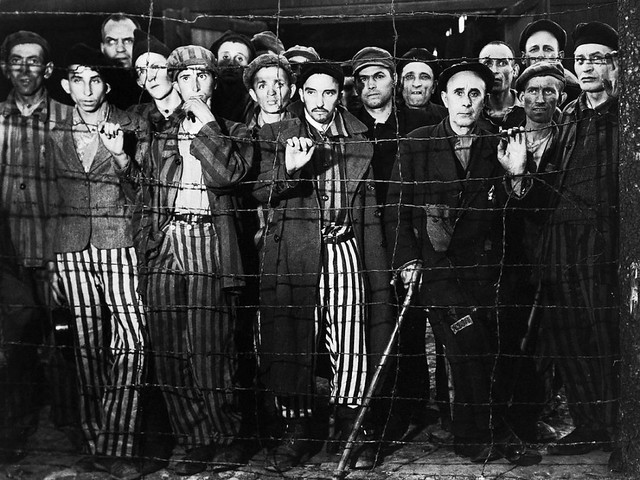 She worked for Fortune magazine from 1929 to 1935 as a staff photographer. In the early 1930s she became known for her photographs of those suffering from the Dust Bowl and she also published a book with the help of her novelist husband which portrayed Southern life during the Depression. She also went to various countries in Europe to photograph life under Nazi rule and Russia life under Communism. Here she was able to capture a photo of a smiling Joseph Stalin. In 1936 Henry Luce, the owner of Life magazine, hired her and put her Fort Peck Dam construction photo on the front cover. She was the on and off staff photographer up until 1945. In 1969 she retired due to her failing health and later died in 1971.

Like many on this list, Eddie Adams’ name is well-known and attached to one specific photograph. Often referred to as “Saigon, 1968,” Adams said the image haunted him for the rest of his life. Even though he photographed 13 different wars, he is best known for his work that he produced during the Vietnam War. And even though today these pictures are widely known, praised, and analyzed, they were never published in a book before his death in 2004. Many say this is because Adams was a perfectionist, which often slowed down or halted the publishing process.

He served in the U.S. Marine Corps during the Korean War and worked as a combat photographer. He was sent there to take pictures of the Demilitarized Zone from one end to the other and he was able to complete the task in just over a month. Adams became widely known when he worked for the Associated Press during the Vietnam War where he took various photographs of Vietnamese refugees attempting to escape in a photo essay that was entitled “The Boat of No Smiles.” Adams pictures greatly changed the American view of the war and even persuaded Jimmy Carter to grant asylum to 200,000 refugees.

Robert Frank was born in Switzerland and ever since his work entitled Les Americains was published, he became a very prominent figure in American photography as well as in film. He was born to a wealthy Jewish family but when Hitler came to power, despite his family being safe in Switzerland, Frank experienced the widespread oppression. To escape the oppression as well as the fact that his family was so involved with business, Frank got into photography and in 1946 he was able to create his first book of photographs entitled 40 Fotos.

A year later he moved to the U.S. and worked as a fashion photographer for Harper’s Bazaar. In 1950 he published a book of photographs he had taken while in Peru and in the same year he participated in the 51 American Photographers held at the Museum of Modern Art. While in the U.S., Frank never liked the American way of life. He saw it as being too fast-paced and too dependent on money, something he tried to escape at home. He referred to the U.S. as being lonely and bleak, a theme that runs through Les Americains. Later on in life he worked as a photojournalist for Fortune, Vogue, and McCall’s.