Death is something that most people fear, simply because we don’t know what happens after we die. Others aren’t afraid to die, but I think it’s safe to say that a lot of us get a bad feeling when we think about what comes next. While we may not know when or what is next, we do know that it is sure to come.

Most people want to die a peaceful death; usually while asleep. However, let’s look at a few athletes from the last few decades that have been active and awake before the time of their death. All of these men died doing what they loved. Maybe this is the way to go…who knows!

J.V. Cain was a tight end for the St. Louis Cardinals in the 1970s. He had been the tight end for six years and was racking up great statistics for the team. On July 22, 1979, Cain was taking part in the teams training camp in order to get ready for the new season. This day was also his 28th birthday. During camp, he was running a normal pass route and suddenly took a few steps backward, huddled over, and collapsed. Cain died from congenital heart failure. Though he didn’t die during the NFL Season, he still died doing something he loved.

Howard Glenn was an American football player for the AFL. He joined the AFL’s New York Titans in 1960 are a starting offensive guard. Glenn stands as the only player to die from injuries that were sustained during a normal season football game. While Glenn’s future as an offensive guard looked promising, he suffered a broken neck on October 9 in a game against the Houston Oilers in the first half. A few hours later, he died because of his injuries to his spinal cord. His #66 jersey was retired. 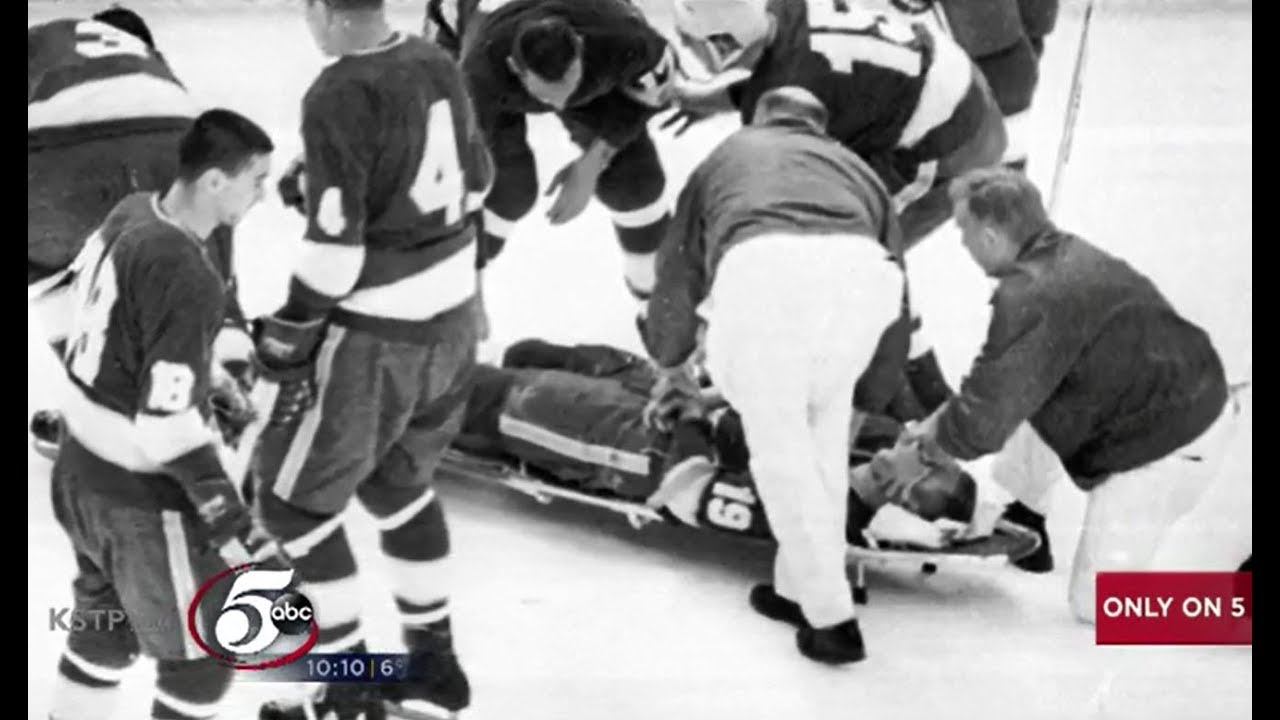 Bill Masterton was from Winnipeg, Manitoba and was signed by the Montreal Canadiens right out of college in 1961. He was an All-American player and was a great addition to the team. He spent most of his years playing in minor league and then quit for some time to work for a corporation. In 1967 the North Stars added him to the team and he became the first player to score a goal for the team. On January 13, 1968, the North Stars were playing the Oakland Seals. Masterton had the puck and was close to scoring, but passed the puck. Masterton was checked by two players of the Seals’ team and immediately feel backwards on the ice, his head slamming against it. He died shortly after due to a massive brain hemorrhage. It was so bad that even doctors couldn’t operate.

Chuck Hughes was another promising player for the NFL. While in college, he set seven different all-time football records. A notable record is Hughes’ 17 interceptions in a single game against Arizona State in 1965. After graduating from college, he was a fourth round draft pick for the Philadelphia Eagles. He played for the Eagles for three years until joining the Detroit Lions in 1970. Hughes was listed as a wide receiver on the roster, but many of his plays were made on special teams. During the final minutes of a game against the Chicago Bears, Hughes suddenly fell forward without any type of contact. Players and fans thought he was faking an injury to stop the clock; however, Hughes had suffered a fatal heart attack. The game was concluded, but in silence. Ray Chapman was a Major League Baseball player. He stands as the second player to have died as a result of injuries received during a baseball game. In 1912 he joined the Major Leagues and played for the Cleveland Naps. He was the leader in the American League in runs scored as well as walks. He was known for bunting and was a great shortstop. He was hitting .303 with 97 runs scored when he died. On August 17, 1920, the Naps were playing the Yankees. The Yankees’ pitcher, Carl Mays, threw the ball and it head Chapman on the head. Fans thought that the sound of the ball hitting his skull was the sound of it hitting his bat. Chapman was taken to the hospital and died 12 hours later. His death emphasized why players need to wear batting helmets and why the spitball has been banned.

Frank Hayes was a horse jockey. He was 35 years old and had been training horses for most of his life. He was chosen to ride a horse named Sweet Kiss by the owner. Hayes would participate in the Belmont Park racetrack in New York. Though the odds were against winning, Hayes was still ready to run the race and give it a try. In February of 1923, to everyone’s surprise, Sweet Kiss won the race. Once the race was over and the horse finally stopped, the horse’s owner ran out to the field to congratulate Hayes, but he was slumped in the saddle and not moving. Doctors confirmed that Hayes had a heart attack during the race. As weird as it may be, Frank Hayes stands as the only jockey that has won a race after his death.

Brayton was a race car driver from Coldwater, Michigan. He was able to take part in 14 Indianapolis 500s from 1981 until his death. During the 1980s, Brayton is well known for introducing a Buick stock-block V-6 to the racing world. He was able to score his best finish at the Speedway in 1989, finishing in 6th but still seven laps down. In 1993 he matched the same stats. When the Indy Racing League was announced in 1996, Brayton was considered a contender of the IRL title. Though the season started off rough, he was able to qualify and won his second Indy pole. On May 17, 1996, Brayton was practicing in his backup car when a tire blew. His car went into turn two, spun around, hit the outside of the wall, and eventually stopped. Brayton hit the wall at speeds higher than 230mph. He died because of the severe impact with the wall. Ed Sanders was a boxer that competed on the minor level, the professional level, and even in the Olympics. His first Olympic boxing championship was in the 1952 summer games. He easily knocked out his opponent, Hans Jost, and went on to beat Giacomo DiSegni in his second fight. At this time, the only person keeping Sanders from the gold was Ingemar Johansson. After the Olympics Sanders went professional and fought eight fights in nine months, losing two of them. On December 12, 1954, Sanders was boxing Willie James. This would be his last fight. During the first ten rounds, the two traded heavy blows. By the 11th round, Sanders appeared to be tired. James hit Sanders with a punch combination and he fell and lost consciousness. He never regained consciousness and died after doctors tried to relieve bleeding in his brain.

Reggie Lewis was a basketball player for the Boston Celtics from 1987 to 1993. He had an average of 20.8 points a game and finished with a career average of 17.6 per contest. In 1992, Lewis was chosen to play his first and only NBA All-Star Game which was held in Orlando Florida. He was able top play 15 minutes of the game and scored seven points. He also grabbed four rebounds. During a Celtics practice game on July 27, 1993, Lewis died suddenly. He suffered sudden cardiac death and was only 27 years old.

Dale Earnhardt was an American race care driver that is known for driving stock cars in NASCAR’s top division. He is greatly known for his success in the Winston Cup Series. He won 76 races during his career and was able to take home seven championships. He stands with Richard Petty as the men with the most championships held during a career. In 1998, Earnhardt was able to pull off his first and only Daytona 500 win. During his career, he took on many different epithets: “The Intimidator,” “Ironhead,” and “The Man In Black.” During his race in the 2001 Daytona 500, Earnhardt died in the last-lap of the race. His car slid off of the track and went on the flat apron, and then turned sharply back towards the outside retaining wall. His car was then hit by the #36 car, and both cars hit nose-first into the wall. Earnhardt hit the wall at a critical angle going about 150mph. His car was in ruins but many thought the crash was minor. Earnhardt died from his injuries sustained from crashing into the wall.