Let’s face it: most of us have ordinary lives. Even those of us with awesome job titles like astronaut, professional bear wrestler or Internet list writer probably spend more time eating Doritos and watching TV than we do divesting cheerleaders of their underpants.

But then there are the handful of people for whom “ordinary life” is simply not enough. For the following folks, doing anything other than living out their childhood dreams counts as a waste of time.

10. The Guy Who Built a Jetpack

Yves Rossy started his career as a revolutionary engineer and daredevil pilot, two things most of us would be content to end our careers as. But Rossy wasn’t satisfied with the thrill of flying a high-tech military fighter jet and inventing endless cool stuff. He wanted to have his own personal jetpack.

So he built one. And it worked. It worked so well that Rossy’s probably now verging on potential superhero/villain territory. Don’t believe us? Here’s a video of him racing three military jet planes high above the Alps. Rossy gets up to these sorts of shenanigans all the time. In the last few years he’s flown over the Grand Canyon, Mt Fiji, across the English Channel and spent uncountable hours buzzing actual planes for kicks. The best part? You can totally get in on that action. Rossy’s jetpack rival, Eric Scott, has opened his own special “jet pack school.” Yes, you too could one day earn the nickname “Rocket Man.” 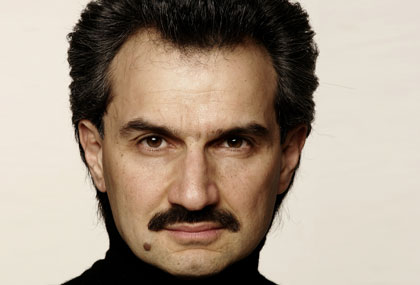 Prince Alwaleed Bin Talal is the sort of guy who necessitates the term “rich douche.” He’s one of the 25 richest people on Earth, and has a reputation for harassing his employees and generally being a bit of a dick. He also looks uncannily like a villain from 1970s Doctor Who. Oh, and he’s completely crazy.

Christened the “dwarf throwing billionaire” by Business Insider, Alaweed lives life like the biggest pimp imaginable. His mansion has 371 rooms, each filled weekly with fresh flowers flown in from Holland. He owns his own private zoo, 300 classic cars, a 280 foot yacht and a private jet with a solid gold throne. Oh, and he’s been known to eat roasted camel at some of the gigantic banquets his personal army of chefs prepares for him at every meal time. As for his nickname, well, you get three guesses as to how he earned it. He’s the kind of guy who makes Snoop Dogg look thrifty. He’s a man living an 8-year old kid’s dream of what it’s like to be rich, and he’s loving it.

8. The Shy Man who Lived the Ultimate Male Fantasy

Leif Ueland was a shy photographer who hadn’t had sex in five years. Out of the blue, he managed to pick up a gig travelling on the Playboy Bus as it made its way across America in search of Playboy’s Miss Millennium. His task was to photograph hundreds of beautiful, naked women. It was practically a sitcom premise.

It sounds like the ultimate “bro” fantasy, partially because it is. But what made Ueland’s journey unique was how uptight he was about the whole thing. In his book, he recalls how he was raised in a repressed, religious Midwest family to show absolutely no desire towards girls whatsoever. When he first got the gig he was mortified, but travelling with a group of relaxed, beautiful and flirtatious women ultimately helped him get over his sexual hang-ups. By the end he was unashamedly living the shy nerd’s dream, romancing and sleeping with Playboy girls and getting paid to do it. It sounds like the plot to another Revenge of the Nerds sequel, with the added bonus that it’s true.

7. The Guy Who Befriends Lions

Kevin Richardson may be a secret superhero. Known as the “Lion Whisperer,” he cuddles, plays and even sleeps besides the big, deadly cats. This would be intense enough for most people, as simply standing within a few feet of a lion can be terrifying in an utterly primal way. But Richardson isn’t content with just befriending a couple of captive murder machines. He specifically goes out to befriend them in the wild.

This video shows him on a standard morning’s walk. All alone on the African savannah, he suddenly starts calling out. At this point, two wild lions come over to see what’s going on. Not only do they not eat him, they play with him like he’s their long-lost best friend.

Think that’s impressive? Here’s another video, this time showing him playing with a pack of hyenas. Richardson is essentially living out every young animal lover’s dream, with the added bonus that so far nothing’s gone crazy and decided to eat him. 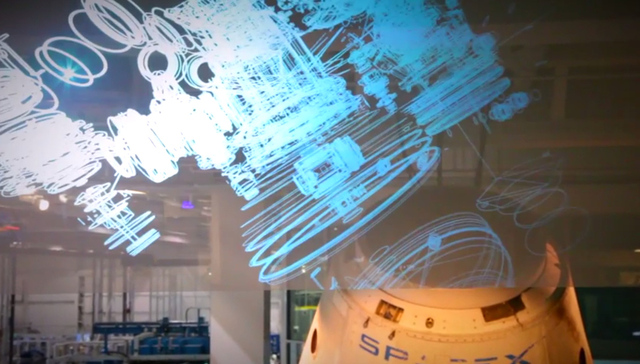 Elon Musk is already living the dream. He’s practically the god of engineering geeks, a self-made billionaire who runs his own rocket building programme. Then he went one better by building his very own lab straight out of Iron Man.

For those of you who haven’t seen the films, protagonist Tony Stark gets his super futuristic lab work done by manipulating 3D holograms with his hands. Musk evidently liked the look of this, because in 2013 his company made this slice of Hollywood fantasy a bona-fide reality.

Using (mostly) affordable technology, Musk and his team created a 3D screen where parts of his rocket engine designs can be projected and moved about at will. The full video is here and while it’s slow to start, by the end you won’t believe your eyes.

Ask most adolescent males and immature grownups who they’d most like to be and there’s a good chance the answer will be “James Bond.” And they’re not the only ones—in the 1940s an Allied spy known as “White Rabbit” decided he couldn’t be bothered waiting for Ian Fleming to create the character, and became James Bond instead.

Forest “Tommy” Yeo-Thomas was the sort of man they no longer make. A charming womaniser, he spent his life adventuring, drinking, saving the world and (probably) starring in orgies. In 1920 he escaped from a Soviet gulag by killing a guard with his bare hands. During WWII British Intelligence parachuted him into occupied France three times before he was captured and tortured by the Gestapo. The Germans sent him to the infamous Buchenwald concentration camp, only for Tommy to escape again. When he accidentally found himself on a train full of German soldiers he shrugged off any ideas of “hiding” and sat down to eat with the Gestapo butcher Klaus Barbie, who presumably spent the entire meal stroking a white cat and talking about his plans for world domination. Then, just to rub Germany’s face in it, Tommy finished the meal by escaping again.

His biographer claimed he was the inspiration for Bond. With a résumé like that, we’re inclined to believe her. 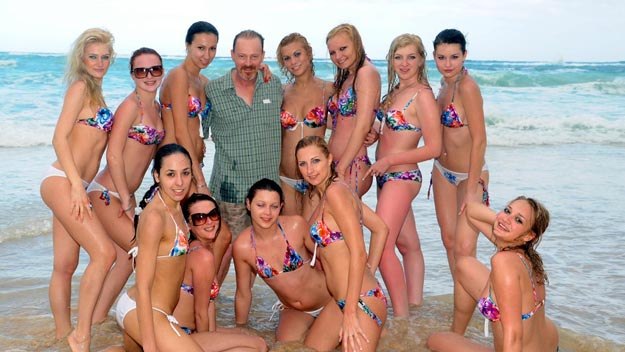 Wealthy businessman Paul Downes has a case of bipolar disorder so intense he swings between dark depressions we can’t even begin to describe and impossible, dizzying highs. He refuses to medicate, claiming that the highs are worth the lows. If this video of one of his manic episodes is anything to go by, we can see his point.

In 2010, Downes went through an incredible manic phase. Renting a gigantic fairy tale castle on a private island in Jamaica, he flew out 12 beautiful Ukrainian supermodels to compete to be his wife. For the next two weeks he lived a playboy lifestyle consisting of sun-drenched beaches, wild parties and rampant sex, one made even more intense by his sudden conviction that he was Allah.

But that wasn’t just a crazy one-off. Downes himself says that he goes through such periods with astonishing frequency, and that looking forward to the next insane adventure more than makes up for his hideous lows. It’s not a lifestyle most of us would want (at the risk of sounding controversial, TopTenz always recommends seeking proper medical help), but it’s impossible to deny that Downes’ bipolar condition has helped him become the wild adventurer he always wanted to be. 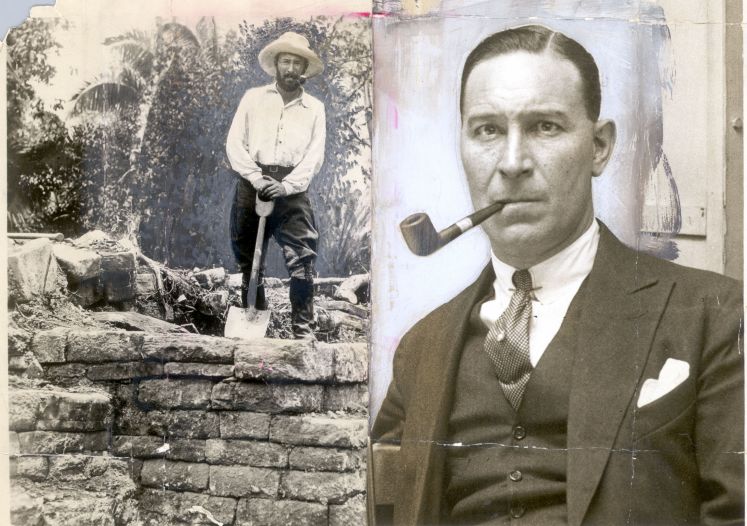 British adventurer Frederick Albert Mitchell-Hedges is, by his own account, the closest the world has come to having a real life Indiana Jones.

Mitchell-Hedges supposedly spent most of his time in (then) remote parts of the world, where he alternately uncovered ancient civilisations, became deified by local tribes and battled Nazis to get hold of hidden treasures. He’s even credited with starting a couple of revolutions here and there, including a stint working for Mexico’s notorious Pancho Villa. During his lifetime, he’s said to have lived with Trotsky, fought “sea monsters” (read: sharks) and worked for British Intelligence. His entire existence reads like a mash up of all four Indiana Jones films, including all the nonsense about crystal skulls.

Of course, that’s assuming he’s telling the truth. Mitchell-Hedges sounds like he was a man who lived an amazing life, but several historians have poured cold water on some of his claims. But if nothing else, he was unafraid of adventure and really good at making up stories.

2. The Daredevil Who Jumped From Space

How many of us dream of one day doing something so crazy, so dangerous, so flat-out incredible that the world has no choice but to bow down before us? Felix Baumgartner had that dream, so he went and lived it.

In 2012, Felix caught a balloon into space (as you do), then calmly jumped out. What followed was over four minutes of freefall in a descent that saw him break the sound barrier. His descent speed peaked at over 800 miles per hour, which you may recognise as a speed that human beings aren’t really designed to travel at.

From his insane vantage point, the plummeting Felix could see the entire Earth. Every single scrap of humanity was laid out below him. It was the sort of thing only unfortunate astronauts should experience after some hideous malfunction, and Felix survived without incident. In that moment, he must have felt like the most incredible person who has ever lived. And when it was over he probably wanted to go straight back and do it again.

1. The Kid Who Became Batman

In 2013, the Make-A-Wish Foundation splashed out an insane amount of money and goodwill to transform San Francisco into Gotham City. Early in the morning, a genuine live news report was interrupted by San Fran’s real police chief asking “Batman” for help. Instantly, young Scott was whisked into his Batmobile and driven to a woman who’d been strapped to a bomb he needed to defuse (we assume the bomb was not real). Job done, the world’s luckiest kid was then taken to foil a staged bank robbery in an actual bank, battle the Riddler’s goons in a park and finally receive the key to the city. He was honoured by the mayor and even received a personal congratulation from the President himself, because deep down we all want Batman to be real. Take note, everyone—this is how you make a kid’s wish come true.