I have been fascinated with the concept of antiheroes since I was ten years old and Han Solo shot first.  Good guys are not supposed to do bad things, good guys are supposed to be just and noble and always do what is right, yet Han Solo far and away was the much cooler character than Luke Skywalker.

According to dictionary.com, an antihero is “characterized by a lack of traditional heroic qualities, such as idealism or courage”.  What makes them so popular, I think, is they are more relatable than most heroes.  Like us the antihero is flawed, so we can identify with them, even sympathize with them.

But mostly it is because we like seeing them be bad and get away with it.

I composed the list below by factoring in several elements: character longevity, popularity, success in crossing over into other mediums, inspiration on other characters, and a certain “cool” factor.  It is, of course, highly subjective.

Cancer victim Wade Wilson volunteered for the Weapon X program to gain a healing factor to cure his cancer.  Thing was, the healing factor caused his cancer to create tumorous growths all over his body, making him look hideous.  It also made him nuts.  He first appeared as a villain in the pages of Rob Liefeld‘s New Mutants and right off the bat he was seen for what he was: a rip off of DC Comics‘ Deathstroke, The Terminator.

Love him or hate him, the “merc with a mouth” has proven to have legs.  Marvel comics has milked the one note villain for all he is worth and just when you think the writers have run out of ways to use him, someone else comes along with a fresh twist to keep the money rolling in.

She started off as a member of Batman’s rogues’ gallery, whose only remarkable feature was her gender. Yet, over the years Selina’s motivations have grown from simple cat-inspired crimes to something more complex, graduating from villain to vigilante and antihero due in no small part to Frank Miller’s Batman: Year One story (written at a time before Frank Miller descended into self parody) where her origin was changed from an amnesiac to a prostitute inspired by Batman’s “gimmick”.  Selina’s popularity has further grown through a successful solo series run.  Even with the end of her series she is still a popular character, appearing in such DC Comics as Salvation Run, Detective and most recently, Gotham City Sirens.  Cat Woman plays at both being the hero and the villain, alternating between a desire to do good, an annoying sense of responsibility, and cheap thrills… (Artist: Darwyn Cooke.)

He is the best he is at what he does, if what you mean by what he does is sell comics.  Wolverine is Marvel‘s cash cow, a mutant killing machine that racks up an implausibly high body count wherever he goes.  He would rank higher on this list, except Wolverine is too much the team player.  Seriously, he is on at least two X-Men teams as well as The Avengers, not to mention the guest appearance of the week.  Add to that his tendency to take teenage girls under his wing and this Wolverine is practically…domesticated… (Image: comicvine.com.) 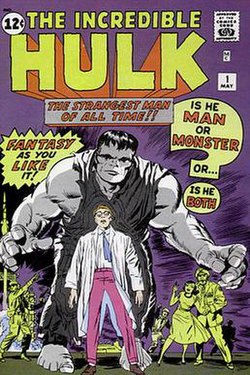 The green one, I mean…who is sometimes gray…

Doc Bruce Banner was belted by gamma rays and thus his monstrous alter ego was born, a creature formed as much by his subconscious fears and rage as he was by a world intent on destroying him.  The Hulk has played many roles over the years: rampaging monster, full-fledged superhero, Las Vegas mob enforcer, revolutionary on an alien world, and later a global threat intent on revenge against the Illuminati he felt destroyed his planet and wife.  The Hulk in all his incarnations has proven popular enough to have sustained a pretty consistent run in comics from his first appearance in Tales to Astonish back in ’64.  Not bad for a guy who spent quite a few years saying little more than “Hulk Smash!”

Namor, The Sub Mariner first appeared in the spring of ’39 and proved to be a complex character in a four color world and may very well be the first comic book antihero, setting the standard for complex villains such as Magneto, for example.  The Sub Mariner is every bit as interesting today as he was when he first fought the original Human Torch, and he has maintained his shades-of-gray status by being both a member of Iron Man and Norman Osborn’s Illuminati organizations.

A man who faces demons, both inner and real, Constantine has faced horrors that would drive most men mad (and in John’s case actually has on at least one occasion).  Just knowing John Constantine is likely to get you killed: during his comic’s run just about every member of his supporting cast has either been killed, maimed, mutilated, tortured, and coerced into making deals with fiends from The Pit.  And yet Constantine goes on, a supernatural warrior willing to pay almost any price to keep the darkest evil at bay.

In recent times Constantine has gotten rid of the guilt and self-loathing plaguing him by magically giving it the physical form of a baby and throwing it off a cliff.  What a magnificent bastard… 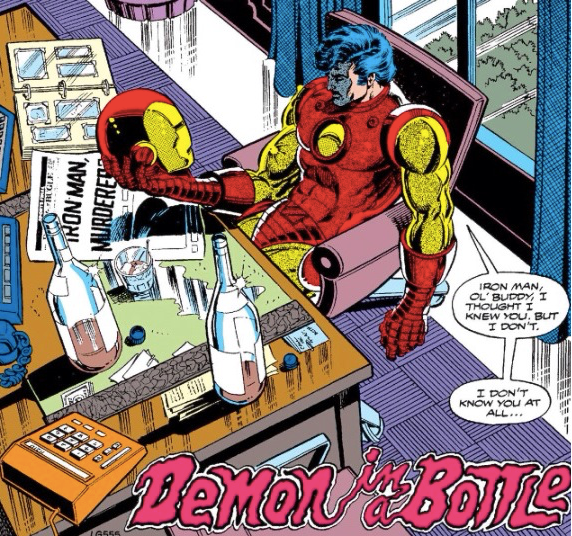 Tony Stark is very much a self-made man with a host of flaws.  An alcoholic unable to maintain a steady relationship with a woman, he is a control freak willing to do anything to forward his personal agenda.  It is only fortunate for the Marvel universe his agenda usually coincides with that of most heroes.  Stark is manipulative (he faked his own death and guilted James Rhodes into both running Stark International and becoming War Machine). He founded the Illuminati, a group of like-minded arrogant bastards intent on solving problems “lesser” heroes could not. Iron Man inadvertently killed The Gremlin during Armor Wars in an attempt to take back complete control of his armor technology and then avoided prosecution by claiming his “employee” had died). He also became a government stooge to take control of The Initiative after the Super Hero Registration Act was passed.  Stark became such a totally irredeemable bastard Marvel Comics had to reboot him, wiping out the past five years of his memory is a massive do-over.  Sad thing is, it is not the first time something like that has happened… 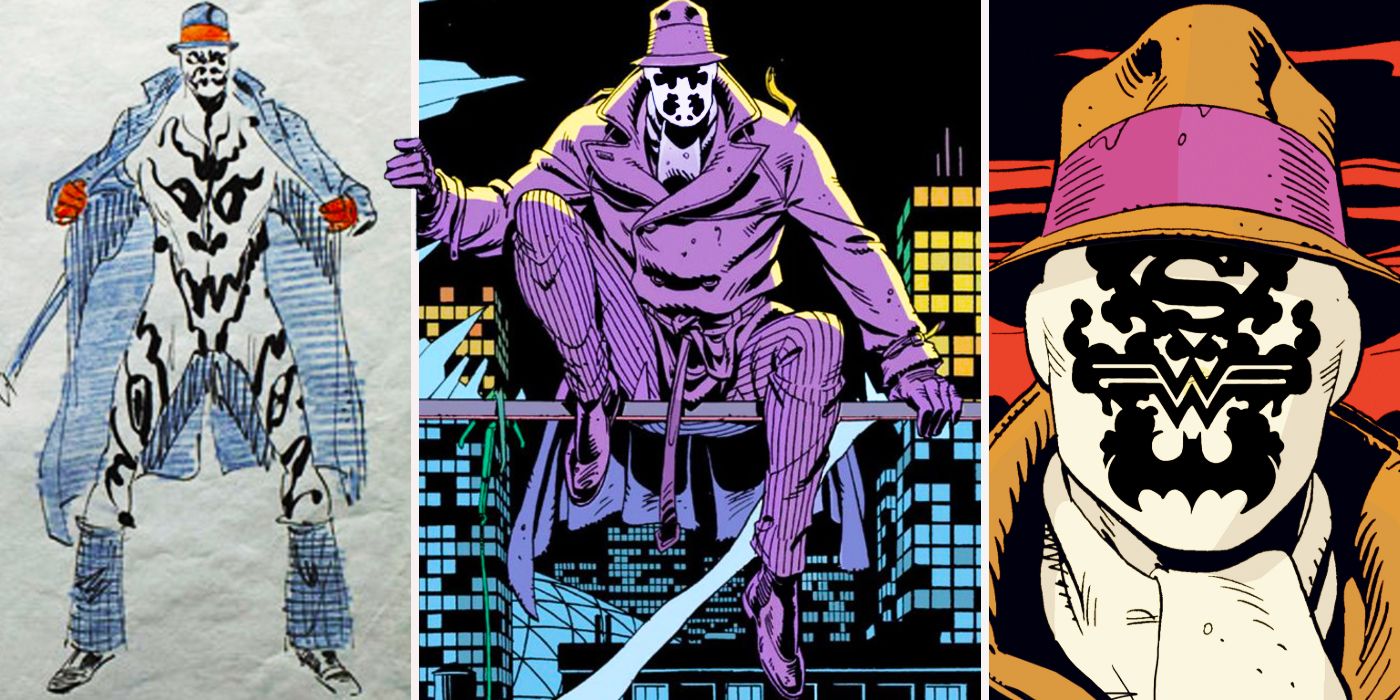 Alan Moore and Dave Gibbon’s dark creation was just one of many outstanding characters introduced during the landmark Watchmen series, but he is far and away the most popular and fascinating.  The child of a broken home, Walter Kovacs was a typical costumed hero (if there is such a thing) until one day he discovered a crime so horrific (a girl was kidnapped, and when the kidnapper realized he would get no money for her, he killed her, chopped up her body and fed it to his dogs) that it put him over the edge.  That day, as he explained to his prison psychiatrist, Walter Kovacs died and Rorschach was born.  A paranoid reactionary more than willing to break a man’s fingers for a scrap of information, Rorschach was uncompromising in his principles to the point where he was willing to die rather than live and perpetuate the Utopian lie Ozymandias had created.

Perhaps part of what makes Rorschach such an outstanding character is the fact that he only appeared in twelve issues so his image has remained unsullied. 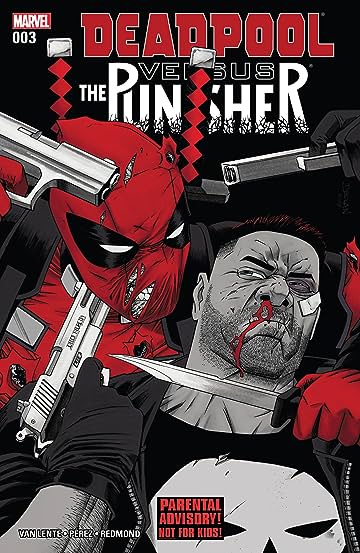 Starting off as merely a Mack Bolan (the Executioner) clone, Frank Castle has become so much more.  He is the unstoppable vigilante, a mere human fueled by an unquenchable desire to murder each and every piece of criminal scum on the planet.  Never mind that he has probably already killed the men who killed his wife and children, for Frank the war has become an end in itself, a way of life this soldier is unable to give up.

The Punisher has had his ups and downs over the years, ranging from over-saturation during the nineties (a period where every other hero wore black and/or had a gun, not to mention the rash of mullets) to the period when Frank became an angelic avenger (Marvel’s valiant attempt to completely destroy a good thing).  Garth Ennis’ outstanding work in recent years has once again elevated Frank Castle to the status of the greatest antihero of all time…Well, almost.  There is one greater… Mercenary, thief, adventurer… men want to be him and women want to belong to him.  The smoldering-eyed Cimmerian may have his own code of honor, but it does not get in the way of heavy drinking, womanizing and making sure his sword (or dagger, or fists, or whatever weapon is handy) is soaked in some poor bastard’s blood.  While other vigilantes may have a higher body count, none can match Conan’s sheer savagery and courage.  There is no healing factor, no automatic rifle.  For Conan it is blade to blade against brigand, sorcerer and hell spawn horror!  Conan is the oldest and most enduring character on this list and is the quintessential antihero, as much an inspiration for Dungeons & Dragons role players as is Lord of The Rings, as well as numerous fantasy novels populating bookshelves.     He has had two successful comic book runs: first with Marvel Comics and currently with Dark Horse.  Unlike many pulp characters of his era Conan’s popularity seldom wanes for long and his influence endures.

By Thomas Stockel. Check out his blog, GM’s Revenge.