We tend to think of the 19th century as a primitive time, when the main form of entertainment was sitting around and waiting for the internet to be invented. Well, that and rampant racism, of course. But Victorian-era folks were just like you and I; they too enjoyed the finer things in life, like looking at pretty women being pretty. And two centuries back, none were considered more skilled at the art of not looking like they’re slowly dying from hunger and/or a horrible infection (the 1800’s term for “pretty”) than the following beauties: 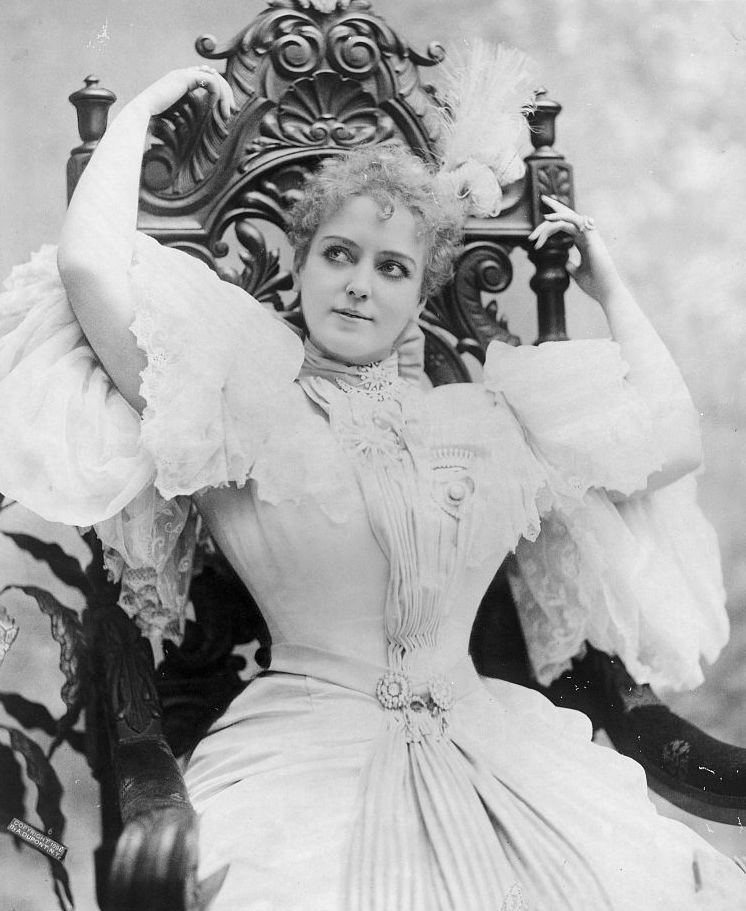 Lillian Russell, or “5-L” as I’m sure she would want to be called today, was likely the first modern female celebrity in America, a title which she actually earned thanks to her talent, and not a pathological aversion to clothing and shame.

For many years, Russell was synonymous with American operettas, which are like regular operas only more likely to feature fart jokes. She also appeared in vaudeville and music hall shows where she danced, acted, and sang for the entertainment of thousands, capturing the hearts of theater audiences nationwide. Although, with her looks, she could have just stood on the stage and did her nails, and the people would still have loved her to pieces.

Other than a renowned actress and singer, Russell was also a staunch feminist and fashion icon, whose choice of clothing and views were closely followed by the press at all times. If paparazzi

existed back then, chances are there’d be pictures of her showing, like, her ENTIRE bare ankle while stepping out of a horse carriage. 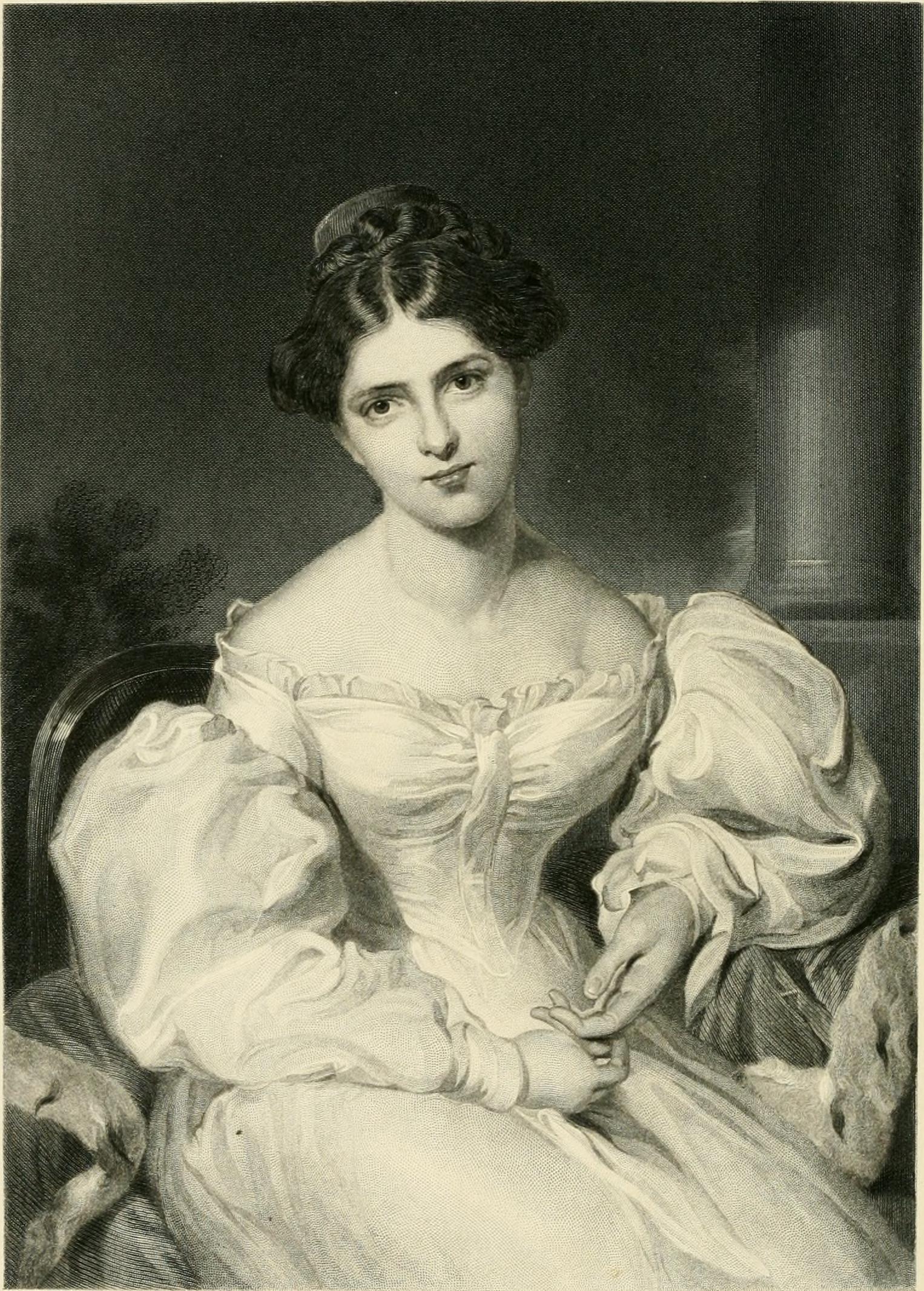 To many an English-major out there, Fanny Kemble might only be that one lady who wrote that anti-slavery book they had to read during freshman year. But before she published her Journal of a Residence on a Georgian Plantation in 1838-1839 in the middle of the Civil War, Kemble was an accomplished and celebrated Shakespearean actress.

Her beauty was obvious to all, but she was also considered a very talented thespian. Many speculate whether her immense presence on stage had something to do with her strong abolitionist views, which she expressed in her journal condemning slavery. And considering the time she published it, she might as well have titled it “Yeah, Come Burn My House Down! What Are You, Chicken?!”

In short, Kemble had both looks and balls, and not many things look sexier on a woman than a solid pair of balls. Wait…that came out wrong… 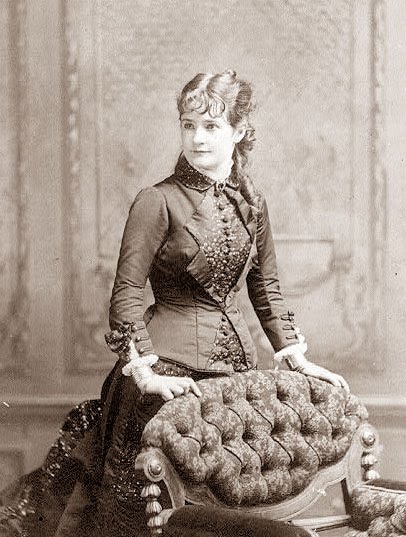 Lotta Crabtree was basically a late 19th century Leonardo da Vinci you’d want to have sex with (you’re more than welcome for that mental image, by the way).

Her flirtatious personality, and stunning looks, definitely attributed to her early success as an actress, but there was always a keen mind hidden behind that pretty face. Crabtree reportedly had an affinity for finances and investments, not to mention foreign languages, paintings, and horseback riding. All of that is made even more impressive since, back then, any sort of female ambition was considered a form of aggressive schizophrenia.

It also puts her income of roughly $5,000 per week (or roughly the GDP of Libya in today’s money) into some envious-rage-inducing perspective. 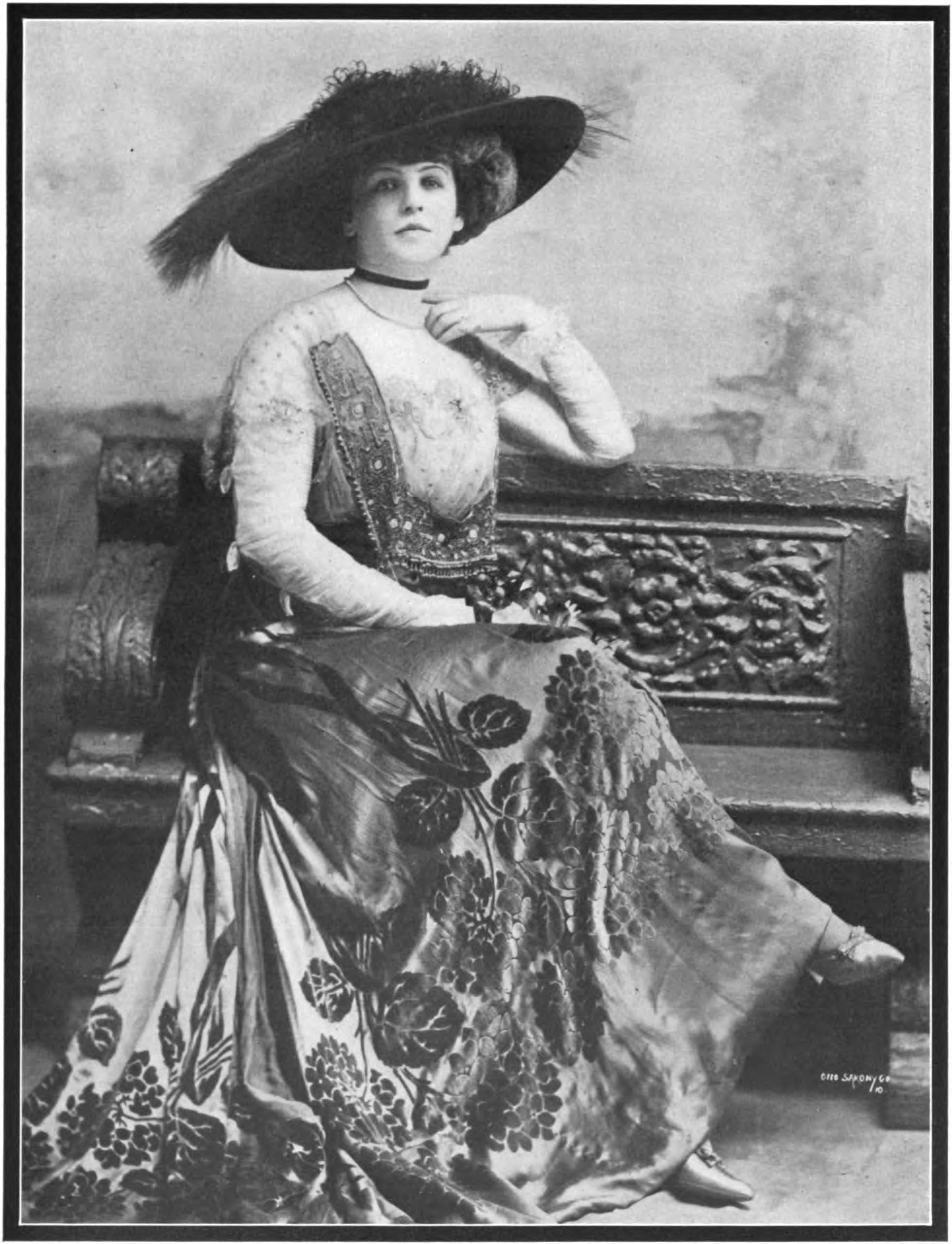 Mary Anderson was an accomplished Southern actress who appeared in many Shakespearean plays, influenced more than one playwright, and went down in history as one of the biggest names in British social circles.

Anderson’s success on stage was due to two things: her classical beauty (which made her a perfect fit for classical plays like Pygmalion and Galatea,) and her natural talent for acting. Anderson’s only professional acting education was 10 lessons with actor George Vanderhoff, but her electric personality and sex appeal were more than enough to make her an audience favorite on two continents.

As I’ve mentioned before, the biggest tragedy of the 19th century (other than social injustice, the violence, and lack of medical knowledge) was the nonexistence of the Internet and, consequently, the inability to look for pictures of pretty women in various stages of undress. Though, to be fair, the Victorian-era people did have something almost as good: tobacco. Let me explain:

In the late 1800’s, many tobacco packages included postcard pictures of beautiful women, sort of like baseball cards with far more exposed thigh and cleavage. The collectible tobacco photos were kind of bold for their time, and Anne Sutherland was one of their most famous models, sporting outlandish clothing that sometimes barely totally covered the natural shape of her body. What a tramp.

Naturally, the best way for real gentlemen to get such racy pictures off the streets was to buy all of them and keep them under their beds, only occasionally pulling them out whenever no one else was home to…test their willpower? Yeah, let’s go with that. 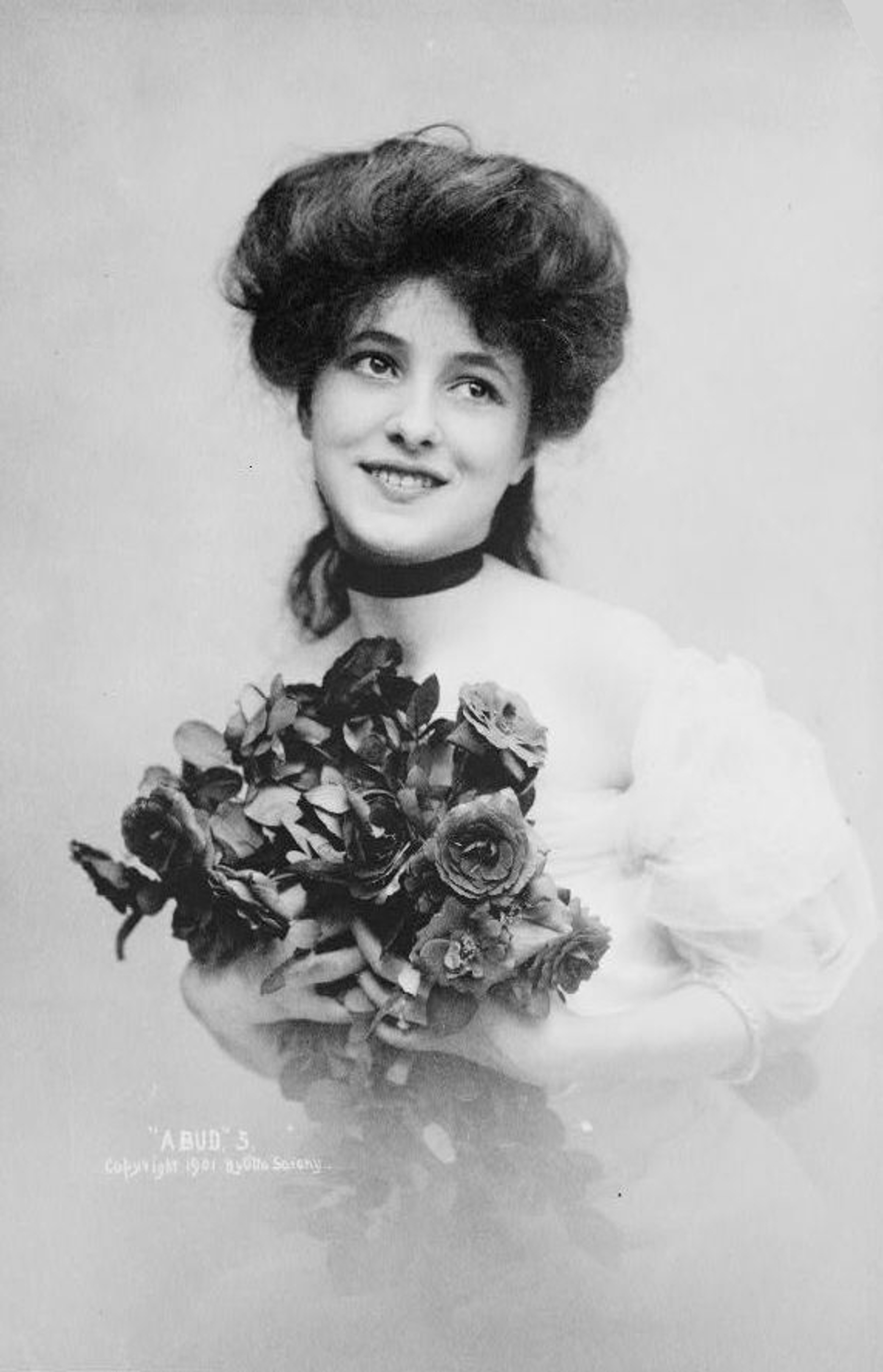 Sullen, gloomy, dark of expression, often showing a whole lot of her breasts. Those are the words that best describe the late 19th-early 20th century model Evelyn Nesbit.

In her days, Nesbit’s face and body graced nearly every medium possible, from paintings to photographs, playing cards and postcards. Not surprisingly, all of them were about as child-appropriate as a marital aid instruction manual. With the amount of skin Nesbit exhibited in her modeling work, some consider her the first modern pin-up girl.

If she was only alive to hear this today, I bet she’d react to it exactly the same way she reacted to being photographed: a mix of boredom, contempt, and lack of any doubt that she’s anything other than drop-dead gorgeous. Then she’d leave us to film another Twilight movie. 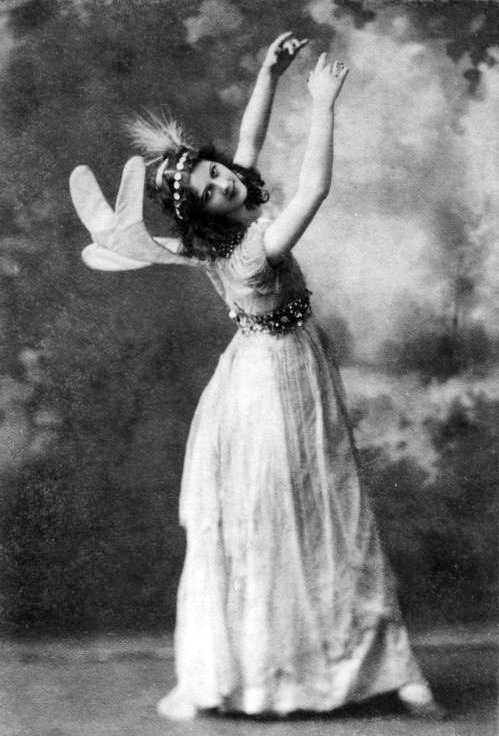 Isadora Duncan was a passionate and influential art performer, and a beautiful woman who is said to have invented modern dance.

If, at any point in your life, you have had any form of contact with dancing other than ballet, chances are you have Isadora Duncan to thank. She was the one who first proposed that dancing might be more than memorized forms, perfectly executed in a choreographed fashion. She believed in freedom of expression and emotions in dancing which, to the people of her days, must have sounded like the idea of adding animal excrement to their Christmas dinners.

Thankfully, her strong personality and stunning looks opened enough doors for Duncan to be able to teach her philosophy on dancing, and show off those magnificent legs of hers while she was doing it. All in all, it was a win-win for everyone.

Similarly to Lillian Russell, Barlow got into the public spotlight by performing in operettas, vaudeville shows, and other venues that were like THIS close to being stripteases.

During her career, Barlow traveled the world and performed songs, plays, and pantomime acts, while most men in the audience were imagining her in some very undignified poses, probably. There was no denying her talent, but Barlow knew that, in order to make it in show business, she had to play it smart. And by “play it smart,” I naturally mean “show off her legs in tighter-then-tight tights as often as possible.”

It would have been nice for Barlow if she had been recognized as a talented performer first, and a masturbatory aid second, but what are you gonna do? It was a different time. Luckily nowadays, we only bestow the title of “celebrity” on people who have earned it with their talent and loads of hard work.

Wow, I actually managed to write that with a straight face. 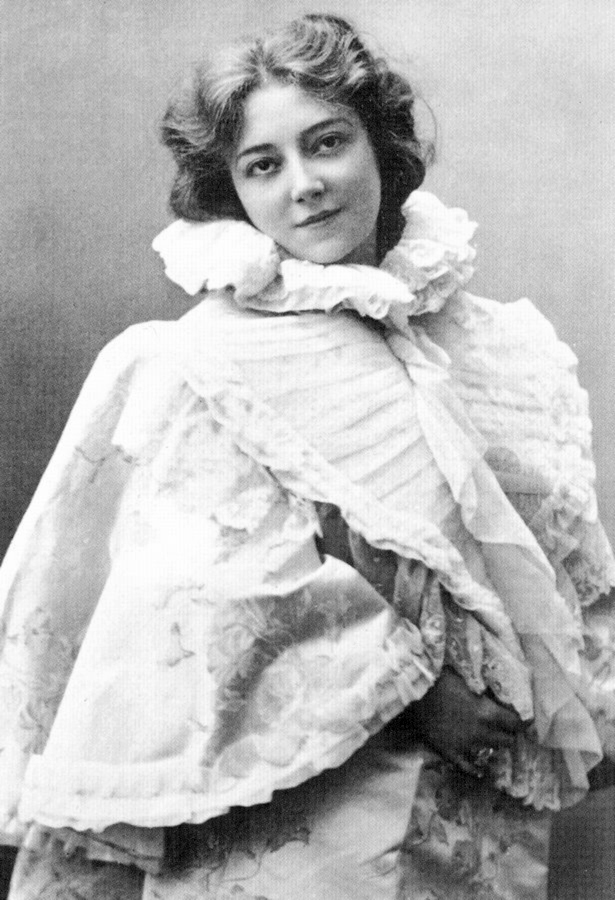 Helene Anna Held was another 19th century stage performer whose strong, lively personality, and the willingness to show some leg brought her a hefty bit of fame all those years ago. And if you’re starting to grow bored of women like that, then you…obviously have a serious problem. I recommend alcohol.

She would often perform risqué roles, which allowed her to flex her talent of “being beautiful with great skin and OH GOD those eyes…” This quickly helped her become one of the most famous celebrities on Broadway. She soon amassed a fortune but, despite the ability to retire to one of her many homes with an army of enamored boy toys at her disposal, Held decided to tour France during World War I, and perform for French troops. You know, to remind them what they’re fighting for. Not that any of them had a chance with her but still…it was a nice gesture. 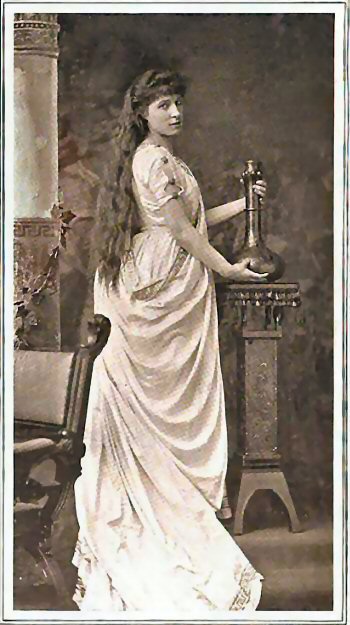 So far we’ve talked about women who were pretty, women who were smart, women who had wit and passion, and women who had influenced history in their own ways. Lillie Langtry was all of them in one mesmerizing package, plus proof that success in life requires a minimum of 4 L’s in your name.

Langtry was a stage actress persuaded to go into the acting business by famed writer/poet/cape aficionado, Oscar Wilde. As her popularity grew, more people started to gravitate towards Langtry, because of her charisma and undeniable beauty. Whenever she entered the room at a party, all eyes were on her. Without even asking for permission, people were drawing and painting portraits of Langtry, which quickly became postcard favorites.

But it took more than just looks for Langtry to catch the eye of Albert Edward, the Prince of Wales and later King of the United Kingdom. Around 1877, Langtry became the semi-official mistress of the Prince because, back then, those sorts of things happened. She wasn’t just arm-candy, of course, and often reportedly engaged Albert in meaningful conversations, and delighted him with her wit. Even more amazingly, she is said to have had a pretty good relationship with the Prince’s wife.

The 19th century was an interesting time…