Some countries like Germany, Zimbabwe, Iraq, Iran just have a bad reputation.  There are, of course, others I won’t get into (I’m looking at you North Korea).  But other countries like Holland, Canada and most of Scandinavia are looked at as the good side of our small, orbiting pile of rock.  Yet these nations aren’t all squeaky-clean and polite.  No, some have some deep, dark, totally evil things they’ve done or are doing right now. Bhutan is an isolated Buddhist country between China and India that forgoes measuring its progress by GDP in favor of GNH or “Gross National Happiness”.  Until 1999 they didn’t even allow Internet or TV, due to their supposed corrupting influences.  It’s all hippie love and Buddha

statues…until you look at their policies towards minority ethnic groups.

In the 1990s the Bhutanese leaders decided that the GNH didn’t apply to one of its large minority groups, the Lhotshampas.  The Lhotshampas are ethnically Nepalese people who have been in Bhutan for generations, and were promptly ethnically cleansed from Bhutan territory.  At the point of a gun, over a hundred thousand people were forced from their homes that they had lived in for hundreds of years into refugee camps and poverty in Nepal and India.

Think this is just a land of chocolate and weird mountain people playing on giant horns?  No, the Swiss have dark secrets in their closet.  During World War II, while they claimed neutrality and sat back and rode out the war, thousands of people deposited their money into it’s banks.  Thousands of these account holders were killed in the carnage of the Nazi War machine.  Yet when the relatives tried to claim the money, they were denied access to the funds, funds that the banks continued to make interest off.  Not only did the Swiss screw over the Nazi victims but they were also the main bankers of the Nazis, funnelling hundreds of millions of dollars into the German war effort

Now a pillar of neutrality and bikini swim teams, Sweden once had ambitions of ruling the world.  Starting in the 17th century, power-hungry Sweden started expanding its territory.  Excited to create a vast European Realm, the Swedish King moved his armies South in an effort to conquer Europe.  They were able to defeat Russian and Polish armies during what is called “The Deluge” by Eastern Europeans.  Swedes and their allies swarmed over Europe just as the Mongols did centuries earlier.  They were only stopped after they tried to finish off Russia and, while invading the Motherland, were defeated by Russian Czar Peter the Great and his allies.  Sweden’s dreams of Empire were over.

During World War II the Republic of Ireland went above and beyond what international law dictated regarding a neutral stance.  While neutral Switzerland was the Nazi Banker, and neutral America kept Britain alive by supplying tons of vital war material, Ireland decided to have absolutely nothing to do with either side.  Even after the existence of Nazi death camps emerged in the closing days of World War II, Ireland refused to go against the Nazi fold.

Ireland was one of the last countries to recognize the Third Reich and, when Hitler died, Ireland offered a public condolence to the German regime.  But it didn’t stop after the war; Irish men who had the moral courage to fight the Fascist Nazi regime, under various Allied flags, returned to Irish policy that officially discriminated against them.  Called the “starvation order,” it was Irish government policy to prevent employment, the use of social services, and pensions to any Irishman who fought in the War.  Some were even thrown in jail, while the rest lived under constant fear that they would be the next to be arrested and imprisoned.

Belgium, that half-French, half-Dutch country sandwiched in between France and Holland, can’t decide whether to smoke or to surrender to that sweet, sweet bowl of home-grown.  Being one of the youngest countries in Europe didn’t stop it from carving out a vast Empire in Africa, one 77 times the size of Belgium itself.  Called the Congo Colony, it was run by King Léopold II who, in almost record-time, started sacrificing his citizens for the Congo’s vast resources.  Eight to ten million, that’s MILLION, were killed by the Belgian Congo colonial rulers as they raped and squeezed the land in order to get more and more profit out of its jungles. 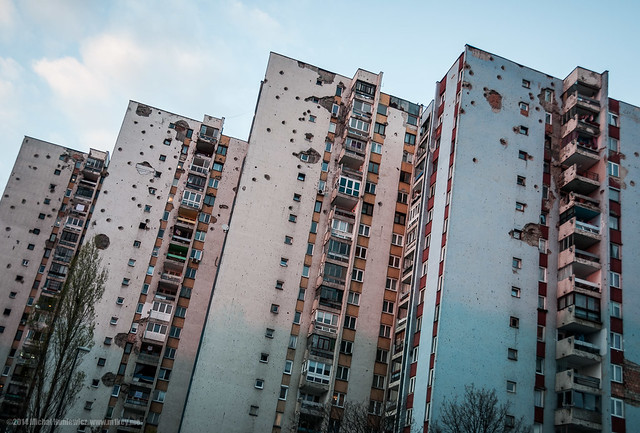 When Yugoslavia was quickly dismembering itself into smaller and smaller states, Bosnia was always the whipping boy.  Picked on by the bully Serbia and its supposed friend Croatia, Bosnian citizens were quickly forced into a number of enclaves, where they were surrounded by enemy forces hoping a prolonged siege would starve them into submission.

International delegations would visit these enclaves on fact-finding missions.  During a trip to one of the Sarajevo enclave, Bosnian fighters, in an effort to manipulate the opinion of the world press into supporting them, relayed to their starving people that bread would be arriving at a local bakery.  Then, as hundreds lined up hoping to get food, the Bosnians, while international cameras were rolling, staged a mortar attack that killed 17 and wounded dozens more.  It was later revealed that this was only one of many attacks by Bosnian fighters on civilians that were publicly blamed on Serbian forces.

Poland or, as it is known to the rest of the world, that place that gets the crap kicked out of it every other decade, was re-birthed in 1918 (back in 1795, it had been killed, cut up and divided like a delicious borst pie).  Between 1918 and 1939, it lived in between what would become two of the greatest killing machines in the history of the world, Nazi Germany and Communist USSR.  So while the rest of the world was taking bets on who would eat up Poland next, Poland was doing its best to piss off all of its smaller neighboring countries: small countries, like itself, that it could have allied with and combined forces to counter these two super powers.

In 1938, Hitler wanted Czechoslovakia.  The West decided to compromise and give him a piece, called the Sudetenland, but Hitler instead took the whole damn country.  Hitler was clearly on the war path, demanding living space for the German people.  Poland, instead of helping and offering to protect small Czechoslovakia, stood hand-in-hand with Hitler.  When Hitler started to carve Czechoslovakia up, Poland actually helped the Nazis dismember the state by invading parts of Czechoslovakia with the Nazis and claiming portions of the country for Poland.  But what goes around comes around and, not a year later, the Nazi Blitzkrieg burst across the Polish border.

Compared to North Korean death camps and mass slaughter of innocent civilians, South Korea always comes out smelling like roses.  However, during the Korean War, it showcased its own dark side.  Even before the war in 1948, on the island of Jeju, the South Korean military brutally suppressed an uprising that broke out after Korean troops fired on unarmed protesters.  During the rebellion, tens of thousands were killed in organized massacres throughout the island.

Just after the island was finally brought under control, North Korean forces stormed over the border and launched the Korean War.  South Korean officials, worried about 5th Column forces attacking from the rear, decided to kill hundreds of thousands of people throughout South Korea that were suspected of being sympathetic toward the advancing communists.  Known as the Bodo League Massacre, it has only recently been declassified by the South Korean government.

During the spice rush at the dawn of the merchant era, Holland was able to corner the nutmeg market.  In an effort to easily monitor and control the trade of nutmeg, Dutch officials killed all nutmeg trees on neighboring islands, and created vast nutmeg and mace plantations on the small island of Run.

In the process of setting up their very own Nutmeg Island, the Dutch were ruthless with the local population, killing any that got in their way and forcing the survivors to work under horrible conditions and handing out brutal punishments to anyone who traded Nutmeg with ships other than the Dutch.  The island was so valuable that it was exchanged for the island of Manhattan, insuring that New Amsterdam would become New York. 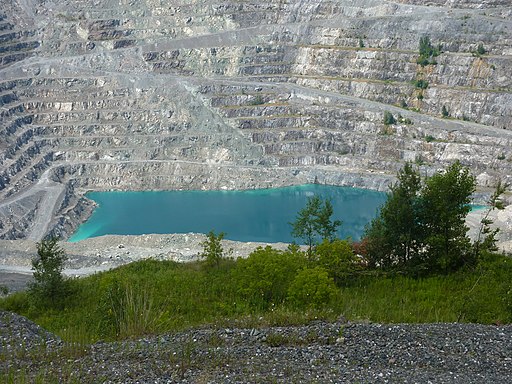 Jeffrey Mine in Asbestos, Quebec – Canada

When asbestos was first discovered, it was the superhero of mined ore.  Its heat tolerance was incredible and people thought, by putting it in their houses, that fires would be a thing of the past.  They didn’t stop at houses and it was installed everywhere, including insulation of schools, and public buildings.  They then discovered one little drawback…it causes cancer, horrible cough-up-your-lungs-while-begging-to-be-shot cancer.

Canada, a bastion of workers’ rights, quickly banned anything containing even the tiniest bit of asbestos, along with the rest of the industrial world.  Yet with large asbestos mines that employed lots of people, Canada couldn’t just stop mining the cancer rocks…you know for the good of mankind.  No, Canada continues to export asbestos to Third World countries, even though they know that each package is basically the Grim Reaper wrapped up in white plastic.  Friendly Ol’ Canada is the only western country to export asbestos, and actually fights international regulations that would prevent it from exporting all that cancer.

When other countries try and add warnings on asbestos packaging, Canada exerts pressure to stop this even though, inside the country, a plethora of regulations not only require asbestos to be clearly marked but also basically require a space suit to handle it.  Canada says that it only exports to customers that take the greatest of safety measures, yet studies show developed countries, the only ones that haven’t yet banned it, have virtually no safety regulations regarding asbestos.  In short, whole generations handling asbestos will grow up with horrible forms of lung cancer.

During World War II, the German Battleship Admiral Graf Spee spread mayhem in the Atlantic, sinking Allied ships before being destroyed off South America.  The Spee’s support ship, the Altmark, would then pluck lucky survivors out of the ocean.  The Altmark was able to slip through the British ships that cornered the Graf Spee, with 299 Allied prisoners locked away in its belly.

It made it all the way to neutral Norway in February 16, 1940.  British contacts alerted the Norwegian Navy that it was hiding in Norway’s water and the British demanded that it be searched for POWs.  The Navy searched the German ship three separate times and lied that they didn’t find anyone on the ship, even though it was jam-packed with Allied POWs.  The British finally had enough and stormed the ship, killing several German Navy personnel but, more importantly, freeing the Allied POWs.  An embarrassed Norway sulked away and pretended the whole thing never happened.