Jack Donaghy, as played by Alec Baldwin on NBC’s 30 Rock, has redefined the very concepts of manliness, suit-wearingness, and handshakefulness over the years, all for the benefit of the show’s viewers. Because underneath his silver, panther-like, veneer of perfectly styled hair and business acumen, Jack Donaghy is, at heart, a mentor who wants to take our pitiful understanding of the world and crush it in his mind vice.

On the eve of his show’s series finale, we honor the wit and wisdom of Mr. Donaghy, and reflect on all he has taught us over seven seasons.

Editor’s note: You can also read some great quotes by Ron Swanson from Parks & Recreation. 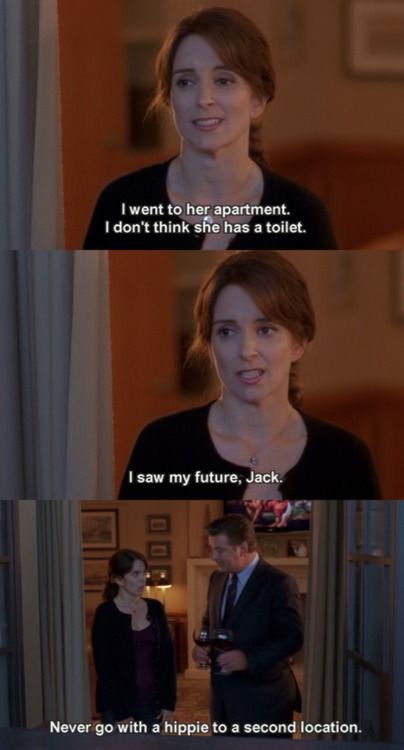 “Never go with a hippie to a second location.”

…because if you do, there’s the all-too-real possibility that he’s taking you to Burning Man or a vegan

co-op. In that case, you might as well be dead. It might also be a vacant lot on the outskirts of town, in which case you may end up actually dead.

There’s just something inherently untrustworthy about hippies, beyond the simple fact that most of them smell like a pair of old flip flops that got caught in a tragic marijuana dispensary fire. It might have something to do with the fact that, despite claiming that they care about animals, they keep eating all of their food! You can’t trust people like that.

Ah, the lives of the rich and powerful. How different are they from the lives of everyone else? That actually isn’t a rhetorical question. I was really curious about it, so I went out and learned what other privileges the upper class enjoy, other than metabolizing alcohol differently than the plebs. Did you know that… 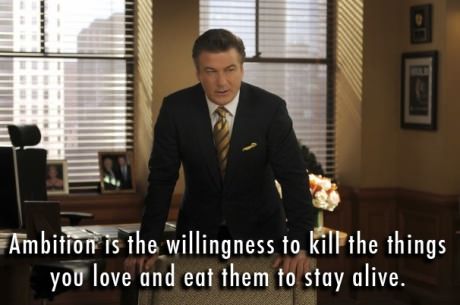 “Ambition is the willingness to kill the things you love and eat them to stay alive.”

To be fair, in certain contexts the above quote could—quite innocently mind you—be confused with cannibalism.

But if we look at it less literally, it obviously means that, if you really want something, you have to be ready to make some sacrifices and not let little things like adversity or court-issued restraining orders stop you. Subsequently, I believe this also means that if you don’t love anything, ever, you can achieve success by sitting on the couch in your underwear, eating potato chips covered in whipped cream. Who’s wasting their life now, Dad?! “We produce more failed pilots than the French air force.”

The full quote is actually, “Do you know what the business model is in the entertainment industry? Make ten shows and hope that one of them works. We produce more failed pilots than the French air force.” What Jack does not tell you, however, is that NBC decides which shows work, and which don’t, by using a dart-throwing chimp. That is seriously the only possible explanation for cancelling The Event. No, seriously, you decide to end The Event on such a humongous cliffhanger? That’s like ending The Sixth Sense the minute after the kid announced he can see dead people. I swear, I will find out who was responsible for cancelling that show and duct tape them to the nearest lamp post.

OK, tangent over. Here’s your life lesson: never get attached to anything, because someone might take it away from you at a moment’s notice. Yes, doing so will make you a depressing shell of a human being, but at least you won’t get angry anymore about your favorite TV shows getting cancelled.

“If you make enough money you can pay people to look at you naked.”

Continuing our lesson from before: here’s another example of how the lives of the rich and powerful are slightly different from ours. I bet the people being paid to look at all those naked rich folks are also forbidden from bursting into laughter upon seeing them without their clothes on…must be nice… “I get my hair cut every two days, after all  your hair is your head suit.”

In the era of widely-accepted bed hair, and runaway-clipper hipster disasters, it’s good to remember that people will judge you by your hairstyle because — as Jack so elegantly put it — your hair is your headsuit. It is a pleasant outer layer covering the shameful nakedness below.

But then, what are hats? Coats, I suppose. Something to throw on top of your suit during the colder months. But then, what are earmuffs? And for that matter, what are highlights? And, according to Donaghy, bald men are technically flashers. How do wigs fit into all of this? OK, we still love you Jack, but this metaphor needs some work. 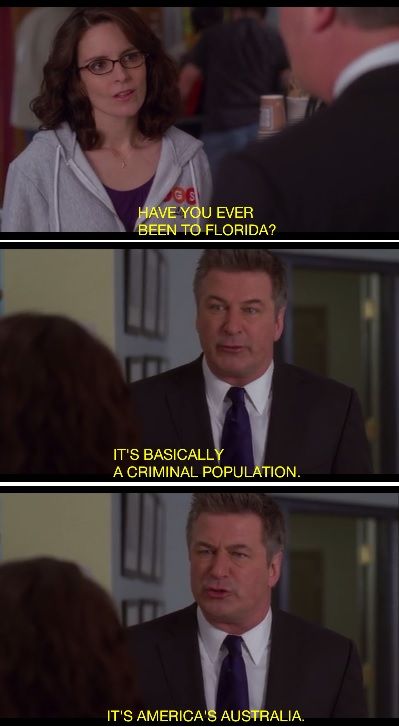 “Have you ever been to Florida? It’s basically a criminal population. It’s America’s Australia!”

Not that we want to offend our Floridian readers, but the show Dexter DOES take place in Miami and, by the looks of it, that city is roughly 50% serial killers. And, as we all know, TV never lies to us.

Case in point: this quote. See? It all makes sense (as long as you don’t think about it.)

“Come on, Lemon. What do we elites do when we screw up? We pretend it never happened and give ourselves a giant bonus.”

Sometimes, a joke ends up so true that it stops being funny, sort of like telling single people over 30 that no one will ever love them. This is another such example.

From Wall Street to countless huge corporations across the country, you don’t have to look too hard nowadays to find a bunch of high-position, incompetent nincompoops who believe that they deserve huge cash prizes simply for not choking on their $100-a-pound caviar. Also, I think I might have just found the most depressing sentence in the history of ever.

It’s a sad fact of the world and, sadly, there is little any of us can do about it other than learn to live with it, bide our time, and pray for another proletariat revolution. Incidentally, how have the other ones turned out? Let’s just check Wikipedia and…oh… ooh…never mind then… 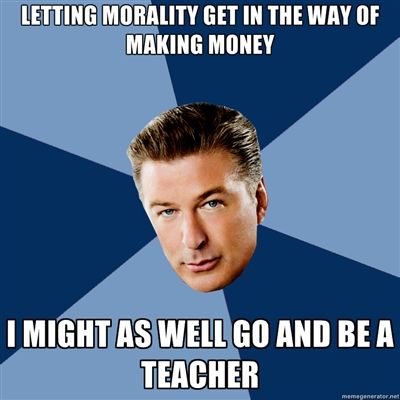 “Letting morality get in the way of making money? I might as well go and be a teacher.”

Ladies and gentlemen, we’ve found the greatest backhanded compliment in history. All the teachers reading this must feel very honorffended.

1. The Value Of Always Looking Your Best (Season 1, Episode 7) 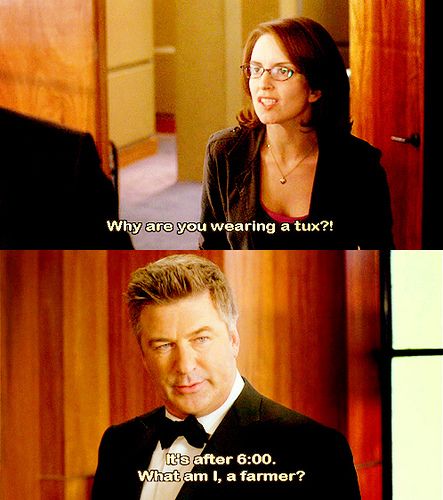 Liz: Why are you wearing a tux?

Apologies to all farmers reading this. We mean no disrespect. You guys are what makes French fries possible, and therefore you rock harder than the Rolling Stones giving a concert atop a collapsing mountain.

But taken more generally, the true meaning of this quote is quite obvious: a little bit of class never killed anyone. Also: people who wear socks with sandals should be rounded up and detained on a deserted island. It might not say that exactly, but it’s heavily implied, and absolutely worthy of everyone’s support.