Powerful men have always captured the attention of the public, though power is not solely constricted to men.  Women, despite many of the gender barriers that continue to exist, have risen to claim their place in the sun as well. These ten women have the ability to get people to do what they want, and influence them to live their lives in a certain way, and for that they must be commended. If you don’t believe that a television personality can make a difference, than you only have to look at Ellen DeGeneres.  Ms. DeGeneres is a comedian, turned actress, turned talk show host, turned media darling.  Along the way, her sexual orientation as a lesbian has shaped the conversation.  Nevertheless, she has not allowed this to taint her good-natured outlook on life, or her efforts to make a positive difference in the lives of others.

Few people have had a more direct influence on the acceptance of gays and lesbians into mainstream culture than this woman.  Not because she is a gay/lesbian

rights activist (she’s not,) but because people like her.  And with a nationally syndicated, award-winning talk show that airs daily, DeGeneres has ample opportunity to showcase her affable personality to millions.  This she does, but not in a manner that is likely to offend.  Her palpable form of media expression continues to find an eager audience – people accept her and by doing so, accept her ideas.  In essence, her charm has allowed her to gain the confidence of a multitude of people who draw inspiration, and yes, guidance from this woman. 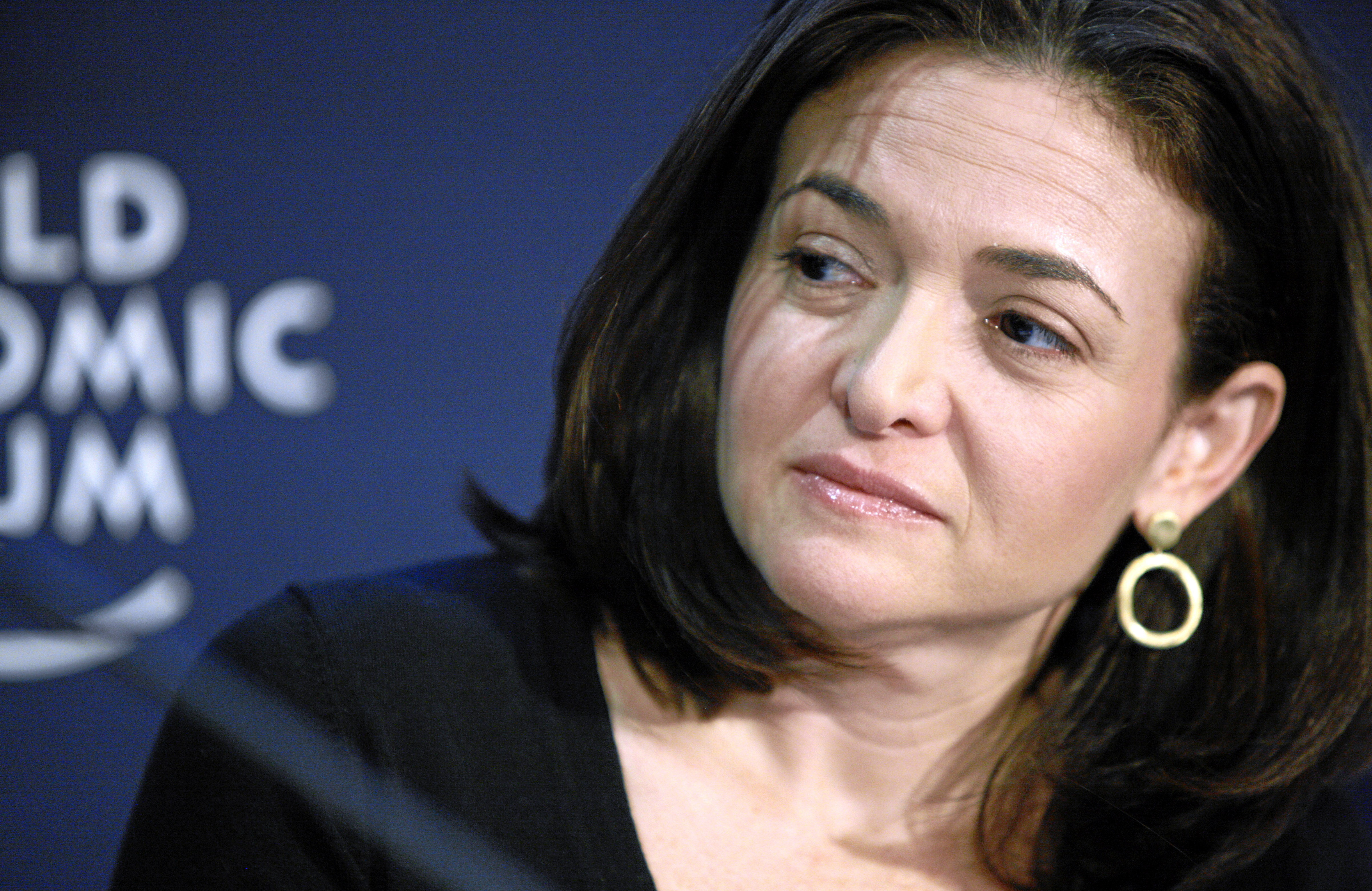 As one of the few women leading a tech company, Ms. Sandberg holds the reins of Facebook, the world’s leading social media outlet.  Her decisions affect how millions of people communicate and interact with one another.  Her position bestows upon her the responsibility of ushering Facebook through a glut of social media competitors and keeping the phenomenon alive, well and relevant in coming years.

On the business side of the equation, this is the woman who led Facebook through its much-publicized IPO last year.  And with an estimated $1 billion of unvested stock to her name, she has been well-compensated for her efforts.  Her social efforts regarding the role of women balancing a career and a home life is significant as well.  An author with the best-selling book “Lean In,” Ms. Sandberg continues to advocate the advancement of women in leadership roles and is generally believed to be a viable political candidate down the line.

Ms. Wasserman Schultz is a busy lady.  Not only is she one of the Congressional Representatives of Florida, but she is also the chairman of the Democratic National Committee.  As a congresswoman, Ms. Wasserman Schultz has a direct role in the shaping national policy and law in the US.  She serves on the very important Appropriations Committee, a body of representatives that determines how to dish out the cash from the Treasury. Her support (or lack thereof) can mean the difference in the direction of the public discourse on an issue, as well as on legislation.

Secondly, her position as the chair of the DNC means that she has an integral role in formulating the political platform of her party.  It can be reasonably argued that she is the most influential person in determining Democratic Party national strategy.  In both of these roles, Schultz has become one of the faces of the Democratic Party.  When there is a hot topic issue that Congress is dealing with, Ms. Wasserman Schultz is usually the person in front of the cameras, providing the point of view for her party.  Essentially, when this woman speaks, people pay attention.

Being married to the President of the United States tends to raise the profile of the spouse.  This is not to say that Michelle Obama is not a capable woman in her own right.  She graduated from both Princeton and Harvard, has a law degree and was a successful community advocate and lawyer, prior to moving into the White House.

As First Lady, however, Ms. Obama has a pulpit like none other; one that affords her an audience of an entire nation.  The result of this is the ability to influence a large segment of the American populace.  This influence ranges from her fashion choices, to more important issues such as her advocacy against childhood obesity (with her “Let’s Move” campaign.)

With the spotlight that the First Lady brings, issues that are dear to her heart can catapult into the forefront of national exposure.  In addition, her status is able to lend support to issues that the President is advocating.  The ability to put a more personal or feminine spin often generates much-needed support among targeted demographics. In many cases, this results in positive public opinion, financial assistance and relevance to any given cause.  Such was the case with her support of the economic stimulus bill and her efforts therein.

Ms. Sawyer, it seems, is timeless.  It seems like she has always been on TV, covering the most important news stories of the moment. Sure, there is plenty of trepidation in believing anything on TV these days, but she tends to be the exception to the rule.  Basically, if Ms. Sawyer is saying it, then it’s most likely true.

It is this reputation, born out of years of exceptional reporting, that allows Ms. Sawyer to shape the conversation.  As the anchor of ABC World News, she is viewed by millions of people daily, many of whom viewing her as an authority on whatever she is talking about.  Furthermore, when there is a plum interview to be had, such as with a US President, expect Ms. Sawyer to be the one asking the questions.  There was a reason that Forbes has ranked her as one of the most powerful women in the world (23rd); it isn’t just the exceptional quality of her work, but also the influence she exerts.

5. Margaret Hamburg (Commissioner of the Food and Drug Administration) 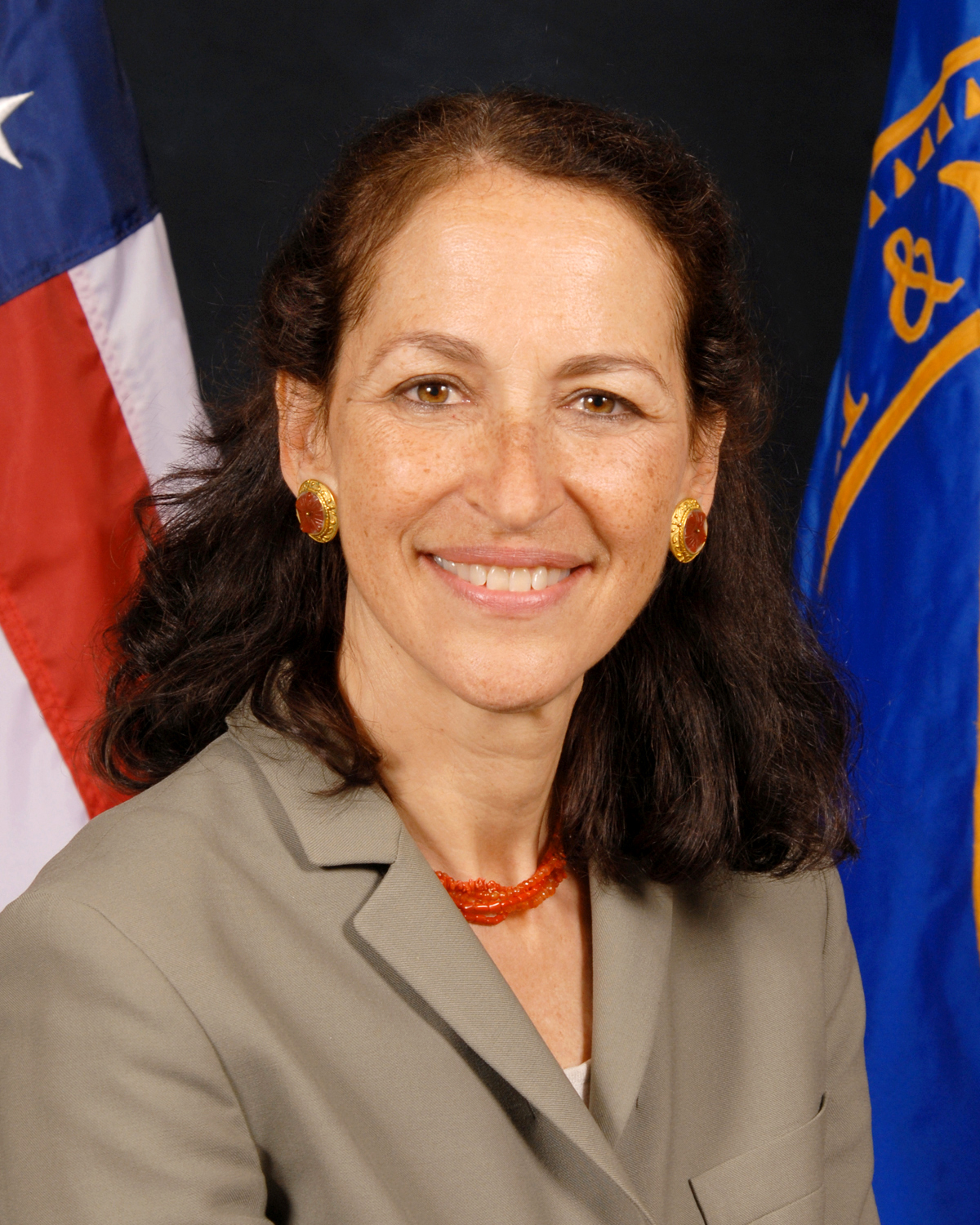 You may not have ever heard of her, but her responsibilities and decisions directly affect the lives and welfare of virtually every person in America.  Dr. Hamburg cannot order you to go to war or even make you clean your room, but she does make sure the food you eat and the drugs you take are safe to do so.  Simply put, Dr. Hamburg is responsible for administering an agency that is responsible for the regulation of food and medicine in the US, two areas that represent 25% of America’s economy.

Dr. Hamburg’s reach extends far and wide, from veterinary products to tobacco.  When it comes to protection, Dr. Hamburg’s job is every bit as important as other agency directors, if not more so.  When Dr. Hamburg speaks, the nation listens and act accordingly.  When Dr. Hamburg speaks, food and pharmaceutical producers, big time corporate entities, will listen and heed what was spoken.  Why?  Because the public understands that she is speaking with the authority of her position and knowledge, while commercial entities understand her enforcement powers.  This is real mojo, anyway you look at it. 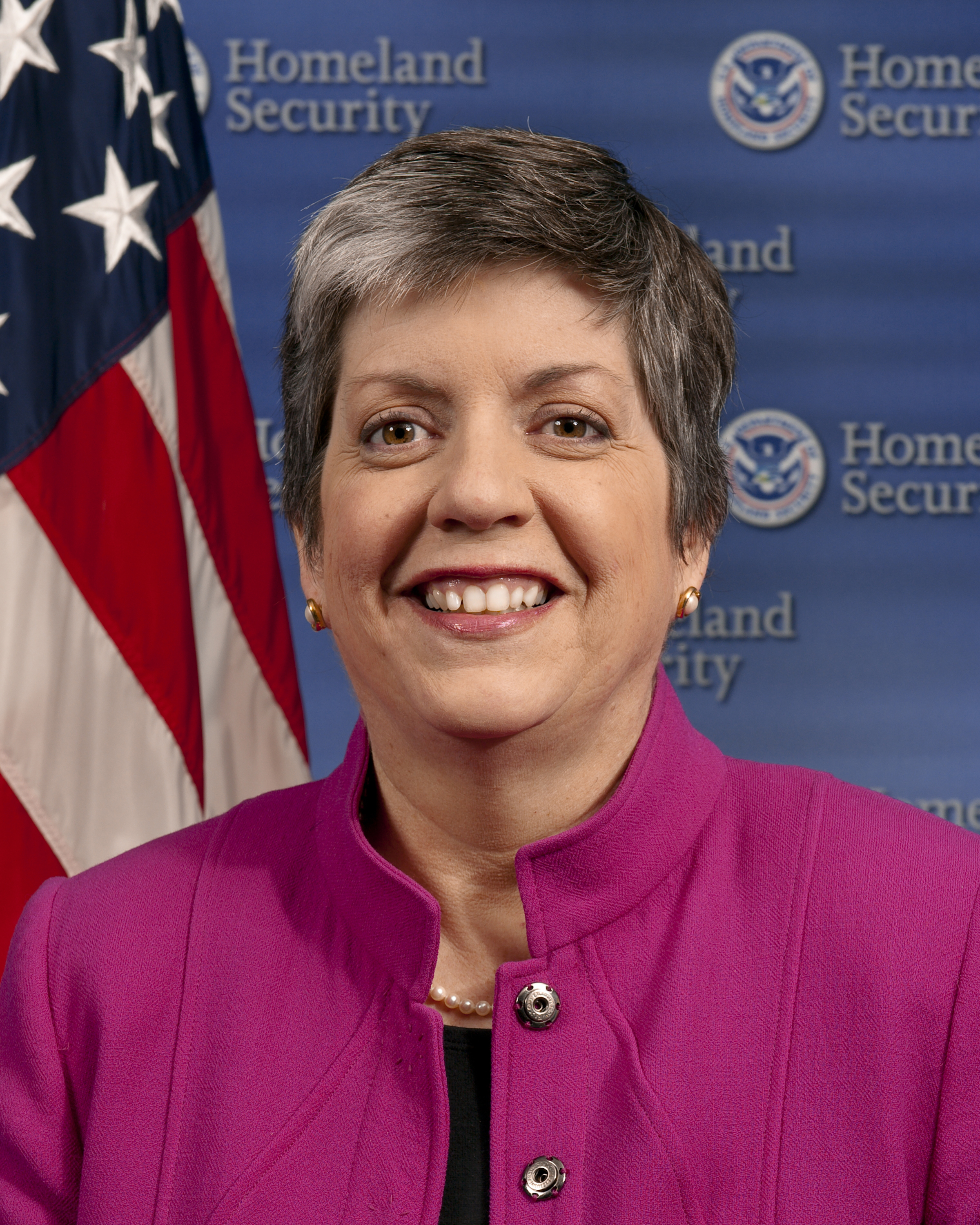 As a Cabinet-level secretary, she has access and the ear of the President. Such access cannot be taken likely. The advice she gives, especially from her department, can be the voice that ultimately shapes security-related policy that affects a nation.

More to the point, Ms. Napolitano controls many of the strings that comprise America’s security.  The Office of Homeland Security is vast and includes the Coast Guard, the U.S. Customs and Border Protection, the Federal Protective Service, the Federal Emergency Management Agency and the Secret Service.  When it comes to “directive authority,” Ms. Napolitano has it in abundance.  Consider that she oversees a department with a budget of almost $100 billion, and over 200,000 employees, the third-largest department in the entire government.  In terms of her direct responsibility to protect America’s borders with civilian agencies, Ms. Napolitano not only has a vast amount of authoritative power, but a degree of liable responsibility that is arguably only surpassed by the President. 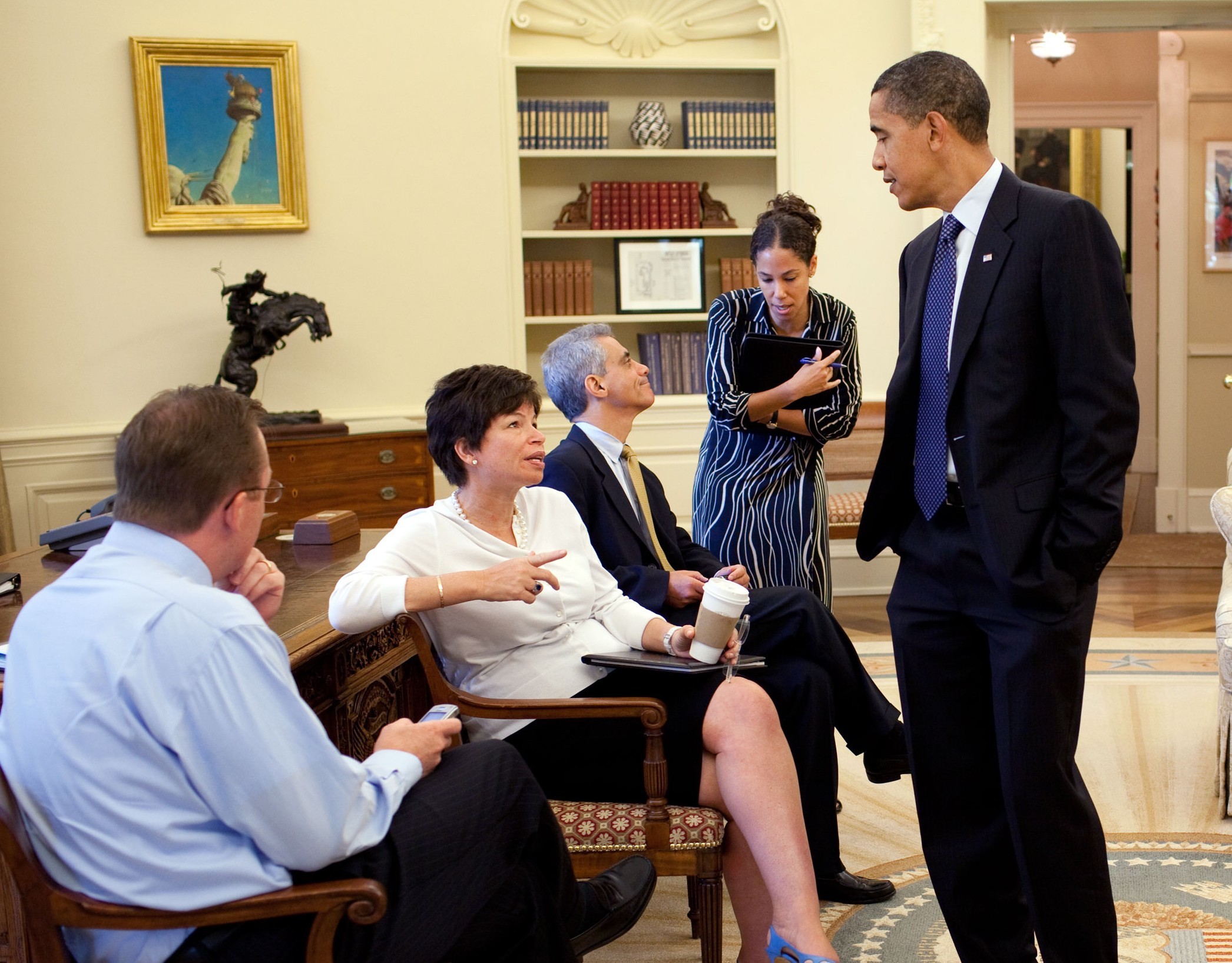 Valerie Jarrett’s official title is Assistant to the President for Intergovernmental Affairs and Public Engagement. You probably haven’t of her or her mouthful of a job title before. Ms. Jarrett is not a household name, yet she is a key figure in US policy-making.  Why? Because this job makes her a senior adviser to the President, one of only three people currently holding this position.  More importantly, she has been a long-time adviser, mentor, and confident to Obama, with over 20 years of history between them.

One of the interesting aspects about Ms. Jarrett as a senior adviser, is that she does not have a specialized portfolio that she brings to the job.  In other words, she is not an expert in any particular area, such as national security.  This seems to suggest that the President relies on her advice for a wide range of issues.  To put it another way, Ms. Jarrett is a part of the President’s inner circle – the group of people who essentially create, influence and shape Presidential policy. Not only does she advise the President, she also manages several offices within the White House, including the Office of Urban Affairs and Office of Public Engagement.  When this lady speaks, a President listens. 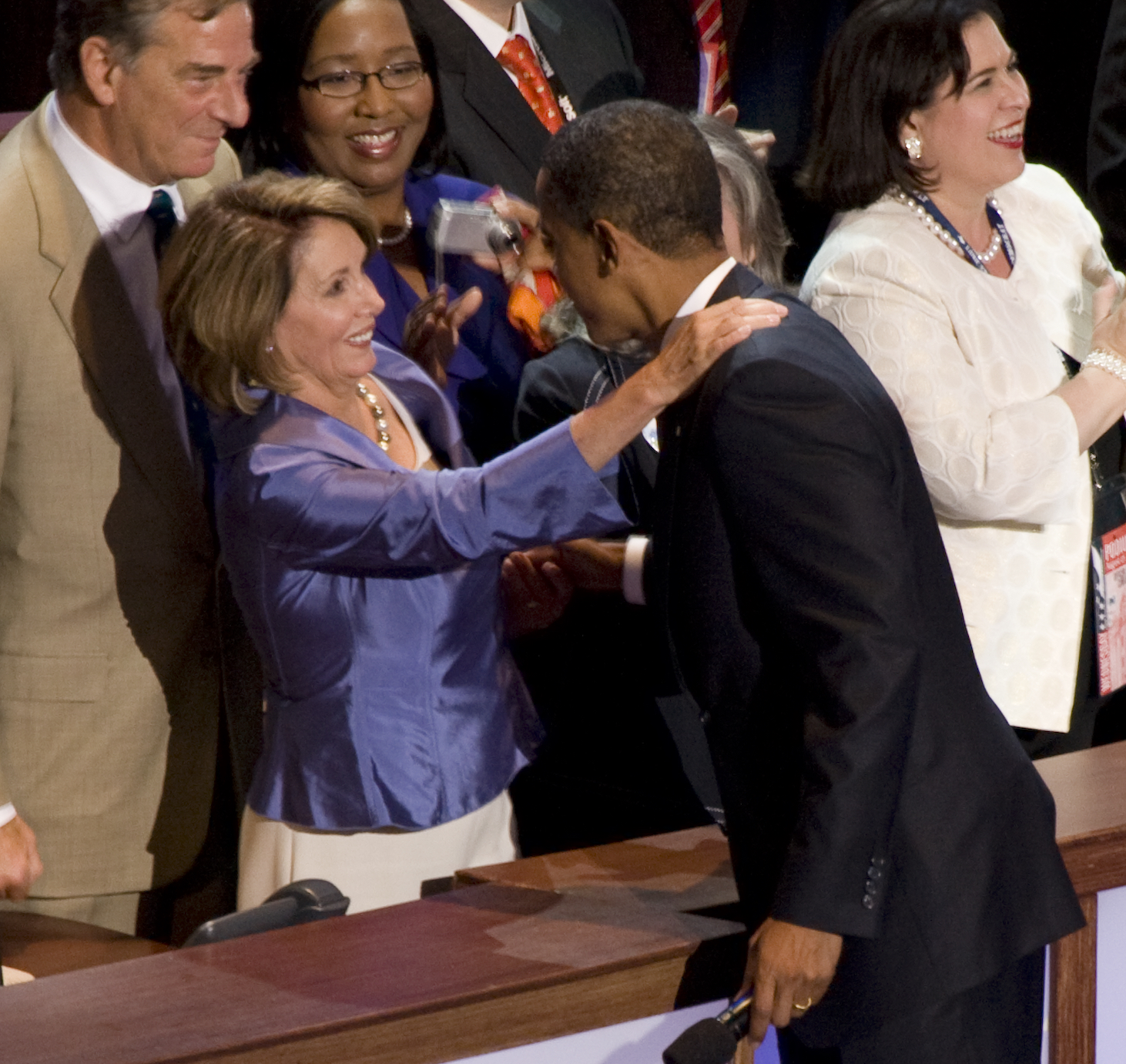 Representing California’s 5th district in the US House of Representatives, Ms. Pelosi is one of the most powerful US politicians today.  Once the Speaker of the House, Ms. Pelosi is currently the Minority Leader.  What this means is that she is a mover and a shaker in the halls of Congress.  As the minority leader, Ms. Pelosi helps create and implement strategies for the purpose of advancing the agenda of her party.  This includes legislation and assistance to Democratic candidates who want to get elected and re-elected.  She is the face of the party in Congress, and is always in front to promote, publicize and advocate her party’s platform.

As a ranking member of Congress, Ms. Pelosi also provides congressional advice and assistance to President Obama. She is in the position of being able to create and advance legislation in congress that affects citizens coast-to-coast.  She also serves on the very important Appropriations and Intelligence Committees.  The political clout that Ms. Pelosi brings to the table is power in every sense of the word.

Oprah is a multi-billionaire for a reason.  When she had her nationally syndicated talk show, she was one of the most watched people in the world, with an audience of millions.  Her style of presentation allowed Oprah to ascend beyond mere talk show stardom, and become an almost-universal household name.  Along the way, she earned the trust of her audience and a reputation for philanthropic work.  This is a woman who wants to make a difference in the world and not just make a lot of money.

Of course, she’s made a lot of money anyway.  She parlayed this into her own production company, allowing her to produce her own show, feature films, and television programs.  She also launched her own magazine, aptly named “O.”  Her next venture was to acquire her own cable network, again aptly named the Oprah Winfrey Network (OWN.)  Oprah’s reach is extensive, to say the least, and when Oprah speaks, EVERYBODY listens – whether you agree with her or not.

Remember her book club?  When Oprah announced she was reading a book, it would immediately shoot up the best-seller lists.  When a notable public figure needs to confess his or her sins, they go do so to Oprah.  Her sense of personal responsibility, intimate and emotional investment in social issues, and her ability to relate to the common person has allowed her to ascend to a pinnacle of social influence that really hadn’t been seen before, certainly not by a woman.