Fact, not opinion: dinosaurs are awesome. They were giant freaking lizards and that’s, well, that’s dope as Hell. But not every dinosaur was as awesome as the T-Rex. Some of them drew the short straw when it came to the looks department. Here are ten dinosaurs that came out worst of all.

Tsintaosaurus is a dino hailing from the late-Cretaceous period, that constantly seems surprised at how stupid it looks. The duckbill and the horn could, and did, work on other dinosaurs. Hadrosaurs in general pull off the duckbill all the time, but when you evolve a phallic

-shaped horn onto your head, you’re just asking for future writers to mock you. Come on, Tsintaosaurus: did you even think about that possibility?

Suzhousaurus is a theropod from the early Cretaceous period. Th dinosaur is guy comes from the same clade that spawned the T-Rex, a so terrifyingly awesome that Chuck Norris once punched through time just to pet one. If you’re looking at this article on a laptop, squint and tilt your monitor to the left. Now tell us that the Suzhousaurus doesn’t look like a rat with two tails. And when you’re supposed to be a 10-foot-tall beast of terror, and you can be compared to a rat, you suck at being a dinosaur.

Gryposaurus  is another duck-billed dino from the late-Cretaceous period, that could grow to around 30 feet long. Which is weird, because it looks like it grew inside of a 25-foot-long box. Seriously, look at that nose; it looks like God punched a T-Rex in the face. And what’s with those back legs? Gryposaurus must have been the first creature on Earth that could genuinely claim to have a ghetto booty.

Liopleurodon is a large carnivorous reptile from the Late Jurassic period. Yes, we’re aware it’s not technically a dinosaur. But it’s a giant reptile from millions of years ago that was featured on the TV show “Walking with Dinosaurs,” so it’s close enough. Deal with it! Being a strictly marine animal, Liopleurodon probably didn’t have to worry about the fact it had a giant head but, since scientists are strictly against throwing dinosaur remains into the water, we can only really see the Liopleurodon on land. There, it looks like someone tried melting a plastic crocodile toy. 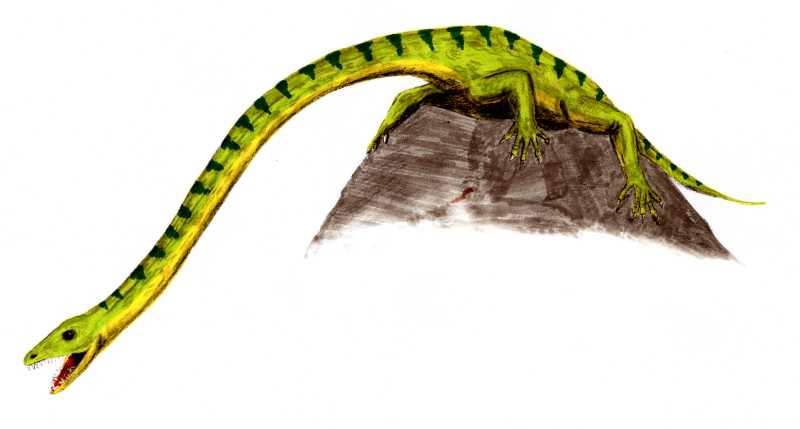 Tanystropheus is another giant reptile that is also technically not a dinosaur. But just look at it! It looks like somebody tried gluing a snake to a gecko, and it couldn’t stop screaming the entire time. It supposedly had the longest neck possible within the laws of physics, the reason for which is highly debated. Scientists seemingly haven’t realized that lady Tanystrophei simply couldn’t get enough of those long necks.

No, that isn’t a T-Rex with a leaf on its head. It’s a theropod from the early Jurassic period, that just so happens to have a big ol’ crest on its head for no apparent reason. Of course, old Cryolophosaurus could still tear out your heart with its tongue but, could you really, honestly, truthfully be scared of a dinosaur that was once informally known as the “Elvisaurus,” and looks like a T-Rex on steroids trying to flex. Well, we already know the answer: NO. So don’t bother lying about how you would totally be scared of that thing. And don’t think we won’t find out if you do: whenever you open an article on this site, our interns automatically watch you through your webcam. So watch it.

Nice underwear, by the way.

By now, it’s fairly common knowledge that dinosaurs are the early ancestors of the birds we have today. So it’s only natural to assume that there was something in between Velociraptors and chickens. Turns out, Microraptors were that step. Whereas birds have their wings, well, where wings normally are, microraptors wanted to have some on their legs too, because more wings means more flying. Science!

You can just imagine the rapidly-evolving Microraptor trying to convince its slower friends that this was a good idea:

“Oh man, is that Terry? Yeah, it’s Terry; I wonder what he wants today.”

“Guys, I have the best idea. Lets evolve wings!”

“…we already have wings, Terry.”

“Not on our legs though! Come on guys, think about it. Wings…on our legs!”

Epidexipteryx is another creature from the late Jurassic period; it’s also apparently just had its nails done and doesn’t want anyone touching its weave. Epidexipteryx marks one of the other steps in between birds and dinosaurs, which is pretty important to scientists. But, for us regular people, it just seems like scientists are determined to make us less terrified of dinosaurs, so we don’t crap out a lung when the ones they’ve cloned escape into the city.

This little guy hails from the late Triassic period, a period of time that was filled with more things that want you dead than the Middle East. As such, being tiny wasn’t that much of an advantage, especially when there were dinosaurs that could kill you by farting too hard. In fact, one of the only advantages small creatures had was their ability to hide, which is rather difficult when you have giant feathers sticking out of your back. Unless Longisquama was somehow able to hit other creatures with the feathers or something. Actually, that would be pretty rad, so it probably didn’t happen. Clearly, Longisquama is a creature that God hated really hard. 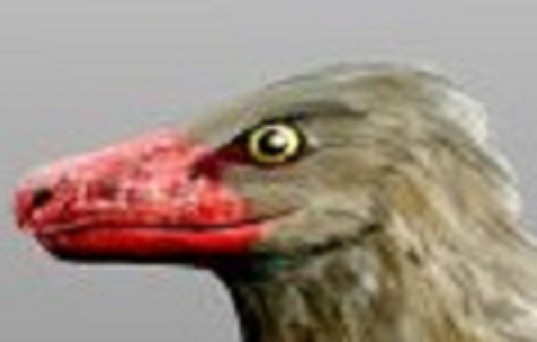 Ever wondered what would happen if you forced a chicken to get it on with a crocodile, then threw the result against a wall? If so, you’re mentally deranged, but no longer have to dream, because Hesperonychus is the creature you’ve been dreaming of. And soon to be having nightmares about, because look at its eyes: 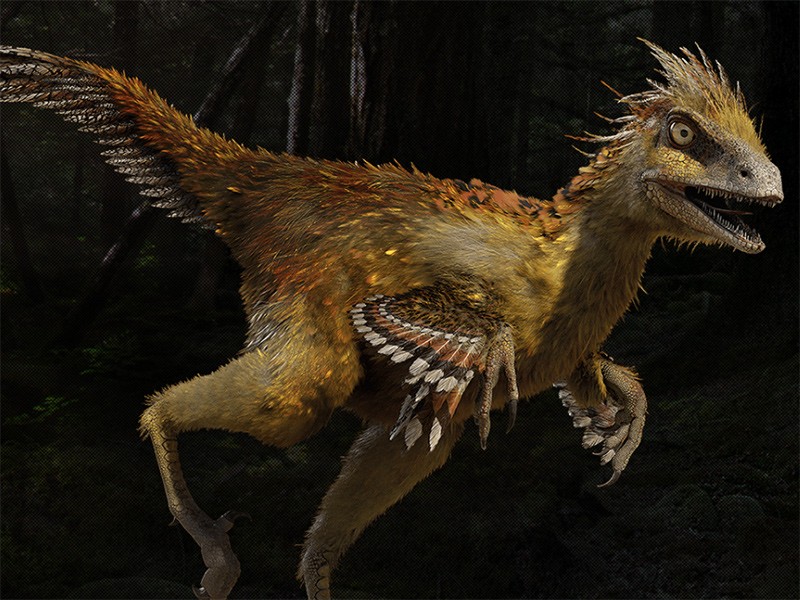 Its cold, dead, murder-filled eyes. It knows how stupid it looks, and is secretly planning on killing you in your sleep for laughing at it.

Edgar Allen Poe would have just straight-up committed suicide, if this thing started harassing him.