Just because a symbol is used by one culture or group, doesn’t mean it’s off-limits to other groups. Countless symbols have been used over and over again by various groups throughout history, oftentimes with drastically different meanings. Such as … Native Americans believed the eagle was symbolic of nature, and a messenger of the Creator. The eagle flies higher than other birds, and thus sees all that is going on below it. Their higher altitude also places them closer to the Creator. Some believed the eagle carried the prayers of people up to the spirit world to be received.

In 1782, the United States chose the bald eagle as the national emblem because of its majestic looks and strength. Yep, Uncle Sam ran with the bald eagle for no real reason other than it looks pretty. Obviously, Native Americans, and those who came here later, had some differing opinions, especially regarding nature and what its actual purpose is.

While the origin of the Jolly Roger symbol is controversial, it certainly wasn’t invented by the pirates you think of when you think of pirates.There are a couple of different beliefs as to its origin. Some believe its name comes from a French phrase that means “pretty red,” and that it was flown by privateers. Others believe it was a mistranslation from an Indian language, while others believe it was a variation of a nickname for the Devil. The truth is, we don’t really know where it came from. But is has certainly been used by a variety of diverse groups throughout the ages. 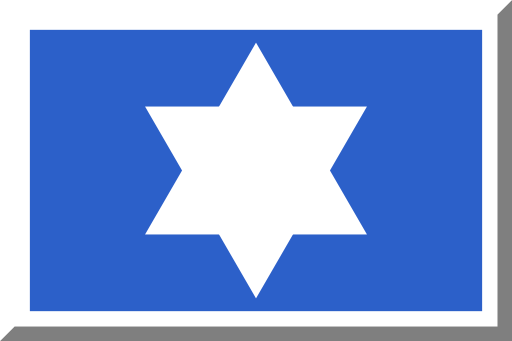 These two ancient religions aren’t really what one would call like-minded. Whereas the fundamental belief of Judaism is there is only one God, and we don’t really know his name, Hindus believe there are many, many gods, and they happen to know each of their names. Well, maybe they aren’t memorized. But they can always look them up.

Fleur-de-lis is a French word that, when translated into English, means “lily flower.” There is a legend that it was the flower given to Clovis, king of the Franks, at his baptism. It is said that it was given to him by the Virgin Mary. Now, we aren’t quite sure how that would have worked, since she had been dead for hundreds of years by that point. We assume it’s symbolic. After that, it acted as a symbol for both the French monarchy and the Catholic church.

Today, several different groups use the Fleur-de-lis as a symbol. French explorers brought it with them to America, and thus it makes sense as the symbol for the New Orleans Saints. It is also the major emblem of the Boy Scouts of America, a group that doesn’t really seem to be focused on French culture. 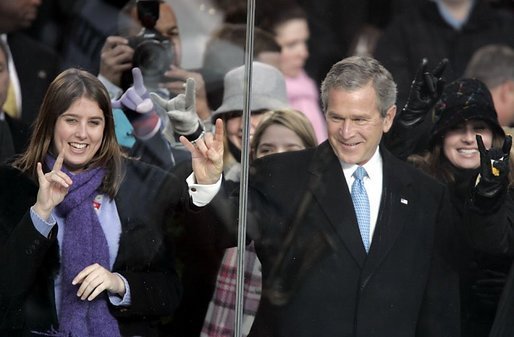 The Hook ‘Em Horns symbol is used to represent the University of Texas. It is a reference to the school’s mascot, the longhorn, and is meant to approximate the head and horns of this specific breed of cattle. It is used by students and alumni to represent school pride, and also by fans who never went to college anywhere close to UT.

However, in many parts of Europe, it represents something much different: Satanism. So, when George W. Bush’s daughter made the symbol, there was mass confusion in Norway, with newspapers writing about her shocking greeting. 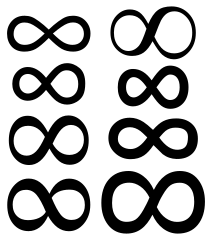 The word “infinity” is derived from a Latin word that means unboundness. In ancient India and Tibet, the infinity symbol represented unattainable perfection, dualism, and unity between men and women. The infinity symbol has since been used by religions such as Hinduism and Buddhism to represent reincarnation. It has also been used by Scientology to represent their “urge towards the infinite.” Not to mention their urge towards scamming you out of all your money.

It is most commonly used today, however, to represent a mathematical unit that has no end. It is used in calculus, physics, computing, and estimating when math class will finally end. 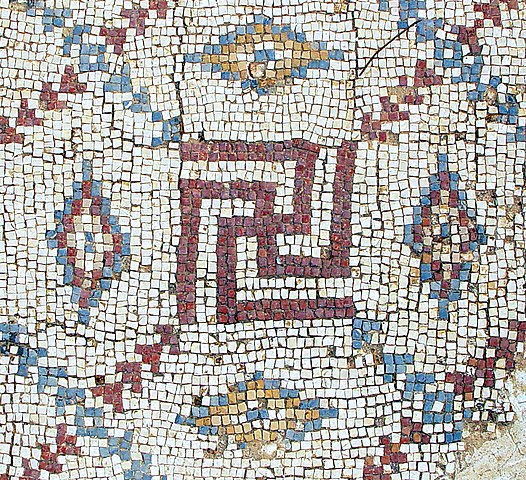 Before the 20th century, the swastika was an ancient Indian symbol that meant “to be good.’’ It was used by many cultures throughout history, even the United States. Yep, a US army regiment had a swastika patch on their uniforms during World War 1, as odd as it may seem today. Some sports teams even used it as a symbol.

Then the Nazi adopted the symbol, so of course everybody else stopped wearing them, because no one could have supported the Nazis, right? Uh, well … there were actually lots of Nazi sympathizers in the US during the 20th century. In 1939, over 20,000 people attended a pro-Nazi rally … at Madison Square Garden in New York City, which featured a massive portrait of George Washington hanging next to some swastikas. Well OK; back then, they didn’t know the full extent of what Hitler was doing. However, the CIA happened to help Nazi sympathizers up until the … ’50’s? Yes, the ’50s. And the CIA. They claim they only did it because they didn’t want the Nazis working with the Soviets. Using that logic, maybe Batman should team up with The Riddler so he doesn’t start working with The Joker. 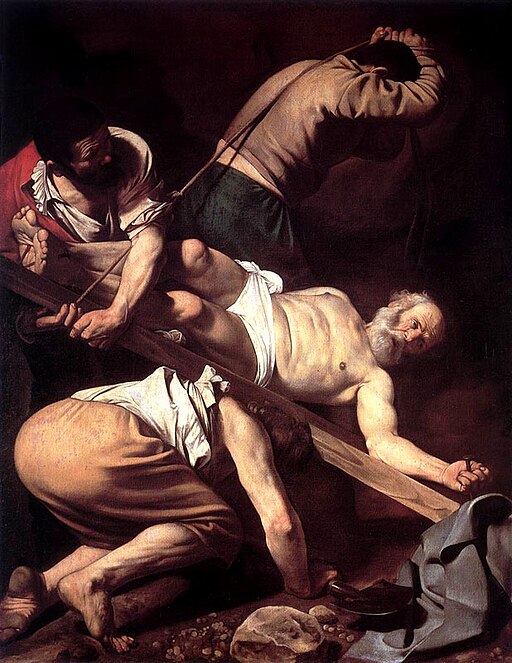 The inverted cross is used by many as a symbol of rejection of Christian doctrine. Satanists wear it in order to show their commitment to their beliefs. And heavy metal people use it because it looks sick, man. You can count on someone with an upside down cross to be an anti-establishment badass.

But the very same symbol is used by the establishment itself, as Catholics and other Christians see the inverted cross as symbolizing something much different. St. Peter was condemned to be crucified. However, before the punishment was to begin, he asked his captors to turn the cross upside-down. It is explained that he didn’t feel worthy to die in the same way as Jesus did. And so, for Catholics, the upside-down cross acts as a religious symbol, and a reminder to be humble.

In 2008, California passed Proposition 8, a bill that defined marriage as between one man and one woman. As a backlash, the White Knot ribbon campaign was begun. The knot represented marriage, and was used by activist for marriage equality.

Recently, a reaction against the reaction has created a new movement with a somewhat-similar premise. Supporters of Prop 8 have come up with the idea for God’s Marriage Bow. As the website Christian Post put it, they “want supporters of traditional marriage to wear white bows in symbolic reference to the unity and purity of traditional marriage.” So if you wear a white bow, you support gay marriage, and if you wear a white bow, you oppose gay marriage. Got that?

Enso is a Japanese symbol that means “circle.” It is a very common subject in calligraphy, and is seen as one of the foundations of Japanese minimalist art. It is used by Zen Buddhists and others to represent enlightenment, elegance, the universe, the void, freedom, and strength.

It has also been used by several multinational companies as an advertising symbol, representing profits. It was used notably by the telecommunications equipment company Lucent, until it merged with another company in 2006. It is now used by a company called Enso Group, which has invested in oil, gas, and mining, clearly the most Zen of businesses.

Previous ArticleTop 10 Real People Alleged to be Vampires
Next Article Saving Your Dog Before Your Wife, Because Doggies!