Almost everybody loves rock n’ roll.  Being in a rock band is every teenage boy’s dream: the lights, women, the roaring crowd, the fame, the women, the women, the recognition.  And women.  What they don’t seem to realize is that you don’t necessarily need to play a “standard” instrument to get there.  In fact, many of the popular rock songs that we all know and love feature some pretty strange instrumentation.

The harpsichord may look a lot like a piano, but it sounds entirely different.  The piano produces sound by striking strings with mallets, whereas the harpsichord plucks its strings, producing an ethereal, twangy sound.  It’s easier to picture a man from the 1700’s in a powdered wig sitting at one of these than a rock musician.  I mean, where do you hide the pyrotechnics? 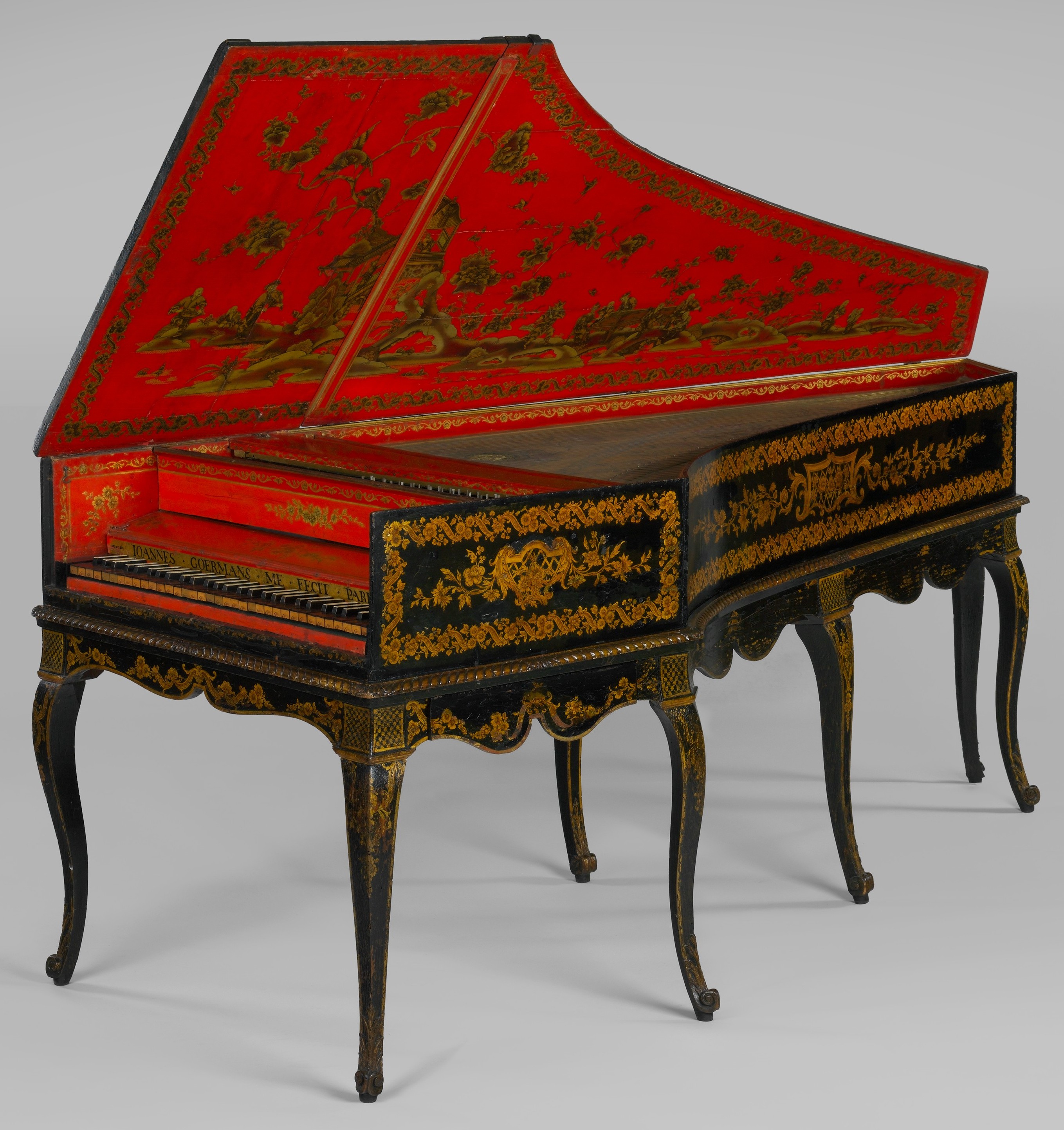 Can Be Heard In: “Too Afraid To Love You” by The Black Keys

The song begins with only drums and a keyboard, but the keyboard soon drops out and is replaced with the harpsichord.  It’s a rather odd selection for a rock song, but coupled with the singer’s rough, soulful voice, it makes an unforgettable combination.

The glockenspiel is basically a xylophone with metal keys.  Like the harpsichord, it’s not that uncommon in classical music, but it doesn’t exactly scream “rock n’ roll” at the top of its lungs.  Radiohead’s Thom Yorke disagrees. 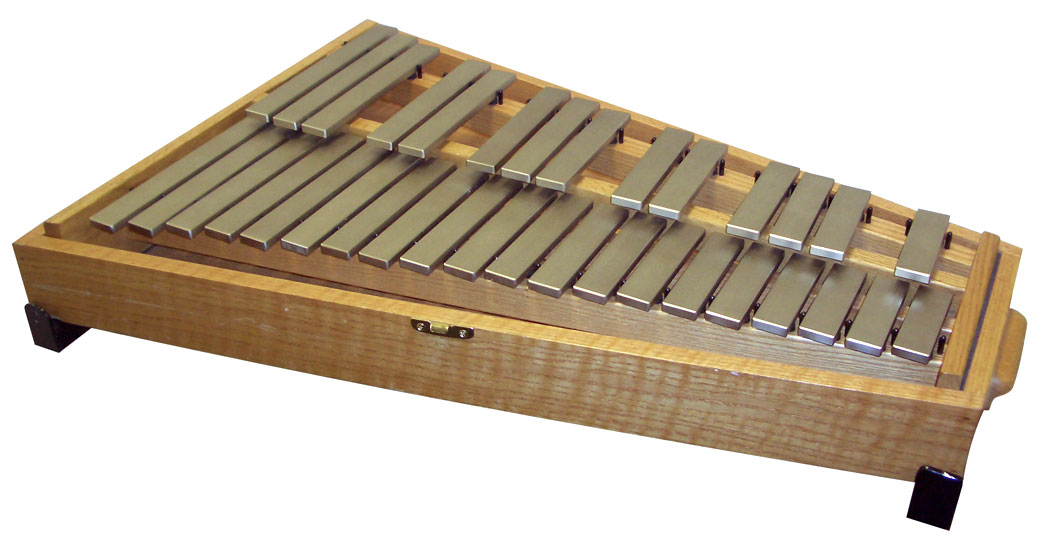 Can Be Heard In: “No  Surprises” by Radiohead

Listen closely or you might miss it– it’s those high-pitched “ping” noises.  It sounds simple enough, but it does a splendid job of setting the atmosphere, making the song much more mellow and surreal.  And all that was accomplished by smacking a few metal keys with mallets.

Maracas can be heard in a wide variety of Latin music.  Traditionally they are made from a dried gourd filled with dried seeds and are played by shaking them along to the beat of the music.

Can Be Heard In:  “You Can’t Always Get What You Want” by The Rolling Stones

The Stones must have thought that drums just weren’t enough percussion for their hit, because there are some maracas in the mix as well.  You can’t actually see the maracas in the video (perhaps they thought a non-band member shaking maracas in their midst would detract from the bad-boy band image), but if you listen closely, you can hear them very easily. 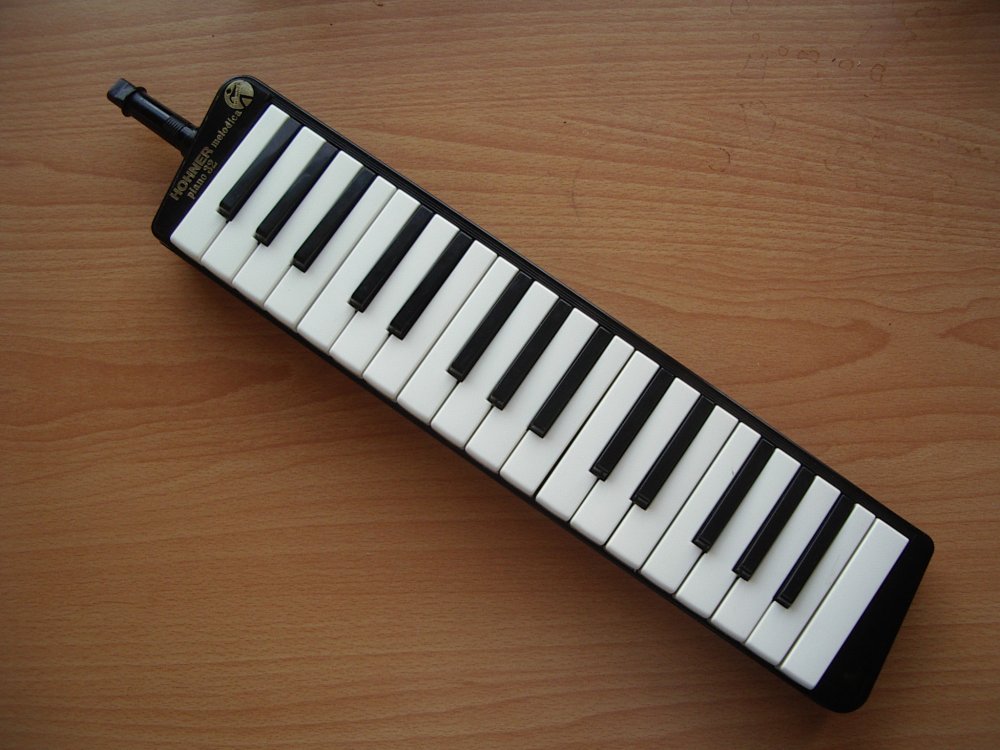 The melodica is some sort of crossbreed between the keyboard, the flute, and the harmonica.  You play it by blowing into the mouthpiece and pressing the keys to alter the pitch.  Pressing a key moves a reed into position so that the air goes through it and produces that key’s specific note.

Can Be Heard In: “Champagne Supernova” by Oasis and “The Distance” by Cake

Two famous bands have used the melodica in their music: Oasis and Cake, and it can be seen in both bands’ music videos.  It produces a sound that is nothing like what you would expect, but you can clearly hear it during the parts of the videos where the instrument can be seen.  The melodica that Cake uses looks quite a bit different from the melodica above, but it is definitely a melodica.

The violin is used primarily in classical music, but sometimes rock bands that have entire orchestras in songs will have violins as well. But The Who is a loud band: the loudest band ever if you believe their claims. For an instrument like the violin to be heard, they needed to take it one step farther: electric violins.

When they played it live, Roger Daltrey (the lead singer) played the part on harmonica, but you can clearly hear the violin at the end of the studio version.  This is merely an assumption, but that probably had something to do with the Who not having a full-time violinist in the band.

When you think bagpipes, do you think irate Scotsmen in kilts and funny hats?  If so, you aren’t alone; that’s the image that comes to mind for most people.  But classic rock fans with a good ear just may think of AC/DC.  Or maybe they just watched the music video.

The video is of the band riding a parade float through a city, and there are three men with bagpipes on the back of the float that play along with them.  What’s even more surprising than the bagpipes being used in this song is that we see the lead singer, Bon Scott, playing them in the video.  It’s one thing to hire bagpipers (if that’s even a word) to play in one song, but Scott actually knew how to play them.  Adequately.

Believe it or not, spoons are often used as a percussion instrument.  This is done by holding two spoons in such a way that they click together when you smack one against a surface such as your other hand or thigh.  And if you don’t think that sounds very complex, just listen to the spoons in this song:

Can Be Heard In: “Spoonman” by Soundgarden

The song was inspired by a Seattle musician called Artis the Spoonman, who played his music with spoons.  The spoons that you hear throughout the song are actually being played by Artis.  It’s somehow more comforting that way, knowing that none of the members of Soundgarden actually know how to play the spoons. The Theremin was invented in the early 1900’s by Leon Theremin, and is the only instrument in the world that you play without touching it.  It just looks like a box with two antennae sticking out of it, and you play it by changing the distance that you hold your hands from them.  It’s just about the closest science has come to true telekinetic powers.

Can Be Heard In: “Good Vibrations” by The Beach Boys

The Theremin that The Beach Boys use in this video is a little different (it lacks the antenna on the top) but it is still a Theremin and functions and sounds the same way. 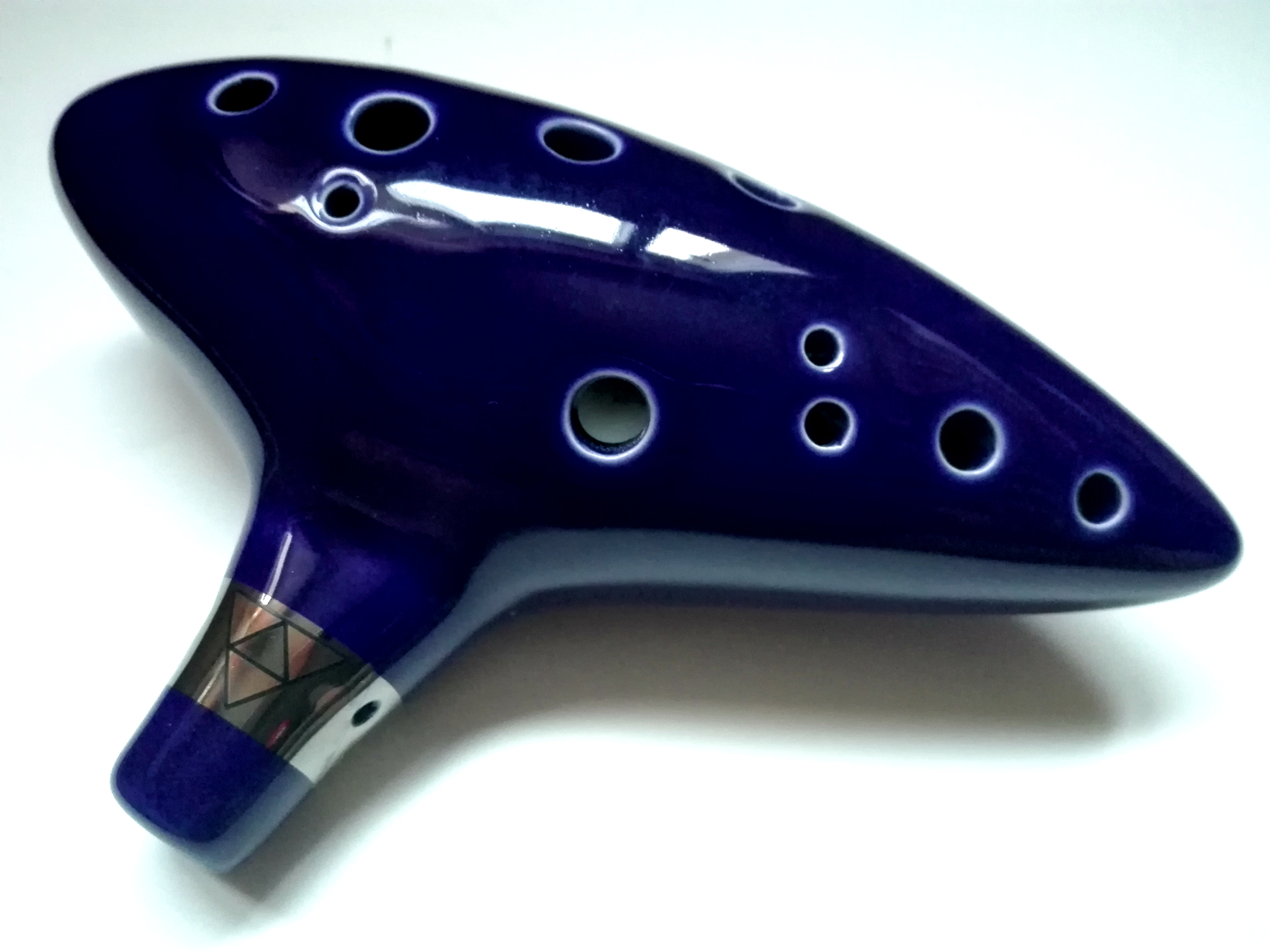 Anyone who has played The Legend of Zelda knows what an ocarina is.  But for the rest of you, it’s very similar to a flute.  The main difference is that you change the notes of a flute by covering holes that effectively change the length of the instrument.  With an ocarina, this doesn’t happen.  The entire instrument resonates and covering the holes just changes the way that the resonating happens.

Can Be Heard In: “Wild Thing” by The Troggs

Unlike many of the other instruments on this list, the ocarina isn’t just featured in the song.  There’s a full-blown ocarina solo in the middle.  But even that doesn’t wear the crown for weirdest solo in rock music history.

Wait a second.  The chainsaw is a power tool, not a musical instrument.  You don’t play a guitar solo with it; you use it to cut down trees!  But tell that to Jesse James Dupree, lead singer of the 80’s hair metal band Jackyl.

Can Be Heard In: “The Lumberjack” by Jackyl

As the music inevitably builds to the guitar solo, Dupree reaches down for his guitar, and pulls up a chainsaw.  Now, at this point any normal person would stop the song, yell at his band-mates for swapping his guitar with a chainsaw, and start the song over.

But this is rock n’ roll.  It’s an unstoppable, testosterone and drug-fueled, exploding sex tornado.  Dupree shrugs and plays the freaking solo on the chainsaw.

At the end of this song in Jackyl’s live shows, Dupree saws a stool in half with the chainsaw, smashes it, then throws the pieces into the audience, because there’s no better souvenir than a concussion.