When you think of dolls and action figures, characters such as Superman, Spider-man, Flash, and Batman probably come to mind. You may also think of the, oh so infamous Barbie and Ken. In most cases, the action figures or dolls you think of are generally centered on characters or people that are good role models, or characters that we see as being heroes. No matter what character comes to mind, it’s doubtful that you think of something obscure.

However, with the popularity of dolls spreading, more and more people have created some of the most obscure and outright weird toys. Here are the top ten dolls that I think really boggle the mind. Hey, if you’re looking for a gag gift, keep these in mind. 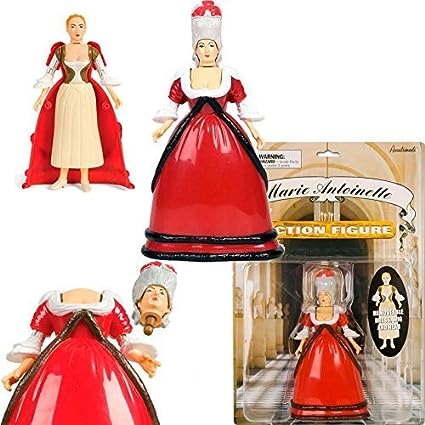 That’s right; you can own a Queen of France and Navarre action figure. Not only does this action figure completely embody Marie Antoinette and how women lived during her time, it even reenacts her own death. At your own leisure, you can play executioner and watch poor Marie’s head pop right off. I’m not sure heads “pop off” when cut off by a sharp blade, but who knows. While playing executioner, bring along a female friend who can quote “Pardon me Sir, I meant not to do it.” All the more fun.

As yes, the great man of psychoanalysis. There’s nothing more enjoyable then the Oedipus complex, the triad psyche, dream analysis, and of course the good old phallic symbols. Who wouldn’t want to be able to play with a coke fiend who seemed somewhat obsessed with sexuality but would never undergo his own treatments? I know I couldn’t pass that up. The best part of this action figure: the cigar. Completely fits all Freud stood for.

In case you want to add to your Sarah Palin shrine, this is perfect. At least it enhances Palin’s world-renounced hair bun…thing. The grimace on her face is just creepy, for lack of a better word. It just screams, “You betcha!” There’s no way I’d put this thing in my house. For all those men who find Sarah to be sexy, well…this action figure does her no justice. I guess the short skirts, low-cut shirts, and bare mid-drifts do something, but man, that face, that face. 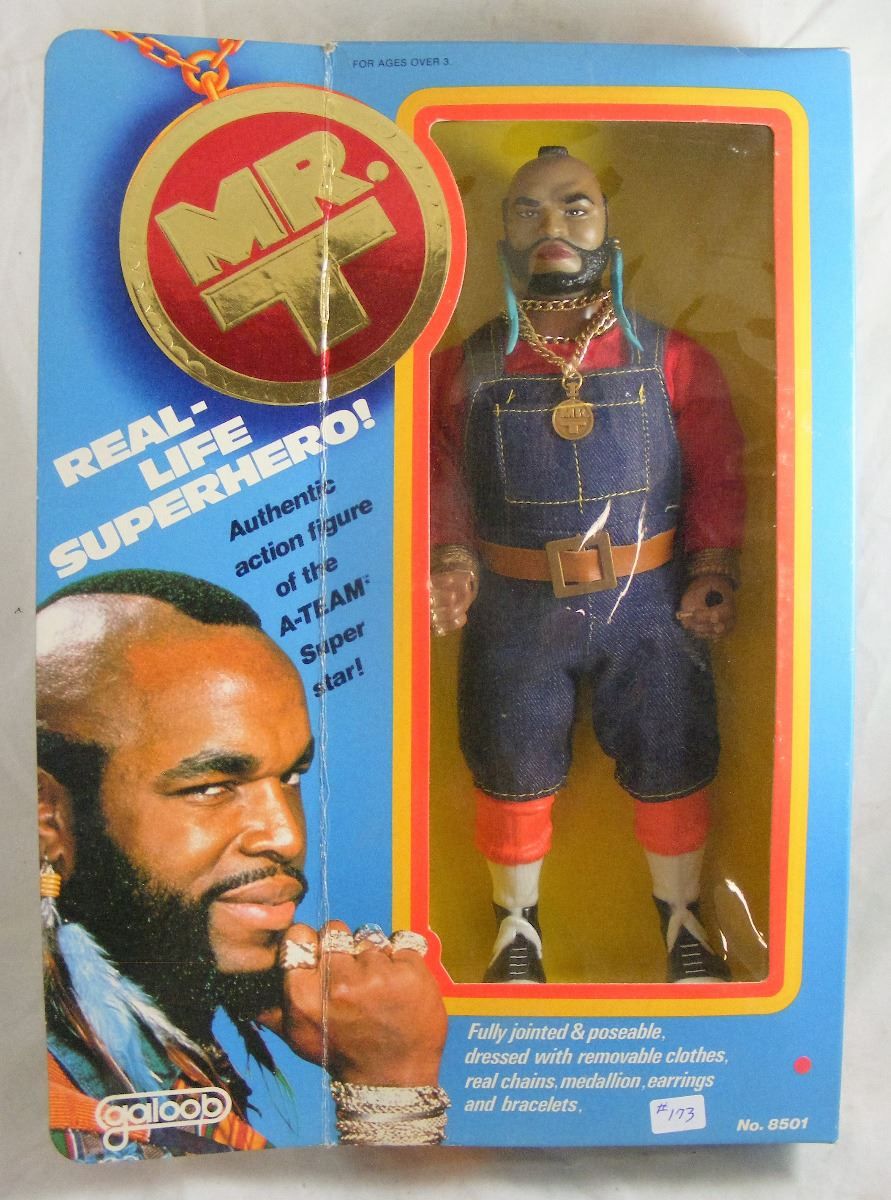 Not only is he a superstar of the A-Team, he’s a real superhero, FOOL! Batman and Superman have nothing on Mr. T. Decked out with blue feather earrings and a blue box, this doll is perfect for all those A-Team fans, if there are (m)any. Mr. T. is fully jointed. You know what that means…you can totally act out some A-Team fight scenes. The clothes come off too, for those who have dreamed of a naked Mr. T. in their room. 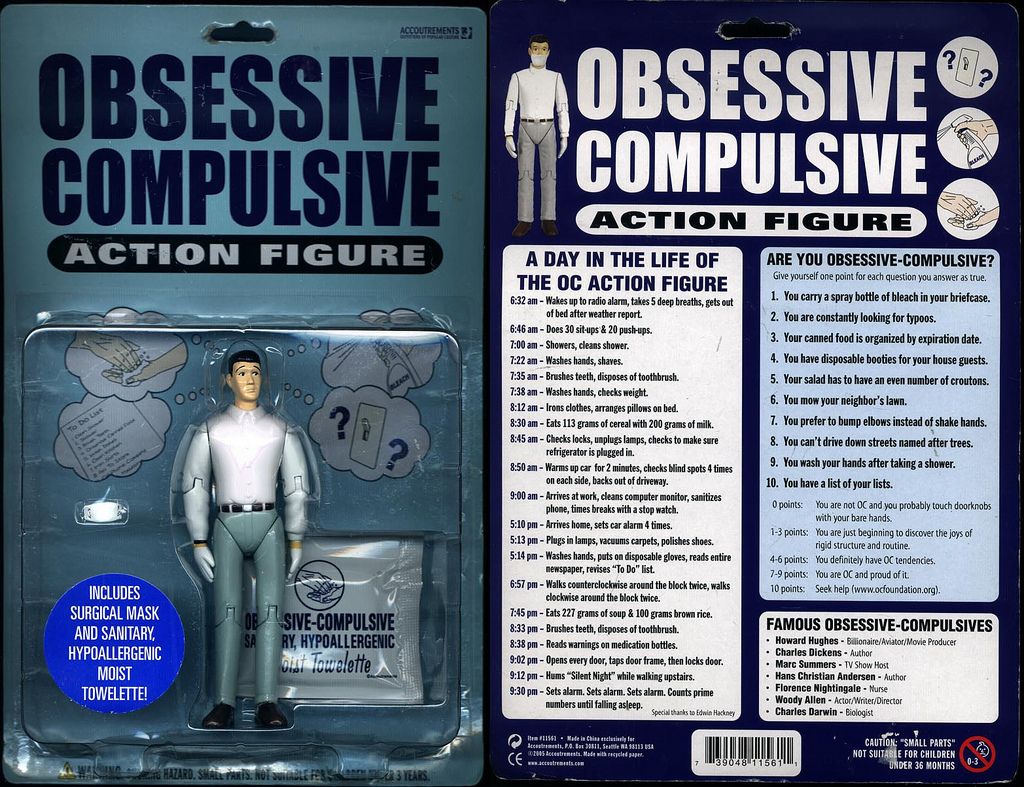 What exactly do you do with an OCD action figure? Maybe it does all of the worrying for you. I guess if you wash your hands more than 10 times a day, feel the need to take a shower if you hear someone sneezing, pick all of the balls of lent of your own clothes as well as your friends’ and you press the alarm button on your car about 5 times, this guy could just become your best friend. He’ll probably be the cleanest toy you’ll ever own, sporting a sanitary towel you can use to clean him with once your dirty nasty hands have touched him. 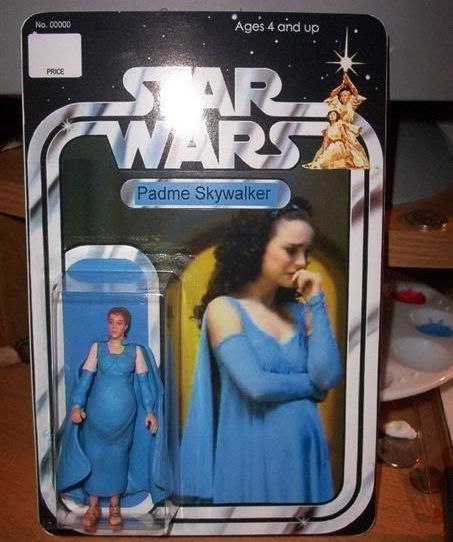 I know not a thing about Star Wars, and frankly, I find most Star Wars action figures to be pretty acceptable. But this one stands out because well…she’s pregnant! Not only is she pregnant, the picture on the box obviously shows a distraught Padme. What’s that say about pregnancy? The best part is the fact that the toy is for “ages 4 and up.” Try explaining the belly bump to a 4 year old. That could be problematic. Not only do you get a doll, but a postcard, as well as Vanilla Ice club information. Ohhh yeah. I wonder if this club is still up and running. Anyone wanna join with me? Question is who really wants a Vanilla Ice postcard, or a doll for that fact? You also get to pick between two super flashy outfits. Definitely a great doll to play dress up with. I’d use him as a microphone around the house as I sang Ice ice baby.

Dun na na na, can’t touch this. Seriously? One of the best dolls, ever. The bright, sparkly, purple jacket, black sequin undershirt, and…the shades. Perfect! I’d say this was the first ever Ken doll. You could even buy different outfits to put on him. (Yes, the company did make separate outfits.) It even comes with a cassette. You can jam along while playing. Thank you, Mattel.

Adolf would have just adored Barbie, you know, with those blue eyes, white skin, and the blonde hair. I’m not exactly who would buy this doll. I’m sure it’s popular in some countries, but really? At least it comes in a nifty box with Hitler’s full life story. As if no one has heard it before. In any case, I’ll reward it for its ability to express Hitler’s usual smug, mean, angry, serious, stern looking face. 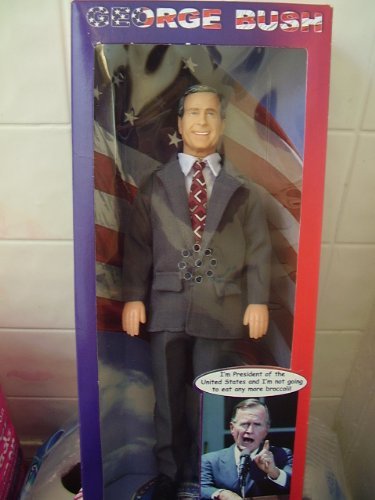 Not the greatest president, but not a bad looking doll.