We’ve all achieved something in our lives, and some of these feats are quite amazing. Just today, for example, TopTenz sent this page to hundreds of millions of homes, and made billions of people happy when they read it aloud for the amusement of friends and family.  If you aren’t doing that now, by the way, get on it. Even if you have to shout to be heard over whatever it is they’re watching or listening to.

Pretty amazing right?  But it doesn’t inspire anyone to want to live a better life or anything.  No, it’s more akin to the subjects below, whose achievements are so uninspiring that you shake your head in wonder at how they could possibly have seen the task through to the end. It sounded so practical at the time.  In 1906, William Schmidt staked 24 mining claims out in the El Paso Mountains to help him transport valuable ore in less time.  Working alone with nothing more than a hammer, pickaxe, handheld drill and some dynamite, he spent the next thirty-two years digging a 2,087-foot long tunnel through solid rock.  The tunnel very nearly collapsed on him time and time again, though he tended to just shrug it off like an annoying gnat.  Once, he went to his neighbors saying, “tunnel almost got me” and that was all.  Stupid brush with death.

By 1920, the tunnel had lost any practical value when new roads and railroads were put in, but Schmidt still went at it.  You can talk about dogged determination all you want but, clearly, the real reason was one all us guys can relate to: making the world’s most literal man-cave.

(Editor’s note: Close enough, as no image of John’ actual paper exists.  Hope you like reading The Tattler!)

Born in 1797, James Johns was a Vermont native who tried to make his way as a writer but couldn’t get anything published.  So he launched his own newspaper called the Vermont Autograph.  Because he didn’t initially have a printing press, he taught himself how to write in a style that was amazingly close to print type.  In his thirties he finally got that elusive printing press, but never bothered to use it since he was basically his own printer anyway.  This was a bit of a mistake; each issue of his newspaper took twelve hours to write, so its circulation never went higher than maybe six people.  Curiously, that would be the exact same amount today. 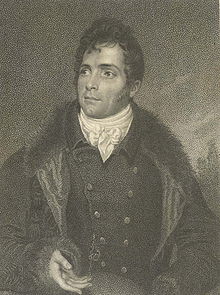 Coming from a privileged background, Coates financed his own productions of Shakespeare’s plays and other classics from 1810 to 1816.  He performed to sell-out audiences, and was recorded as making people laugh so hard that it physically hurt them.  But, of course, he was trying to do straight drama instead of attempting comedy.  Sure, he wore outfits that were diamond studded, a hat with ostrich plumes, a pink silk scarf, a sky blue cape, and all-white otherwise.  Sure, he would often adlib without warning and after deliberately dropping character, repeat ridiculously exaggerated gestures such as death scenes as many as four times, but he was serious.

He had to be: he literally needed police protection because he was constantly getting death threats and stuff thrown at him because people took the plays so much more seriously back then.  Imagine Tommy Wiseau of The Room fame, times ten, and risking violent murder over doing what he does.

In 1956, former postal worker McKissack got a permit to build a 5,000 square-foot park in Houston, Texas.  Like Schmidt before him, he did it almost entirely by himself.  Huge amounts of it came from junkyard scrap or litter he found scattered about.  Towards the end, having no driver’s license, he had to haul everything around on a bicycle.

The best part?  The whole thing was meant to be a tribute to oranges, and a ridiculously exaggerated sense of how healthy they are.  McKissack posted signs that said “BE SMART- DRINK ORANGE JUICE” and drew up maps of where oranges are grown in the United States…on scrap metal.  He finally opened the park in 1979, to almost no public interest. It wasn’t until after his death, when his friends would book bands to perform there, such as the fledgling ZZ Top, that the place became a successful tourist trap.

You might not expect an owner of a lawn-mowing service in Riverton, Wyoming, who was afraid to go New York City or Los Angeles because “everyone is in a hurry there and they honk for no reason” to become a media darling.  Wimp did so in about the simplest, quietest way possible: he wrote down numbers, one at a time, on pieces of paper.  Then he switched to counting with electrical calculator printouts in 1982.  He counted to over a million, got bored with counting up, went back the other way, and then started counting up again.  By the time he got national coverage, he had counted to over 3.7 million.

(Editor’s Note, Again: This is not Mobin Khan.  Mobin Khan evidently hates cameras, because not one single picture of him is anywhere to be found.  So three cheers for stock photography!)

Mobin Khan is an Indian driving instructor.  One so amazingly good at driving that he has driven for thousands of kilometers at a time.  In reverse the entire way. He was credited for driving 2,500 kms in reverse by the Indian government in 2009 but was, at last effort, not recognized by the Guinness World Records.  Maybe it’s for the best.  This is like “longest time spent running around on the freeway naked,” one of those records you really don’t want people to risk trying to break.

It is one thing to just have an extremely large collection, but how many of us are so dedicated to it that we have a whole village named after us?  That’s the case with Lucy Pearson of Pearsonville, California.  She is famous for having 80,000 hubcaps in her home. Sure, it’s a community of only 27 people, but those are twenty-seven people who live every day in the shadow of her world record-setting hubcap collection.

In the very early years of Christianity, around 405 AD, one of the most distinguished saints was named Simeon, later often nicknamed Simeon Stylites.  Early on, he was extremely fanatical and was barred from being trained for the clergy at age fifteen.  He went to Antioch, Syria then and went into hermitage, and from there became what was then world-famous.

His view of Christianity wasn’t so much about blessing the meek, being charitable, or treating the body as God’s temple.  No, he was all about abusing himself in ways including, but not limited to, circling ropes around himself and tightening them until he bled.  He added on to the acts by having his eponymous platform built about ten feet high to isolate himself from everyone else while he wore animal skins and continued abusing himself.  Not only did he somehow achieve sainthood, he was actually contacted by Roman emperors for consultation. Doesn’t that make it all worth it in the end?

If you thought Mobin Khan set himself a hard goal, consider Wingo’s 8,000-mile backward walk that started in Fort Worth, Texas in 1931 and continued until 1932.  His rationale was simple: he had heard a couple teenagers in the restaurant where he washed dishes complain that everything had already been done.  It then sort of popped into his brain that no one had walked around the Earth backwards.  His trip cost him thirteen pairs of shoes and a wife who divorced him while he was away.  That’s too bad, but at least she didn’t do it behind his back.

Wingo was kept from completing his odyssey after being held up in Istanbul, Turkey; he apparently lost heart there and just decided to write a book about his experience instead of actually completing the experience.

Holding the most world records sounds so awesome. It’s like you’re not just one of the best, you’re the best at being the best.  But then you learn about Ashrita Furman and see his method, and you realize nothing will ever be awesome again.  You see, since 1979, Ashrita Furman has been setting records in activities so lame no one would ever be caught in public trying to beat his numbers.  Such feats include “fastest mile on a hoppity-hop,” “biggest pencil to sign name with,” and “largest hula hoop.”  His best one by far is “most jumping jacks” at 27,000 and, while the guy is clearly something of an athlete at an advanced age, it’s hard to shake the vibe that his life is the worst Jim Carrey movie never made.