Over 40 million Americans suffer from some type of anxiety disorder. It can be very difficult for an average person that suffers from anxiety to live a normal and happy life. Now, imagine someone who suffers from anxiety and, on top of that, is a famous celebrity. Celebrities do not live like normal people. Everywhere they go, they are the center of attention. When they are working — whether it’s on a movie set, a concert stage, or a sports field — all eyes are on them. When they go to the store or drop their kids off at school, all eyes are on them. They are under constant watch, and everything they do is usually caught on camera.

Having an anxiety disorder under those circumstances can be extremely uncomfortable, to say the absolute least. Many celebrities realize that it is futile to try and hide their disorder, and so they are very open about it.

Leann Rimes burst on to the country music scene when she was just 14 years old. She was the youngest artist to be nominated for an Academy of Country Music Award, and also the first country singer to win a Grammy for Best New Artist, in 1996. All of this kicked off years of traveling and non-stop shows, which eventually wore the singer down. Just after her 30th birthday, Leann checked herself into a treatment facility for anxiety and stress. “Leann has voluntarily entered a 30-day in patient treatment facility to cope with anxiety and stress,” her rep told People Magazine. He also said, “She is simply there to learn and develop coping mechanisms.”

Fred Durst is the front man for the nu-metal band Limp Bizkit. The band has been nominated for 3 Grammy Awards, and has sold around 40 million records worldwide. Fred was quoted on the site thinkexist.com as saying, “There’s an insecure part of me that comes out of me, I get nervous. I don’t know why, I wish I could overcome it because it gives me an anxiety feeling.” Fred is also known to be very sensitive to any type of stimulants, such as caffeine. He told Contact Music, “I can’t even drink a whole Diet Coke, anything with caffeine makes me anxious. Even chocolate.”

David Beckham is a very popular English soccer star, and was a runner-up for FIFA World Player of the Year twice. In 2004, David was the highest paid soccer player in the sport. In a television interview in the United Kingdom, David admitted that he suffers from Obsessive Compulsive Disorder (OCD). He said that, before he can stay in a hotel room, all the leaflets and books have to be in a drawer. David said, “I have to have everything in a straight line or everything has to be in pairs. I’ll put my Pepsi cans in the fridge and if there is one too many, then I’ll put it in another cupboard somewhere.”

Kim Basinger is an American actress, singer and former model. She has starred in dozens of movies and has received both a Golden Globe Award and an Academy Award. In her early 20’s, before she became a celebrity, Kim experienced her first panic attack while in a grocery store. Kim discussed her social anxiety and panic attacks in an HBO special, Panic: A Film About Coping. Kim said that after her first panic attack in the grocery store, she went home and did not leave her house for six months. Kim said, “Fear has been something I’ve lived with my entire life, the fear of being in public places, which led to anxiety or panic attacks. I stayed in my house and literally cried every day.”

Adele Adkins is a famous English singer and songwriter. She is the first female in the history of the Billboard charts to have three singles in the top ten at the same time as a lead artist. Adele told Q Magazine that she suffers from extreme anxiety, and has trouble performing in front of audiences. Adele said that she experiences fear and a racing heart when in front of large audiences, and she is constantly afraid that she will run from the stage. She recalled past experiences where she became so anxious that it led to her vomiting and using a fire escape to get away from the crowd. Adele said, “I have anxiety attacks, constant panicking on stage, my heart feels like it is going to explode because I never feel like I’m going to deliver.”

Emma Stone is an American actress. In 2007 she made her film debut in the movie Superbad. Since then she has gone on to star in several other Hollywood blockbuster movies. In 2010 she received a Golden Globe Award for Best Actress. Emma told Vogue magazine that she started having panic attacks when she was eight years old. Emma said, “I was just kind of immobilized by it. I didn’t want to go to my friend’s house or hang out with anybody.” Emma says that she still gets panic attacks sometime, but that she has learned to channel her feelings into her work.

Kate Moss is an English model and actress. She rose to fame in the model industry in the early 1990’s. In 2007, Time magazine named Kate one of the most 100 influential people in the world. Many people regard Kate as the foremost British fashion icon. In 1992, Kate was modeling for a Calvin Klein underwear campaign when she first experienced anxiety. Kate told Vanity Fair that during that shoot she had a nervous breakdown. Kate said, “I couldn’t get out of bed for two weeks and I thought I was going to die.” Kate went to a doctor and was prescribed Valium. Along with a friend’s help, Kate discovered she was suffering from anxiety.

Howie Mandel is a well-known Canadian comedian and actor. He is also well-known for germaphobia, which is a fear of germs. Howie will not shake hands with people unless he is wearing latex gloves. He has hosted different game shows over the years and instead of shaking hands with contestants, he bumps fists instead. While on the Howard Stern Radio Show, Howie said that the reason he shaves his head is because it makes him feel cleaner. Howie also said on another radio show that the only bathroom he can use is his own.

Woody Allen is a famous American actor, screenwriter and director. In the early 1960’s Woody began his career as a stand-up comic. Comedy Central ranked Woody 4th in a list of the top 100 all time comics. Woody’s Hollywood career has spanned more than five decades and continues to this day. Woody often plays anxiety-stricken Jewish characters, and many of his inspirations come from his real-life battle with anxiety. Woody told the BBC that he makes films as a distraction from “depression and terror and anxiety.” Woody said, “My whole life, I am constantly fighting all kinds of depression and terror and anxiety.” He also said, “I make films because if I don’t make them then I don’t have anything to distract me.” 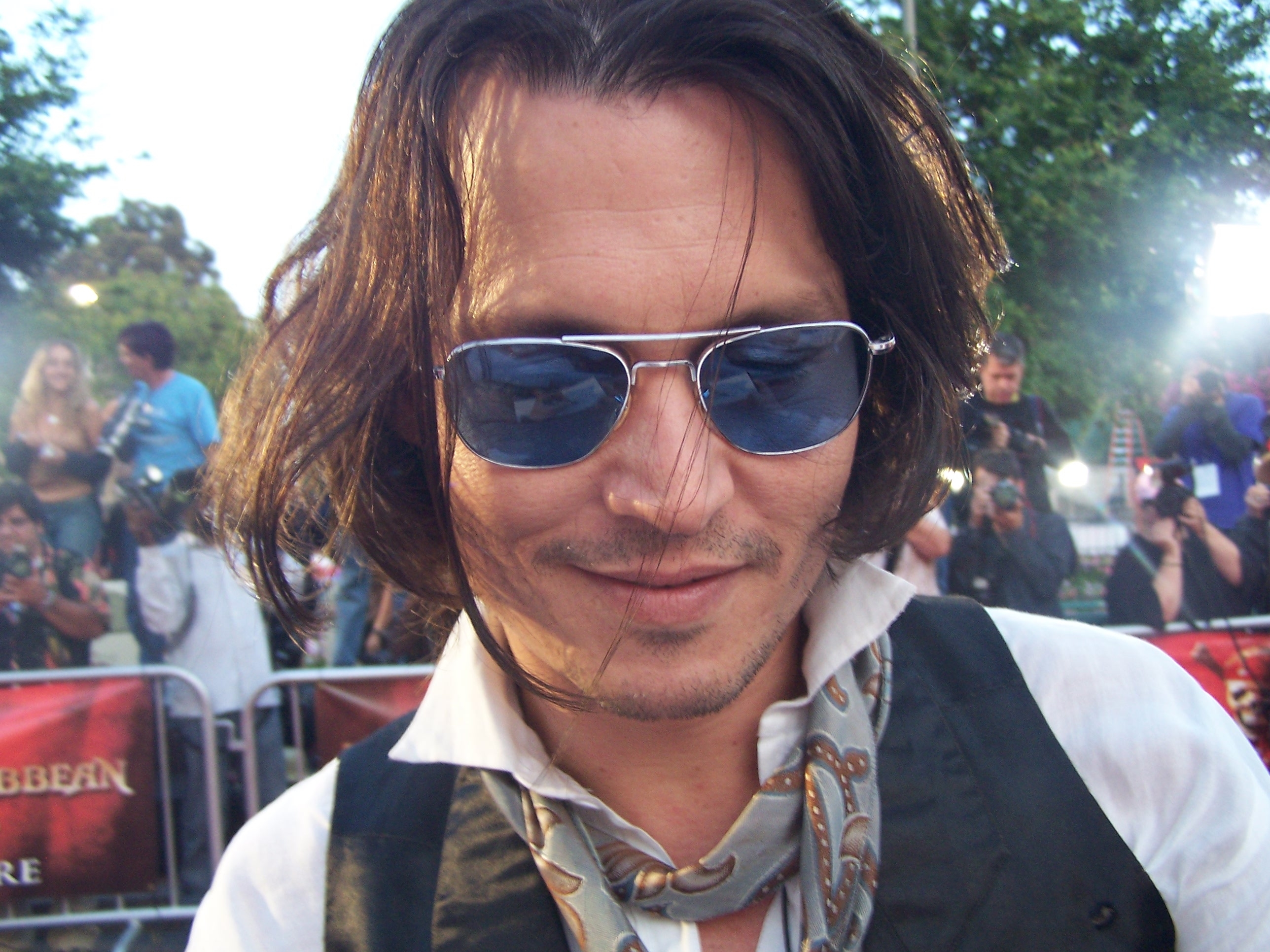 Johnny Depp is an American actor and film producer. He is one of the biggest Hollywood stars in the world. Johnny has starred in dozens of blockbuster Hollywood films. Among his many accomplishments, he has won the Golden Globe Award and the Screen Actors Guild award for Best Actor. Johnny’s anxiety is well-documented, as he talks about it in numerous interviews. Johnny suffers from Social Anxiety Disorder and Coulrophobia, which is the fear of clowns. Johnny told reporters, “It’s something about the painted face, the fake smile, there always seems to be a darkness lurking just under the surface.”

Heath Johnson writes about anxiety on his blog.