We’ve all got ways to spend our leisure time.  Some of us make crafts, some of us watch sports, some of us play games…and some of us get a little more creative.  Especially in England, for some reason. 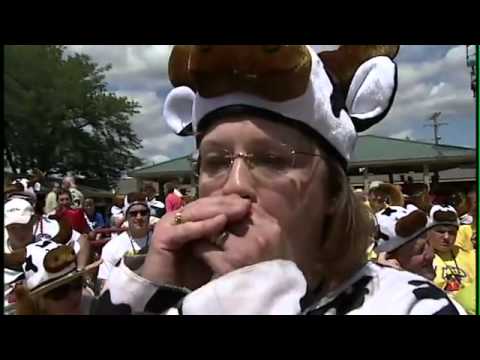 We all know there are people superb at imitating animal calls but, believe it or not, there is such a thing as competitive mooing.  Shockingly, these contests tend to take place in rural locations noted for their dairy, like Wisconsin, and wherever British people keep cows.

Yes, this sounds absolutely ridiculous, but thankfully, we live in an era of the Internet, where there is nothing so ridiculous it cannot be filmed and put on Youtube

Not ridiculous enough for you to see a grown adult in a costume doing this?  Here’s another three minutes:

Chuck Lamb is better known as the Dead Body Guy.  He wanted to be an actor but, unlike most aspiring actors, he was able to admit to himself that he wasn’t that very good at speaking roles.  So he went for non-speaking roles, namely the role of Corpse #3.

To support this, he regularly posts staged photos of his death, and hey, it’s gotten him a small career as a horror icon.  He even has online tributes: 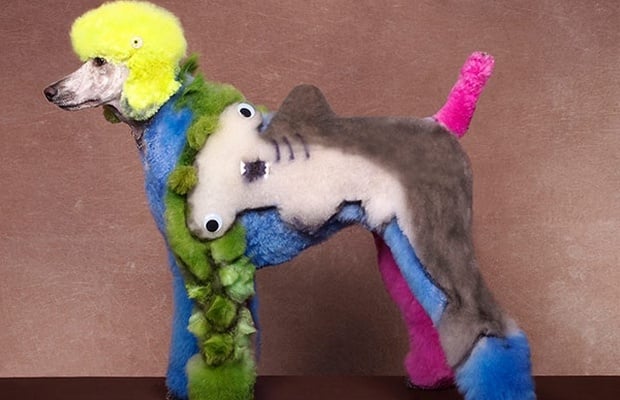 We all know about dog competitions.  What you may not know is grooming a poodle to look stupid is a highly competitive subculture.  Those photos you see floating around the Internet of a dog that looks like a Ninja Turtle, or a dragon, or a panda, or a tiger?  All real, all part of competitive dog grooming shows. 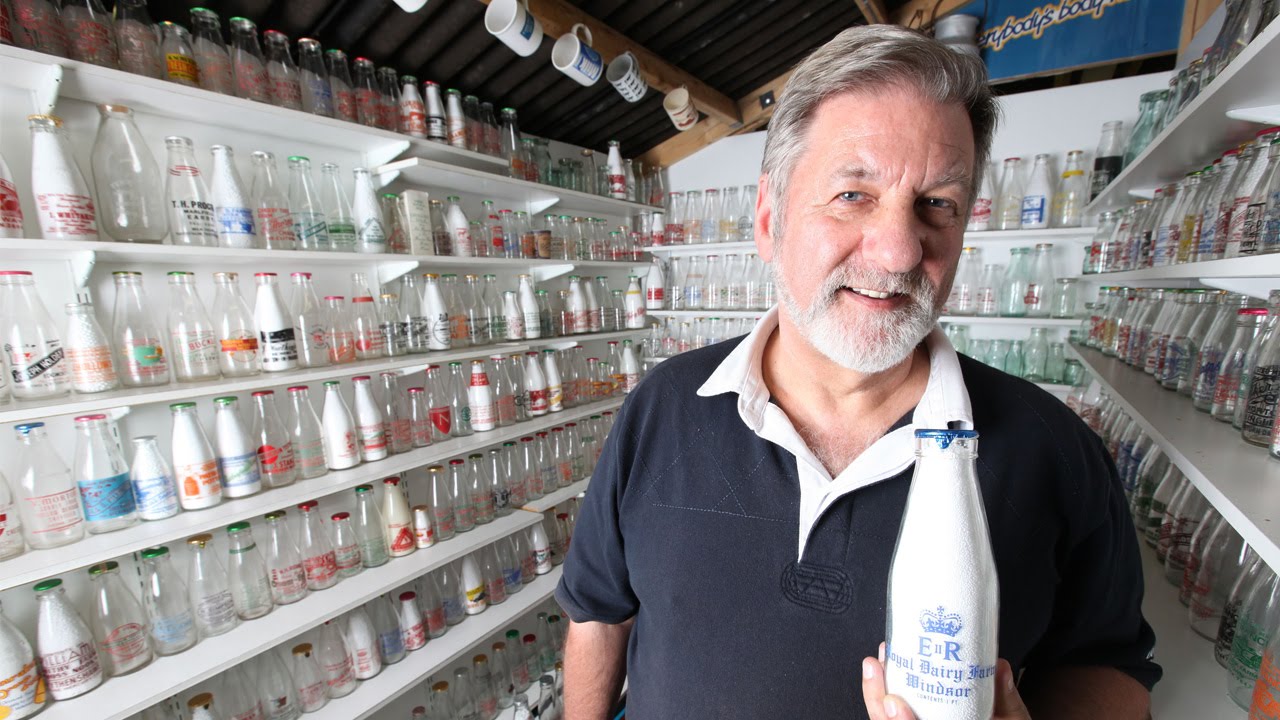 Paul Luke likes milk.  Not as in, “he enjoys a nice cold glass with lunch”, as in, “he’s kind of really into milk as a hobby.”  So much so that not only does the former milkman (and current dairy sales rep) have a milk bottle collection, he has over 10,000 milk bottles, and actually had to build a museum to keep all of them.  It’s worth explaining that for decades, milk bottles would have various kinds of advertisements and art designs on them, so it’s not just a strange hoarding thing.

However, he’s just the tip of the iceberg of an entire network of milk bottle collectors who share, trade, and talk about milk bottles.

But, hey, heck of a conversation piece!

Yep, the practice of criminals in bad prison movies is not just a character quirk, but an actual hobby.  People take bars of commercial soap and carve them into beautiful sculptures…which then have to be carefully sealed, or they’ll kind of cease to exist.

This isn’t some sort of casual thing, either: soap carving requires a whole set of tools and techniques, mostly learned by carving fruit.  Only then can you become a soap carver. This is the simple, elegant art of…uh…taking a cassette tape, like from the 1980s, pulling out all the magnetic tape from inside the casing, and using it to create a portrait of the artist.  Even as art hobbies go, this one is fairly obscure and only really got started a few years ago, but there are some pretty impressive examples of the form out there.

Believe it or not, this hobby is actually becoming fairly common among the hip right now, and some impressive portraits have been done.  It’s just not for anybody who fears for the integrity of their prized “Slippery When Wet” cassette. It’s not just the name of a movie about heroin!  It’s an actual hobby!  Trainspotting is exactly what it sounds like: people watch for trains and, when they see them, they write down the numbers of the train.  Trainspotters basically “collect” seeing certain types, tracking trains in certain regions, or seeing all the rolling stock from a certain company.

Yes, that’s all there is to it.  Yes, this is a real hobby.  Yes, more than one person does this. 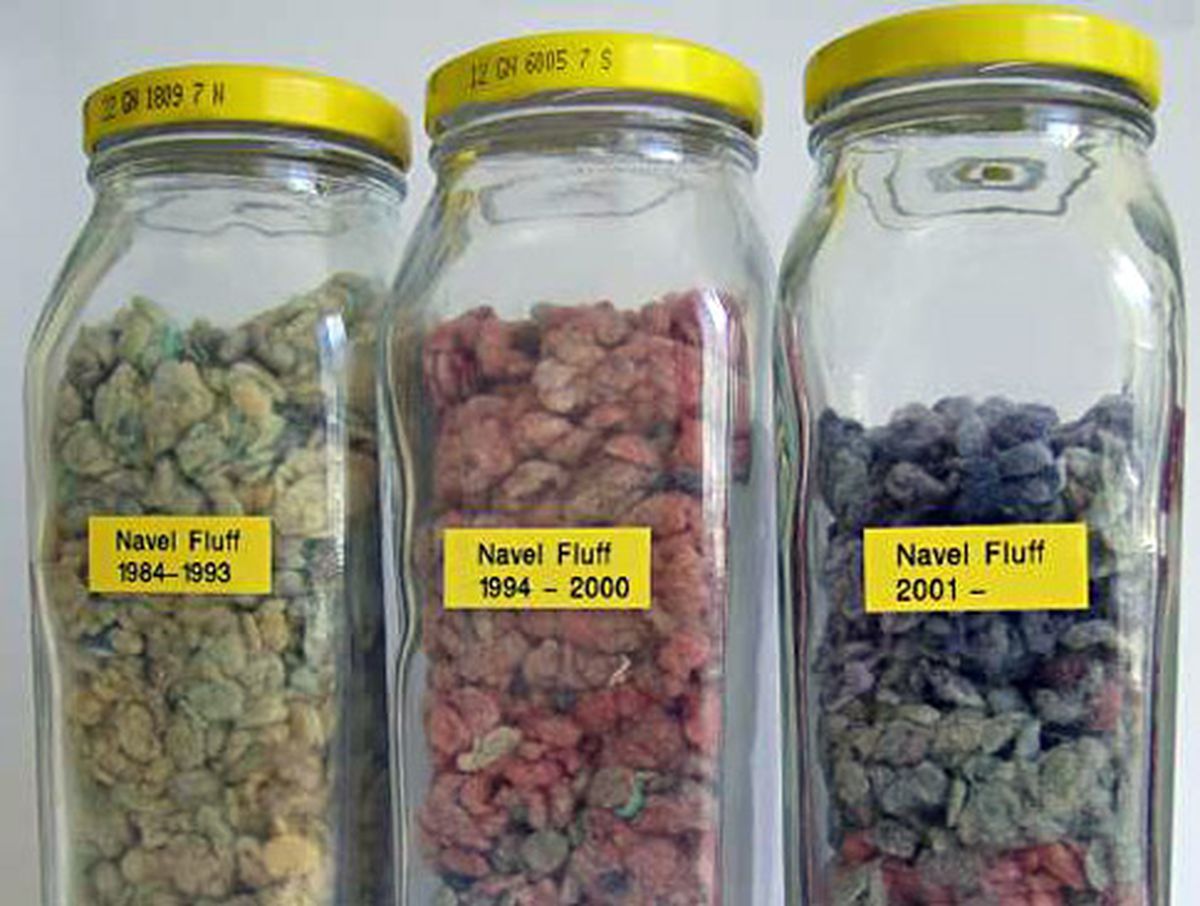 Graham Barker collects his own navel fluff.  He has a Guinness World Record recognizing his collecting of the stuff for more than twenty years.  He started in 1984, keeps it all in carefully labeled jars, and has greeted every single question about why he collects navel fluff with, “why not?”  No word on whether he’s ever gotten a reply like, “because it’s disgusting?”

All we can say is that it must be a great icebreaker at parties.  Or something. 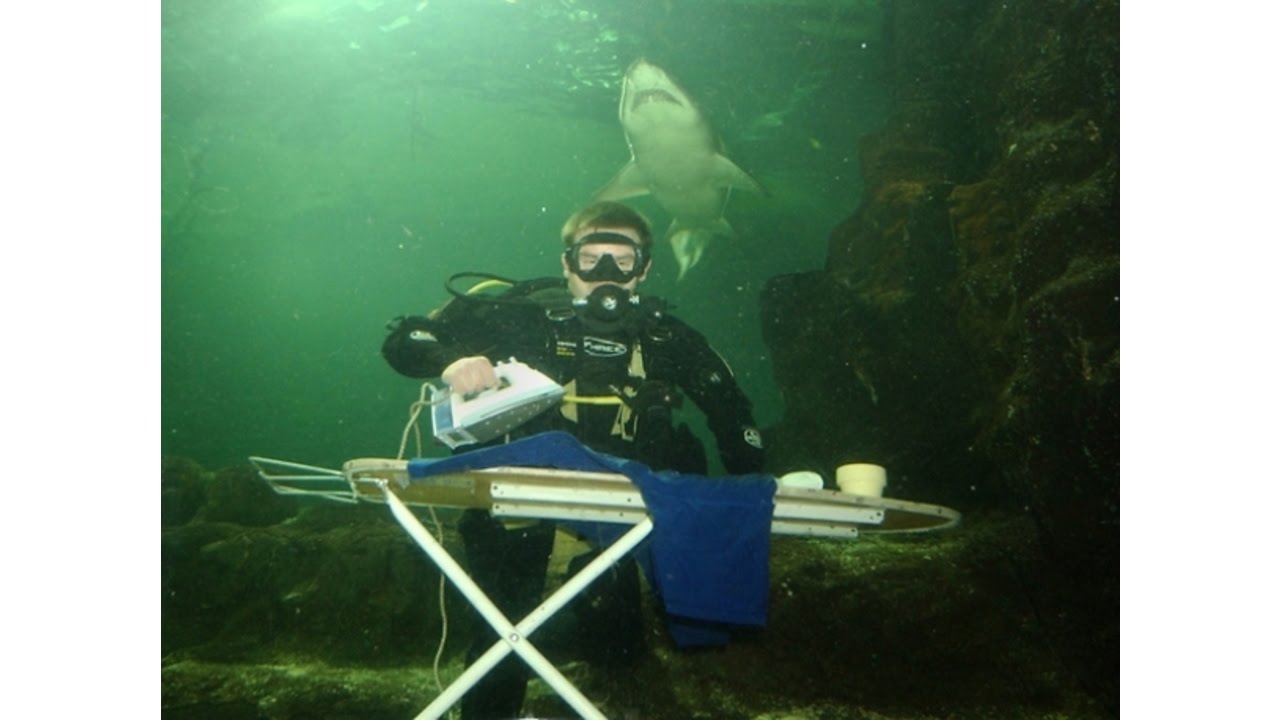 Yes, as in “removing the wrinkles from your clothes”.  That kind of ironing.  People find weird or unusual ways to set up their ironing board, do so and…iron their clothes.

Granted, extreme ironers are not entirely serious about their hobby: it’s as much about exploration, hiking, climbing, and other physical activities normal people get a hobby to avoid, as it is about actually pressing a shirt.  Even so, they had a world championship, which makes us wonder how long it’ll be before they get endorsement deals involved. If it sounds weird, well, it is, but believe it or not, it’s possible.  Essentially, you make a ball of mud and draw the moisture out of it, while coating it with finer and finer grains of soil.  Then you work the dirt, by hand, polishing it into a high-gloss sphere.  You’re making art with your hands…literally!

How effective is this technique?  The Mythbusters used it to prove that you can, in fact, polish a turd.  Not that we recommend that as a hobby.