The world is filled with dangerous animals, capable of easily inflicting any number of horrible injuries upon you or the ones you love (such as your iPhone.) However, certain animals are consistently left out of the OH GOD RUN THIS THING WILL EAT YOU discussion. This can be dangerous, because everyone knows to be wary of a tiger, but not many people know that they could be risking serious injury by going anywhere near certain other animals. Animals like … Swans are the floating asses of the bird world. Though they certainly look majestic when they’re floating casually along a river or lake, like a rubber duck made of silk and swag, swans are without a doubt some of the most vicious animals one could have the misfortune to encounter.

It’s an oft-repeated fact that a swan is easily capable of breaking a man’s arm; this is, for the most part, a myth. What a swan is capable of though, is straight-up drowning someone. Which is what happened to one poor guy in England when he was knocked out of his canoe and stopped from swimming to shore by a mute swan. It was noted by swan experts (yes, those exist) that this was presumably due to the swan in question being territorial. It was also noted that this was an incredibly rare occurrence and that for the most part, swans will only charge you, not attempt to murder you.

Then again, shark attacks are also a rare occurrence, and people still know to stay the hell away from those. So take it from us: swans are killing machines, and they have swan experts tucked under their wing. 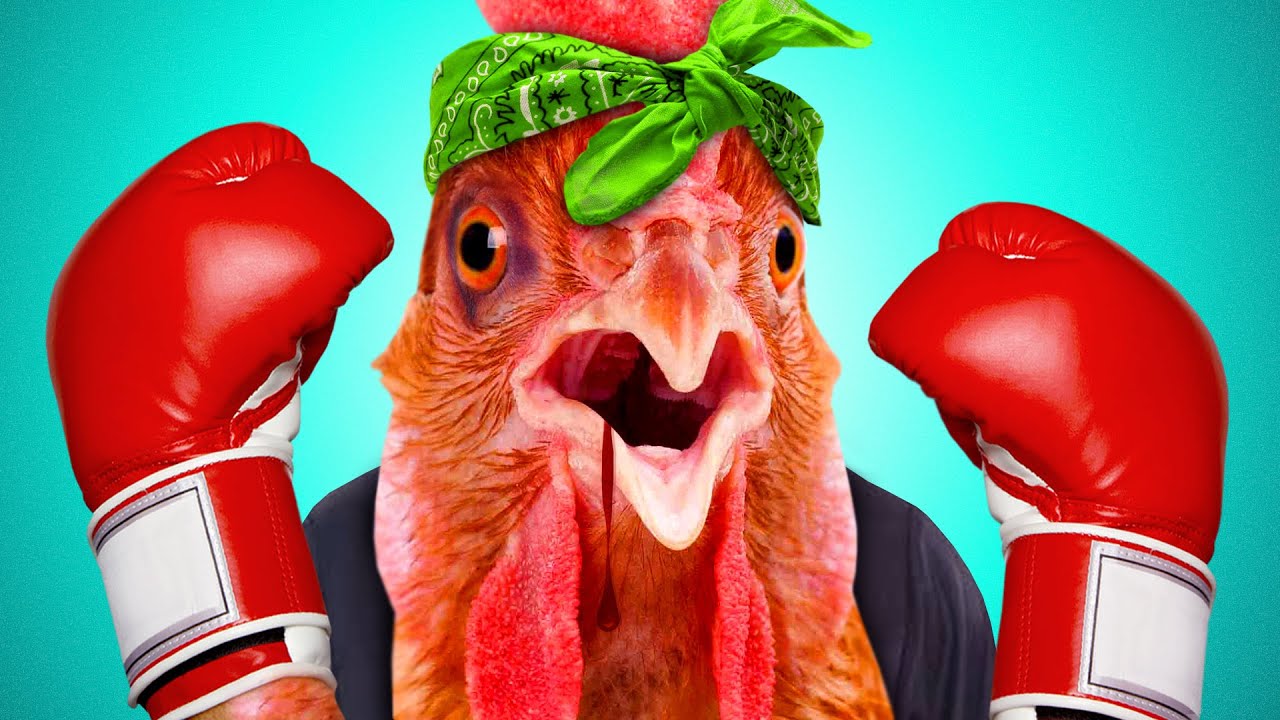 Chickens are by far one of the most useless animals in the entire world. Their only real purpose on Earth is to provide humans with sustenance, whether it’s through their supple bird flesh or their unborn young.

Which probably explains why the humble chicken has such a literal blood lust. Do you know what happens when a chicken or rooster sees blood? Simple, the chicken or rooster will lose its rag and peck whatever is bleeding to death. This is actually such a serious problem that back in the ’50s they had to fit chickens with tiny sunglasses to stop them seeing the blood. If that wasn’t terrifying enough, chickens will outright attack humans, with knives! That last sentence isn’t an overstatement.

To explain, cock fighting takes advantage of the aforementioned fact that a chicken will kill anything it sees covered in blood, by pitting two roosters against each other in a fight to the death. However, the owner of one such bird decided to give his chicken an edge, in the form of a bloody great knife he strapped to its leg. How did the chicken thank its owner for this new deadly prosthesis? It stabbed him to death. Sure you could say it was an accident, but can you honestly say you’re not a little unnerved right now, after learning that the first thing a rooster did when given a knife was stab a guy? We thought so. 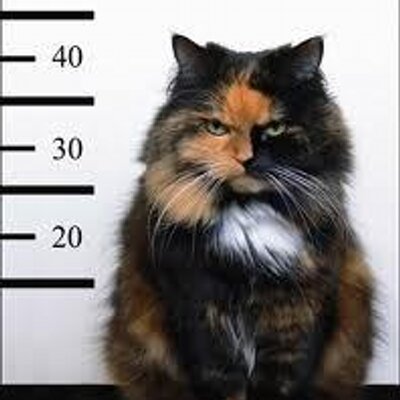 Cats, despite their almost-universal approval rating with the online world, actually hate you. Given the chance, a cat would literally poop on everything you love. Okay, so maybe that’s a bit of an overstatement, but many people seem to forget that cats have these things called claws.

Here’s another question for you: what’s the worst injury do you think someone has sustained from a cat? The answer is all of them, all of the injuries. A Cleveland man was attacked with such ferocity by his pet cat that he actually had to resort to fighting it off with a knife. When taken to the hospital, the doctors took one look at the raw meat he called a face, shrugged, and had him airlifted to a better hospital.

Of course this was a freak occurrence, but the next time a cat is on your lap, just remember that if it wanted to, if it really, really wanted to, it could scratch your grill so hard they’d need to airlift you out of your home. 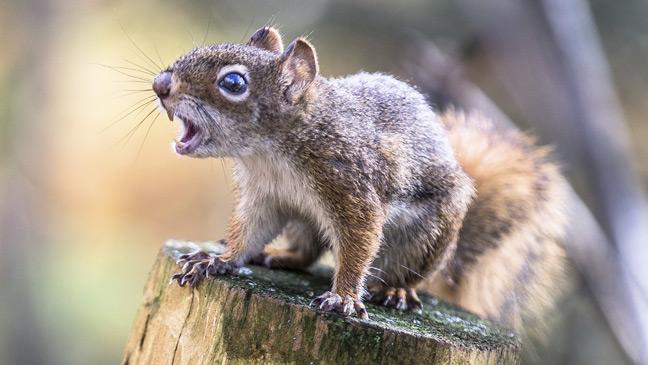 Squirrels, with their big bushy tails, actually kind of look like they’re sat on tiny furry thrones all the time. And that’s awesomely adorable. Though they’re considered pests in some parts of the world, you’d be hard-pressed to find someone who hates squirrels. That is, unless you asked one of the hundreds of people they attack every year.

Yes, squirrel attacks are not only a thing, they’re a really major thing that’s a cause of a lot of hassle for a whole bunch of people we’re glad aren’t us. For example in Bennington, Vermont locals were asked to be extra careful when walking home because of a rogue squirrel that was attacking people for seemingly no reason. In Orange County, a 3-year-old was sent to the hospital by a rogue nut bandit and, over in Russia, a gang of squirrels reportedly bit a dog to death. Now that’s hardcore! You win this time, Russia. This time. 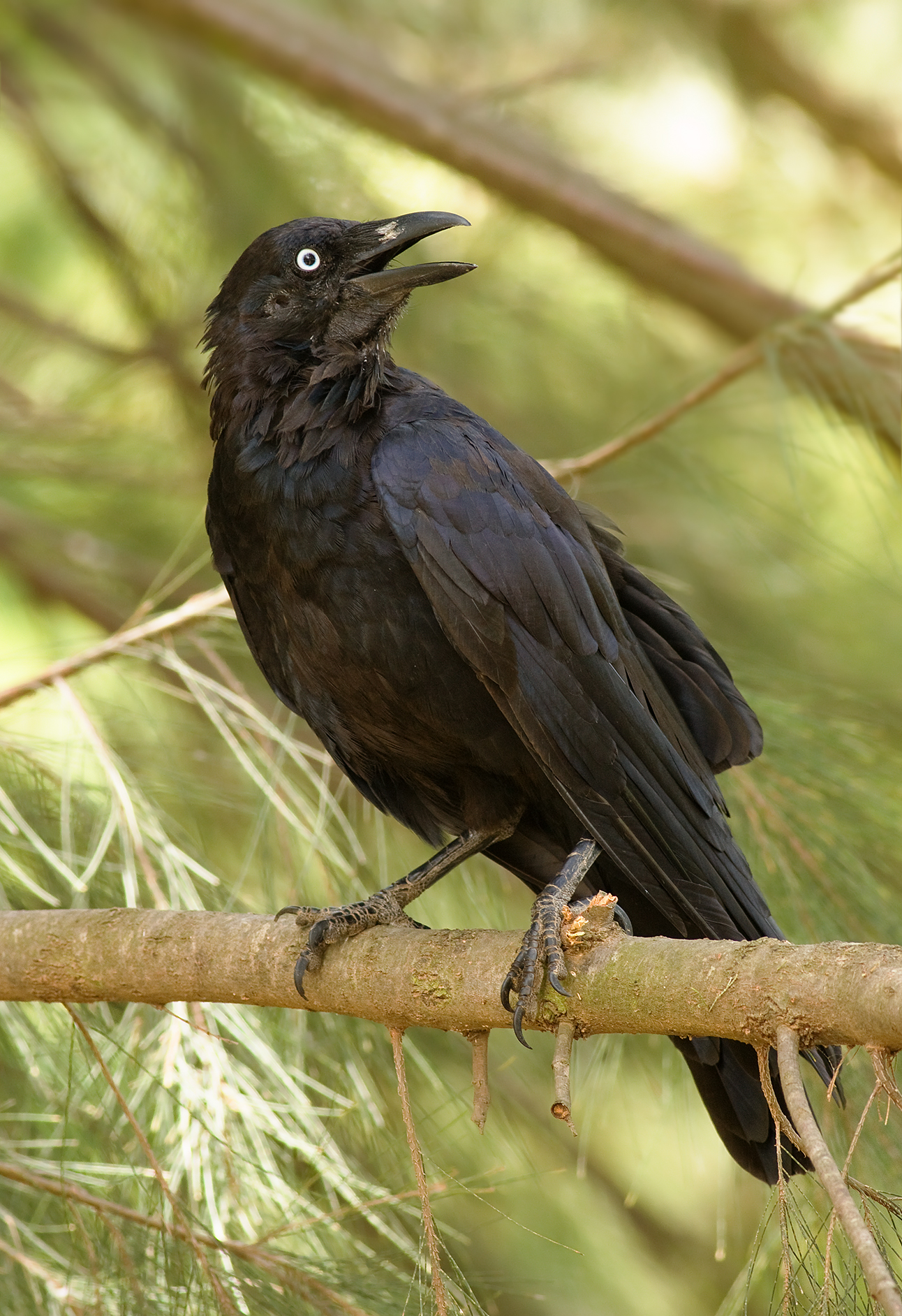 Crows are one of smartest animals we share the planet with. Their tiny crow minds are capable of complex thought, problem solving and apparently, enjoyment of harassing strangers or people they don’t like.

For example, crows have been known to harass and warn other crows about people who mistreat them. But that’s just the tip of the iceberg; even if you don’t go out of your way to insult a crow, these tiny black-clad birds will still find a reason to attack you. For example, in England several joggers suffered injuries (one was even sent to the hospital) because they ran too close a crow’s nest. The thing is, crow’s nest are way up in the trees and people can’t exactly fly. And yet the crow still felt threatened.

This means that if there’s a crow anywhere near you, there’s also a chance there could be a crow’s next, which means you could have a bullseye on your back. Man, Edgar Allen Poe had it all wrong; he should have been wary of crows instead of ravens. 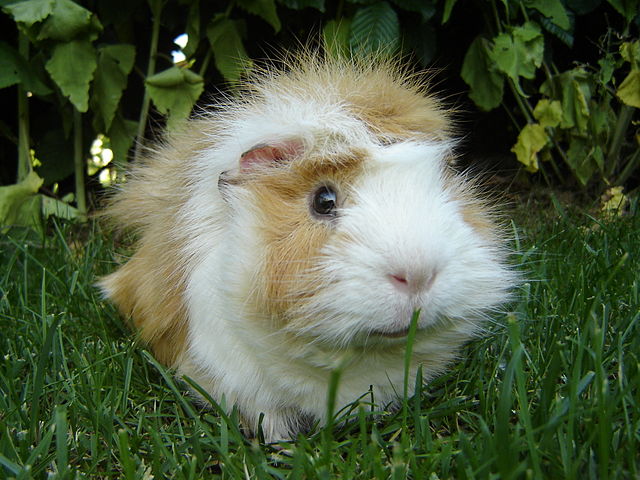 Guinea pigs are pretty much tiny furry decibel meters that double as a pet for kids too stupid to look after a pet rock. Though they certainly have their fans, guinea pigs are mostly known for being annoying as sin to anyone who isn’t currently cuddling one, since they spend all their time screaming and pooping, in equal measures.

However, the guinea pig has apparently been hiding a dark side from the public. For example, in Australia, guinea pigs cause more injuries than freaking sharks! Obviously the injuries from sharks tend to be way worse because, well, sharks finish the job. But up until you read that sentence just then, did you honestly expect to hear that guinea pigs attack people so often that the government had to warn people about them? Or that they attack people with such ferocity that paramedics needed to be called? Yeah, that’s something that happens. We don’t have to warn you about how dangerous mice are, when they attempt to kill fictional cartoon cats every other week on TV. That previous sentence is completely serious by the way. Though the humble mouse poses little-to-no threat to a human, because they’re tiny and most humans are partial to shoes with heavy soles, they positively can and do pose a threat to every other animal that crosses their path.

For example, when firefighters in Taiwan caught a deadly viper and opted to feed it a tiny mouse as a snack, they in no way expected the mouse to bite the viper to death. But hey, that’s exactly what happened. If a tiny mouse biting a snake 5 times its size to death isn’t impressive enough, you should also note this story. For those of you too lazy to click that link, basically it tells the story of another plucky mouse who stole a leopard’s dinner from right underneath its stupid leopard nose. We should probably be glad mice are that small; with balls that size, God knows what damage they could do if they were guinea pig size. We’d be too extinct to keep writing these articles. 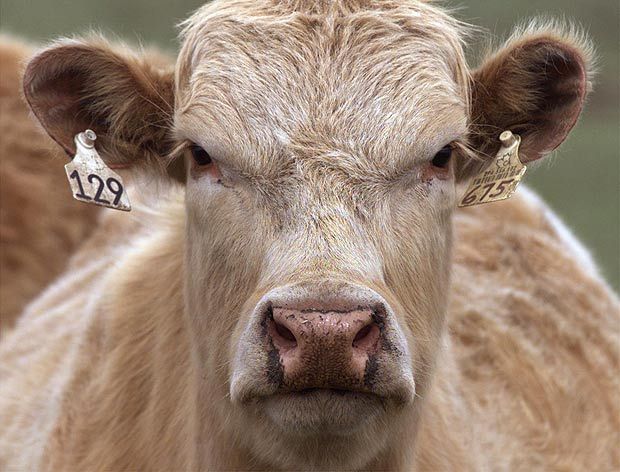 Cows are, for the most part, walking steaks that occasionally give us milk. We probably don’t have to warn you about bulls being dangerous, because there’s an entire job literally dedicated to annoying them and trying to move out of the way before they jam their horns into your torso. But cows? The biggest threat they pose to any human is being undercooked, right?

Well, no. Despite their dopey appearance and delicious taste, cows are deceptively dangerous. Because, despite everything, they’re still a 1000-pound animal full of hormones and an unbridled hatred for all of mankind. Cows have been known to trample people to death and, in less serious cases, injure them so severely they spend the rest of their lives suffering cracked ribs whenever they drive past a McDonalds.

Though cow attacks are rare, they’re far, far more common than shark attacks and result in way more deaths. The reasons for cow attacks are usually people coming near their young which is understandable but, at the same time, kind of terrifying. Since baby cows are adorable, it’s almost like they specifically evolved to look that way just to send their mothers into a rage-induced trample spree when people tried to Instagram them. Baby cows are freakin’ evil! From now on, whenever we eat veal parmesan, we’re doing so with sweet sweet revenge on our minds.

Deer are mostly known for being Bambi’s relatives and, if that film taught us anything, it’s that deer go down easy and without a fight. And can make the manliest among us weep like babies papercuts when this happens.

But who would have guessed that Disney would stretch the truth about anything, much less about how easy deer are to kill? As it turns out, a buck can easily shrug off a bullet wound and still have enough fight left in them to tackle their shooter and stomp his face for good measure. Likewise, they’ve also been known to straight-up tackle people for no reason and steal their cigarettes, because even deer understand that smoking is cool.

Though normally timid, during rutting season a buck or doe can pose a major threat to a human if they happen to interrupt some sweet deer tender time. This dangerous is so real that even the Army (you know, the guys with all the guns,) advise people to not approach a deer.

Then again: look at them! How can you not want to go pet them? They’re practically made of hugs … which is exactly what they want you to think.

Though pelicans arguably do pose some danger to people (have you seen the size of those things?) they’re not number one on this list for that. They got this spot through sheer ferocity.

You see, a pelican is universally known as that goofy-looking bird with the huge mouth. Now this mouth is mostly used for scooping up fish. Note the use of the word “mostly,” because a recent trend has started in which pelicans have begun straight-up eating other birds. Whole. Here’s a video of one eating a freaking pigeon if you don’t believe us.

Did you see that ? The pelican literally inhaled that poor pigeon and swallowed it all: feathers, bones, beak, claws, the works. To a pelican, all is edible, and all is yum-yum. This proves that, until we learn how to swallow our enemies whole, animals such as pelicans will always have an edge on us, and that’s terrifying.

Previous ArticleWhatever Will They Think of Next: Fake Eggs
Next Article The Perfect Crime